It's a long time since last August. It's a very long time since Richie Hogan clattered into Cathal Barrett and Tipperary were crowned All-Ireland Champions. It's even longer since Limerick lost their crown in a classic to Kilkenny, or since Wexford so nearly made it, or since Laois were the darlings of the summer. Championship hurling has been a long time coming, but it's back at last. This Saturday night, Dublin will meet Laois (in the dark!), yellow sliotar and all! On Sunday, Limerick and Clare will meet in a Munster quarter-final come League final. It's all a bit odd. It's all a bit precarious. But, it's back!

As we prepare for the burst of life that hurling fans have been waiting far too long for this weekend, we've been looking back on some of the great moments of Championships past. Today, we remember Marty Morrissey's glorious pre-match commentary ahead of the 2016 All-Ireland final.

Long before Marty made this speech his calling card and slightly laboured the point, even missing the first score of the 2017 final while still delivering his soliloquy, he graced us with his finest broadcasting moment ahead of his radio commentary of Tipperary and Kilkenny's big day.

Here's how Balls covered the commentary four years ago.

Some moments in sport are truly unforgettable. On the field more often than not, but every so often a piece of commentary or analysis will transcend the humble confines of the studio or the airwaves and take its place in immortality. Moments like, "They think it's all over...it is now!" from Kenneth Wolstenholm during the 1966 World Cup. Moments like Mícheál Ó Muircheartaigh's "Sean Og O hAilpin - his father's from Fermanagh, his mother's from Fiji, neither a hurling stronghold".

When the words "We now hand you over to our commentary team" are uttered, we do not tend to sit up in our seats and take notice. What follows tends to be eloquent and intelligent but forgotten as soon as the ball is thrown in. Today, however, there were shivers up more than one spine as the nation stopped and listened to an extraordinary address from Morrissey.

Referencing Irish around the world, the 1916 rising, the warriors on the field and those whom the GAA has lost over the past year, these poetic words from Marty will draw a tear from even the most hardened of full-backs.

And there was widespread appreciation for the much-beloved Clareman during his piece.

Listening to the Hurling final in Hyde Park on @RTERadio1 and getting very emotional with that intro! #1stsundayinsept

Marty Morrissey, freeing us Irishmen from our emotional awkwardness since 1994.

SEE ALSO: 'Hurling Is So Special. When You Play A Game, You Feel Like You're In A County Final' 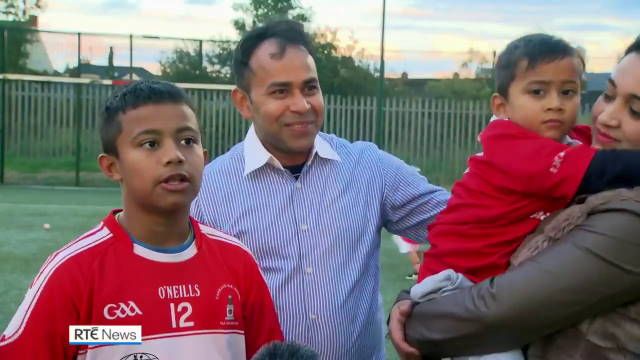