Are Mayo's footballers on their last legs?

Stephen Rochford's side will play their ninth game of the Championship this weekend, when they play Kerry in the All-Ireland semi-final replay. Their opponents have only had four games this summer, as have Sunday's semi-finalists Dublin and Tyrone.

That was followed by a run of three games (versus Cork and two against Roscommon) in successive weekends, before the team had a fortnight to prepare for the Kerry semi-final. 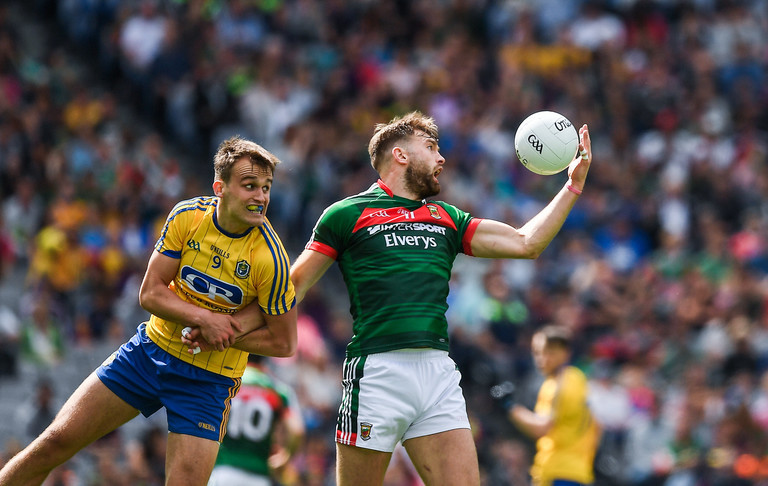 Before the Roscommon replay, many pundits were writing off Rochford's side, but could their lengthy Championship campaign be the best thing to happen to the side? In 2008, Tyrone took ten matches to win the All-Ireland. If Mayo were to finally lift the Sam Maguire, they would play at least that many games too.

We spoke to Dr. Liam Hennessy about how Mayo's campaign could be their best asset in the run-in. The Setanta College founder is a Strength and Conditioning expert and has previously worked with the Tipperary hurlers and the Irish rugby team.

He feels the perennial All-Ireland contenders may have had the "ideal build-up" to the replay.

If you ask teams, I think many of them would love to have that type of schedule because it provides a momentum in terms of continuous high-intensity games. That's very important. Your system gets used to the intensity.

While Mayo have played double the amount of games that Kerry have this season, Dr. Hennessy thinks there is no reason the Munster champions will be physically undercooked.

Kerry will have plugged in high-intensity match-play in the interim period between games. We're all familiar with the legendary Kilkenny match preparation. They too suffered from a death of competitive games in between winning successive All-Irelands.

On The Sunday Game, Andy Moran compared Mayo's Championship campaign to a league season. With six games played in the last two months, Hennessy feels the team are Mayo's team are loving playing so often.

Fatigue becomes notional now. It's more in the mindset of the spectator and the commentator. Players just love this. When you're in good shape and taper down from that, you get better...

It's a very enviable place for Mayo to be. When you contrast that with Kerry, they are long enough on the road to know how to cope with three or four week gaps.

While Dr. Hennessy would not be drawn on who should theoretically be in better shape on Saturday, he did say there is no reason for Mayo to be tired after eight games.

At this stage it's mindset, more the physiology that comes into play... Mayo can say they've been battle-hardened. Physiology only explains 15-20% of what will happen on Saturday.

If Mayo lose on Saturday, it won't be down to their long Championship campaign no matter what is said by pundits. Their epic Championship run could be their greatest strength come 3pm on Saturday afternoon.

SEE ALSO: Mayo's Championship Run "Feels A Bit Like A League At This Stage"

GAA
7 months ago
By Jonathon Lynam
All-Ireland Camogie Final To Take Place on December 12
GAA
3 years ago
By James Carroll
The Distressed Reaction To Kilkenny's Absolute Battering Of Derry In U21 All Ireland Semi-Final
GAA
3 years ago
By Cian Roche
'It Can Be Very Frustrating... That's Probably Why We Went So Mental'
Previous Next

GAA
7 months ago
By Jonathon Lynam
All-Ireland Camogie Final To Take Place on December 12
GAA
3 years ago
By James Carroll
The Distressed Reaction To Kilkenny's Absolute Battering Of Derry In U21 All Ireland Semi-Final
GAA
3 years ago
By Cian Roche
'It Can Be Very Frustrating... That's Probably Why We Went So Mental'
Popular on Balls
Football
16 hours ago
By Balls Team
Furious Clint Dempsey Smashed Window After Late Fulham Team Change
Football
18 hours ago
By Gary Connaughton
Report: Kylian Mbappe's Massive Wages Demands Too Much For Man City
Football
22 hours ago
By PJ Browne
DUP MP Calls For Rangers Title To Be Recognised In Parliament