'We Were Playing With Grovedale Tigers, A Feeder Club For Geelong'

There was a point last year at which Michael Farragher was worried about his starting place in the Corofin team.

He'd spent the summer playing football in Chicago and had returned home with some injuries.

"I was playing football over there with McBrides," said Farragher, a three-time All-Ireland winner with Corofin.

"Savage club. They look after you so well. Serious team and just couldn't recommend it enough now to be honest.

"Three more Corofin lads - Dylan McHugh, Colin Brady, Brian Raftery - were over there. It was a very tight-knit group, a mixture between Dublin players, Armagh, Mayo, we just kind of gelled.

"Unfortunately, we lost by a point in the final but overall the experience was unreal and delighted I went.

"Coming back, I kind of had a couple of knocks so trying to break my way back into the team with lads that were on Galway U20s, you're trying to fight your way back on and you're up against those lads, it's not easy."

Farragher did retain his spot on the team and played a crucial role as Corofin defeated Tuam Stars in the Galway SFC final after a replay and later Padraig Pearses of Roscommon in the Connacht decider.

A victory on Saturday and Corofin are a step close to a historic achievement: If they win this year's All-Ireland, they become the first side to win three consecutive senior football titles. It is a possibility of which players are aware but is never mentioned. Past successes rarely receive a word at what has become the country's model football club. 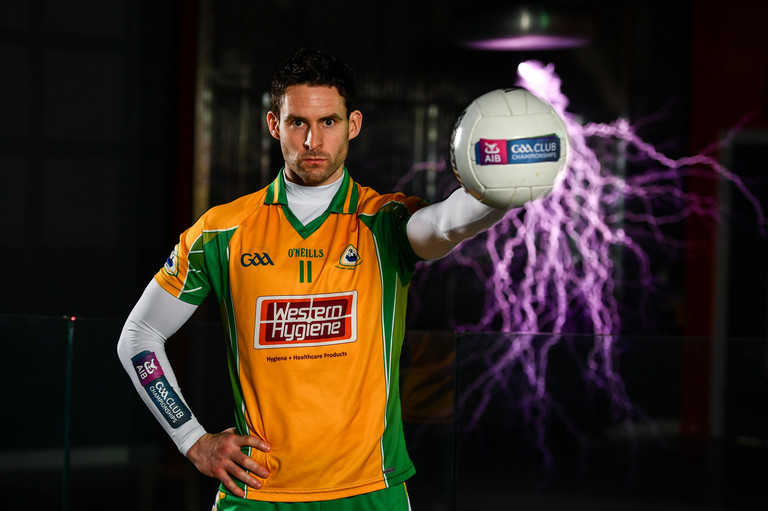 Corofin and Galway Footballer Michael Farragher stands for a portrait ahead of the AIB GAA All-Ireland Senior Football Club Championship Semi-Final where they face Nemo Rangers of Cork on Saturday January 4th at Cusack Park, Ennis. Photo by Sam Barnes/Sportsfile

A decade ago, Farragher was in a very different spot. He was yet to win an All-Ireland medal and he and Corofin clubmate Ronan Steede had just returned home from trying their hand at Aussie rules.

"We were playing with Grovedale Tigers, a feeder club for Geelong," said Farragher.

"We were there for a couple of months. Obviously coming back then, missing the football probably a bit too much.

"We came back two weeks before a county semi-final against Tuam, we ended up losing that game. It was a hard hit to come home from Australia and lose, be knocked out of championship. That was 2010.

"It was nice, it was something different. At the end of the day, it's not football either. It was nice to do it and I would have probably regretted it if I didn't go along and do it. It was a nice experience in Melbourne and I spent a good bit of time in the Gold Coast as well.

"There's no real what ifs because we've been so successful with Corofin. We're blessed. I remember I was over in Australia and on my screensaver on my phone was the Corofin team from '98, the team that won the All-Ireland.

"And on the other screen when you closed that was the current team. So you were just dying to get back, you missed it that much."

AIB is in its 29th year sponsoring the GAA Club Championship and is delighted to continue to support the Junior, Intermediate and Senior Championships across football, hurling and camogie. For exclusive content and behind the scenes action throughout the AIB GAA and Camogie Club Championships follow AIB GAA on Facebook, Twitter, Instagram and Snapchat.</em

See Also: 'There Are A Lot Of Well-Run Businesses In The Area, Players Tend To Stay Around'