Laois manager Mike Quirke described his side's second half performance against Westmeath on Sunday as being "pathetic".

Laois went into the half-time a point ahead, but added just two more points in the second half as Westmeath won by 16. With no backdoor in this year's championship, their season is over.

"Pathetic, pathetic, whatever word you want to use," Quirke - who stepped down as Laois manager on Monday - told Midlands 103.

"It was not good, and we understand that.

"We put in as much as we could into the first half, and we were trying to replicate that as best we could in the second half. For whatever reason, we were unable to do it.

"You can say the same thing about [the National League Division 2 relegation playoff against] Down. We played as well as we could in the first half, and never came out of the traps in the second half.

"The bottom line is it wasn't good enough. We haven't been good enough all year. That's as a management [team] and players. It's the one collective. It's not their fault, it's not our fault. No one of us have been good enough in what we've tried to do.

"It was a big scoreline by the end. They ran through us. The sending off [of Kieran Lillis] didn't help in the last quarter, but the game was slipping away from us, even at that stage.

Midlands 103 commentator Jack Nolan told Quirke that stats showed Sunday's second half performance to be one of Laois' worst ever in the championship. That was a fact which did not interest the Kerryman.

"Do you think I don't understand that [it was really poor]? Do you think that some fella saying something on Twitter affects me more than the hurt we feel in the dressing room?" said Quirke.

"You're talking about some fella on Twitter, which I couldn't give a flying fitters about. What I care about is the players in the dressing room.

"And I know what we've invested into this as management and players, and we haven't got our reward because we haven't been good enough. Do I know why? No, I don't.

"You telling me that some fella on Twitter called it the worst performance of all-time is as about as insignificant to be now as it could possibly be." 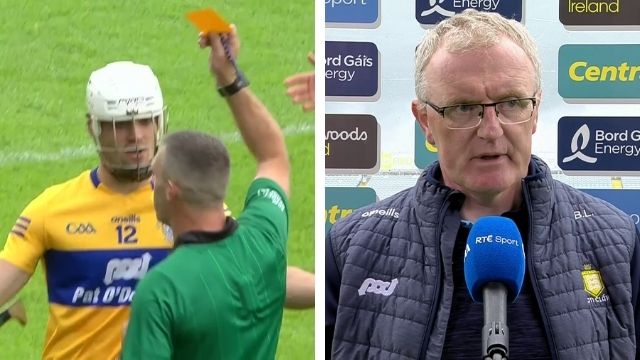