Monaghan footballer Muireann Atkinson says that her team is in constant negotiations with their county board regarding travel expenses.

Atkinson says it is costing her and her teammates money to play for their county right now.

"You know, you sit down for a meeting at the start of the year and state the things, the expectations that you want from players and it comes to a point where you’re saying, ‘What are we getting out of it?’" Atkinson said at the launch of the 2019 Gourmet Food Parlour HEC Ladies Football Championships.

"We love the game and that’s why we play it, the friendships we make and the memories and the winning is great but it costs us money to play this game now.

"You’re training five nights a week. We’re getting there by our car and petrol money, all this sort of stuff. If you could break even playing it, it would be a bonus.

"The men are making a fortune off travel expenses." 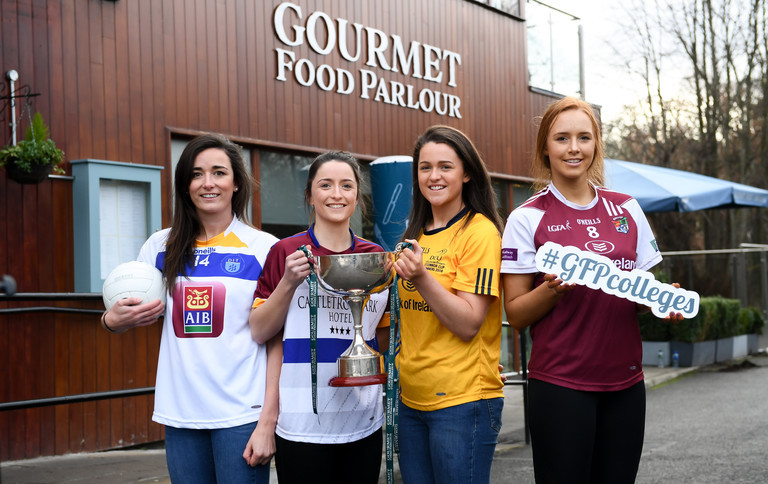 While the DCU student believes Monaghan LGFA should be doing more to diversify their revenue streams, she also thinks there is an onus on the players: they need to keep asking for more.

The money’s not there, yeah, but it’s also up to us players; I don’t think we ask for enough.

It’s as if we’re so used to not getting it, we don’t ask for it. If we asked for more, you don’t know what we’d get. If we ask for less, we’re obviously not going to get it. It’s up to us to keep asking for more and more and we might get it.

Fundraisers often happen in ladies football coming up to a final whereas you should have fundraising season in the off-season. Players, we’re focussed on playing at that stage [before finals].

Once you’re coming up to championship and league, your focus as a player is on trying to perform as best as possible, not on fundraising for a committee.

Regarding the prospect of the LGFA and Camogie Association merging with the GAA, Atkinson isn't sure. Camogie, she feels, "might get hidden a little bit in the GAA."

"Ladies football is very much out there. We have our own brand and name and it can be seen far and wide and it is growing and growing.

"They just need to keep in mind to take care of their players a bit more."

Atkinson believes that when she and others have a stage on which to speak, as she did at this week's launch, there is a responsibility to highlight the issues affecting players.

"There wouldn’t be many events like this. When you get the opportunity, you need a voice, you need to voice it and say what’s in your head, most importantly.

"If you keep all these thoughts to yourself, they’re never going to get fixed. The more people that speak out, the better."

Muireann Atkinson: 'I Got An Email Saying, 'Congrats, You're Invited To Australia' And I Just Went With It'