Mighty Mullinalaghta delivered a monumental shock today in an O'Connor Park showdown against Dublin champions Kilmacud Crokes. The huge outsiders were the first Longford club to compete in a Leinster final but secured a priceless 1-08 to 1-06 win in dramatic circumstances.

It was a remarkable feat for the small parish club but fully deserved having reduced the usually fluid Crokes to a staggering performance. Patrick Fox in particular, who has marshalled the defence expertly all year long, was superb on All-Star Paul Mannion.

Kilmacud had a dream start thanks to a Pat Burke goal, but they met a determined outfit who stormed into the lead soon after due to a David McGivney score. 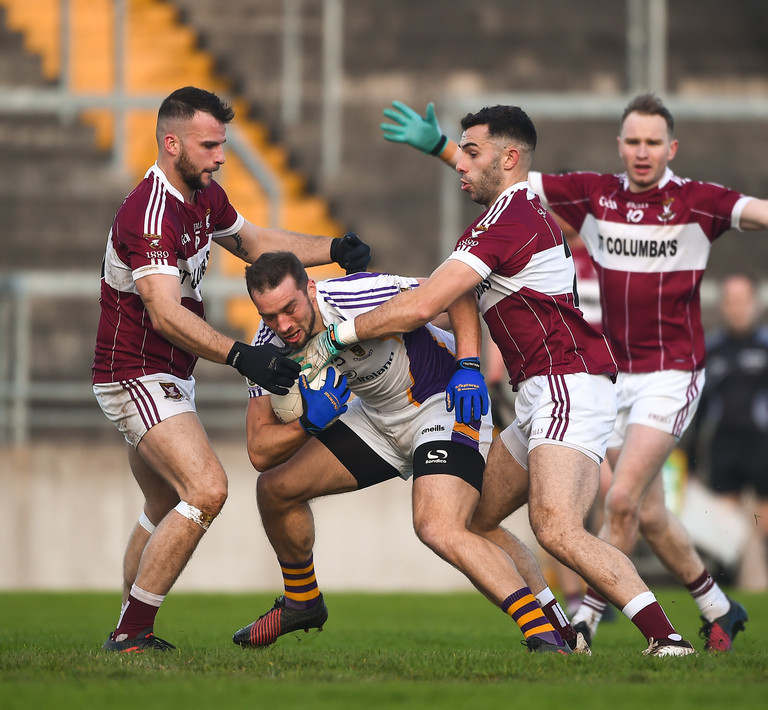 At half-time, the sides were level 1-02 to 0-05, yet the best was yet to come for Mullinalaghta. Burke and a Mannion free initially gave the favourites the lead, but David McGivney kicked a monster score to reduce the gap before the crucial moment came for his club and Gary Rogers.

Speaking to TG4 after the game, manager Mickey Graham explained that their usual penalty taker was injured and he had asked the team did anyone want to assume the mantle, Rogers stuck his hand up and assured his team-mates he was the man for the job. An hour later his opportunity arrived. He delivered and stuck the ball in the back of the net.

Gary Rogers with a penalty for Mullinalaghta St. Columba's! pic.twitter.com/UiObG8SSLE

What a win for Mullinalaghta and all Longford GAA. There will be a bit of a party there tonight I’d say. You have to love the club championship

David slaying Goliath doesn't do this result justice. Forget the Irish rugby team and the Dubs, give these team of the year right now. #TheToughest #Mullinalaghta @GAA_BEO

There’s 155 members in Mullinalaghta. Barely 100 adult members. They can just about field a full minor team with Abbeylara. Conan Brady, the corner back, has been commuting from the uk to play matches for 8yrs. Just inspirational stuff.

It finished 1-08 to 1-06. For Mickey Graham, the result was hard to put into words: "Jesus the emotion! I can't think of anything at the moment, it is unbelievable."