As he enters his 12th season as an inter-county hurler, Neil McManus feels he hasn't, in a team sense, progressed particularly far from where he started.

When he was first called up to the Antrim senior panel, the county was in the Christy Ring Cup. The middle years of his inter-county career saw its high point - a 2010 All-Ireland quarter-final where they were defeated by Cork.

Though their championship digs have been given a new lick of paint this year - they will play for the Joe McDonagh Cup in the newly established second tier championship - it's not a major upgrade in circumstances. They are still on the fringes of the big time.

"The population of Belfast alone gives you a huge opportunity," McManus told Balls at the launch of the 2018 Allianz Leagues.

How you can have a city, the second city in Ireland, producing so little is a shame. There are plans to go ahead with a Belfast plan for the regeneration of hurling. If that is rolled out correctly, there's huge hope for Antrim.

The Belfast plan is going to start in the next year or two. Already some of the structures for that are in place. The benefits of that are going to be long-term.

It's now nearly six years since McManus last played at Casement Park. He views its redevelopment as being an essential part of hurling's future in the county. 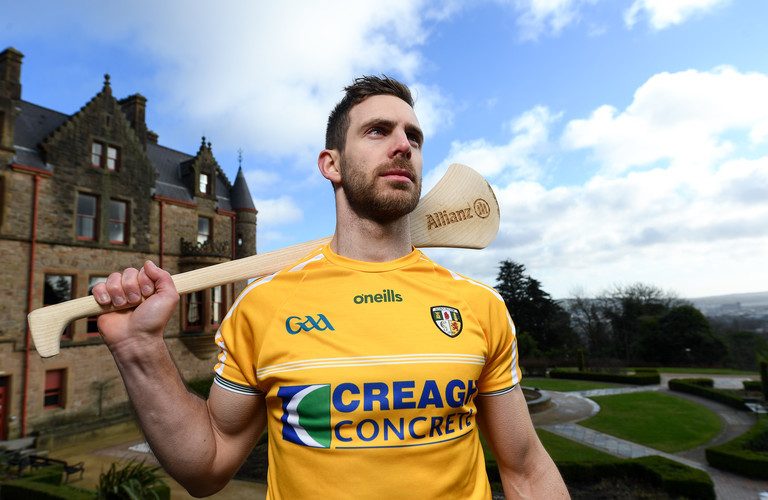 "One of the real downsides of Antrim not being based in Casement for the last five or six years is that the players who are younger than myself don't have that affinity with Belfast and Andersonstown.

"It's almost a second home to be me, west Belfast, given the amount of people that you knew and the craic in that area. Knowing the history of Casement Park - the British army took it over during the Troubles.

In this year's league, Antrim will play their home games against Limerick and Dublin in familiar surroundings for McManus: Ruairí Óg Cushendall, his home club. Though he loves the ground, it's not a growing medium which will produce fruit.

"We're nomads within our own county, based at club grounds. Casement Park would be fantastic because we had great support whenever we were based there. You can only assume that if we were back there, with some success, it would transform Antrim."

Ireland's failed bid to host the 2023 Rugby World Cup has likely struck another blow to Casement's refurbishment - funding would have become available with the stadium being a venue for the tournament.

It would be massive because I think 2012 was the last time I played in Casement Park. We need it in our county, the hurlers and footballers. We were told that we would be playing in Casement Park in 2016. Now we're starting the 2018 Allianz Leagues. How many more delays can we suffer?

Antrim begin their Allianz Hurling League Division 1B campaign away to holders Galway at Pearse Stadium, whilst Tyrone will face Galway at Tuam Stadium in the opening round of Division 1 of the Allianz Football League this Sunday, January 28th. For more, see: www.gaa.ie

Hurling
5 days ago
By Balls Team
Book The Couch: 7 Live Games Across Hurling And Football Championships
3