The dogs on the streets of Moy - if they weren't in Portlaoise themselves - must have been wondering where everyone had gone on Sunday.

Colm Cavanagh says there probably wasn't a soul left in the village at the weekend. Moy had been scheduled to play An Ghaeltacht in the All-Ireland Intermediate football semi-final at O'Moore Park.

As the Moy bus may its way through Armagh, they got a phone call informing them that the game had been called off. Heavy rain left the pitch looking like a 50m swimming pool had been constructed overnight.

Cavanagh notes there was undoubted waste in the fixture being postponed - the battle readiness of the Moy players and the expense of staying overnight in Portlaoise for the supporters who made the trip. Sill, they'll all be there for this weekend's rescheduled game.

This level of club success is an experience Cavanagh has not had previously. It's special.

"Doing it with the community, with the club and the guys you grew up with, the guys you'll be drinking pints with in 20 years is a different atmosphere and a different feeling compared to inter-county," Cavanagh told Balls at the launch of the 2018 Allianz Leagues.

One of his fellow travellers on the journey has been his brother, Sean. Recently retired from inter-county football, Moy's success has eased the transition for the three-time All-Ireland winner. Another day out at Croke Park with Colm would no doubt ease it further.

The two have played football together for Moy since Colm was 16. There have been near losses, including a defeat in the 2008 Tyrone IFC final to Trillick.

It will be something that I'll have to adapt to and tune in with. I've a new guy in the car, Harry Loughran from the Moy who's now on the panel and was on the panel last year. The conversations will be slightly different going up the road to training from when it was me and Sean.

Tiernan McCann said last week that Sean Cavanagh was a leader with multiple qualities - he led both vocally and by example. It's a description with which Colm Cavanagh concurs and also supplements. 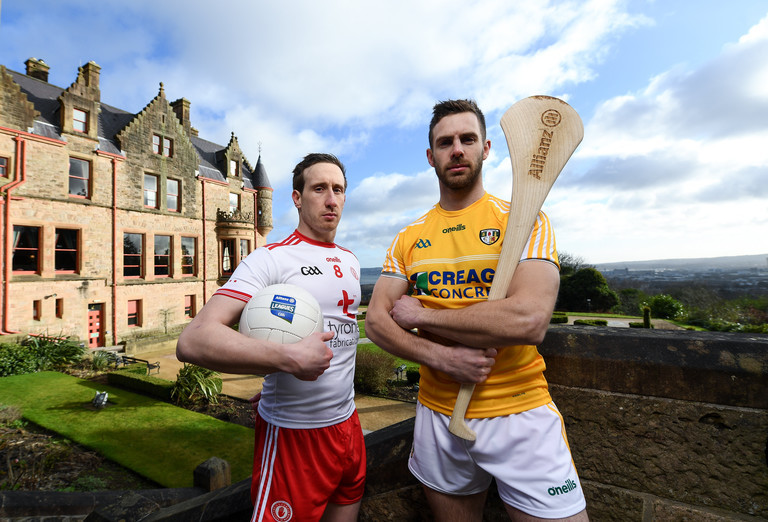 "You knew you could always count on him. You knew that if ball went in it would be won. You knew that when Tyrone got into that tight position, when you needed a dig out, that he was always the man that was going to do it.

"There was that sense of leadership by what he did on the pitch, yes he was very vocal and I suppose he thought about games and would reflect a lot on games and would point out a lot things that other guys didn't see. He was obviously very knowledgeable.

"He's going to be missed in that regard but football moves on and other guys step up to the plate.

The game which stands out in Cavanagh's mind, the one which exemplified his brother's greatness on the pitch, was played just over two years ago.

Antrim begin their Allianz Hurling League Division 1B campaign away to holders Galway at Pearse Stadium, whilst Tyrone will face Galway at Tuam Stadium in the opening round of Division 1 of the Allianz Football League this Sunday, January 28th. For more, see: www.gaa.ie

See Also: Changing Jobs Has Made All The Difference To Colm Callanan's Hurling Career