Douglas caused a major shock in the Cork Premier Senior Football Championship on Sunday when they knocked out reigning champions Nemo Rangers at the group stage.

Douglas won the game 1-10 to 0-11 at Páirc Uí Rinn. The winner's crucial goal came in the 57th minute from Daniel Harte.

"It's our first win against Nemo in senior championship. It's nice to finally get over the line. They knocked us out the last two years in a row.

"They're only two miles down the road. There's always that local rivalry. It was just amazing. You could see the emotion in Douglas. Nemo have always been on the tails, boasting about it. Now, finally, we got over the line.

"We'll enjoy tonight. Tuesday night, I'd say we'll be back in the slog. At leas we have another game, while Nemo are out now."

Nemo won the 2020 final, which was delayed until August due to the Covid-19 pandemic, with victory over Castlehaven. It meant they began the 2021 championship aiming to win a third consecutive title.

They started the group stage with a loss to Valley Rovers and win against Carrigaline, and looked to be on course for victory at half-time on Sunday, holding a 0-6 to 0-3 lead over Douglas.

"We were a bit nervous," said Powter.

"I think the average age is 23 or 24. I don't think many of them played in this kind of championship game. There were always going to be nerves at the start. I think we settled into our system and it worked in the end.

"At the waterbreak in the second half, we just said, 'We've got nothing to lose here, let's just have a crack'. You could see that people threw off the shackles and went for it in the end."

The win - their third of the group - means that Douglas top the table and head straight into the semi-finals. 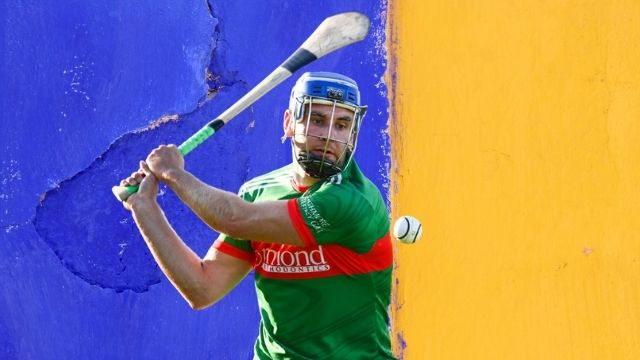