The game of hurling has travelled around the world in its two thousand year existence. But took until the pandemical year of 2020 for hurleys to be re-imagined as sex toys.

Tanya Sweeney, writing in the Irish Times today, has an amazing story from the libidinous world of New York sex cutlure. As the culture of free love reopens following the coronavirus, the cleverly-named New Society for Wellness (NSFW) was profiled in the New York Post on 22 June. In one of the maddest acts of cultural appropriation we've ever witnessed, a member of NSFW staff was photographed with an AIG hurley in one hand and a bottle of sanitizer spray in the other. 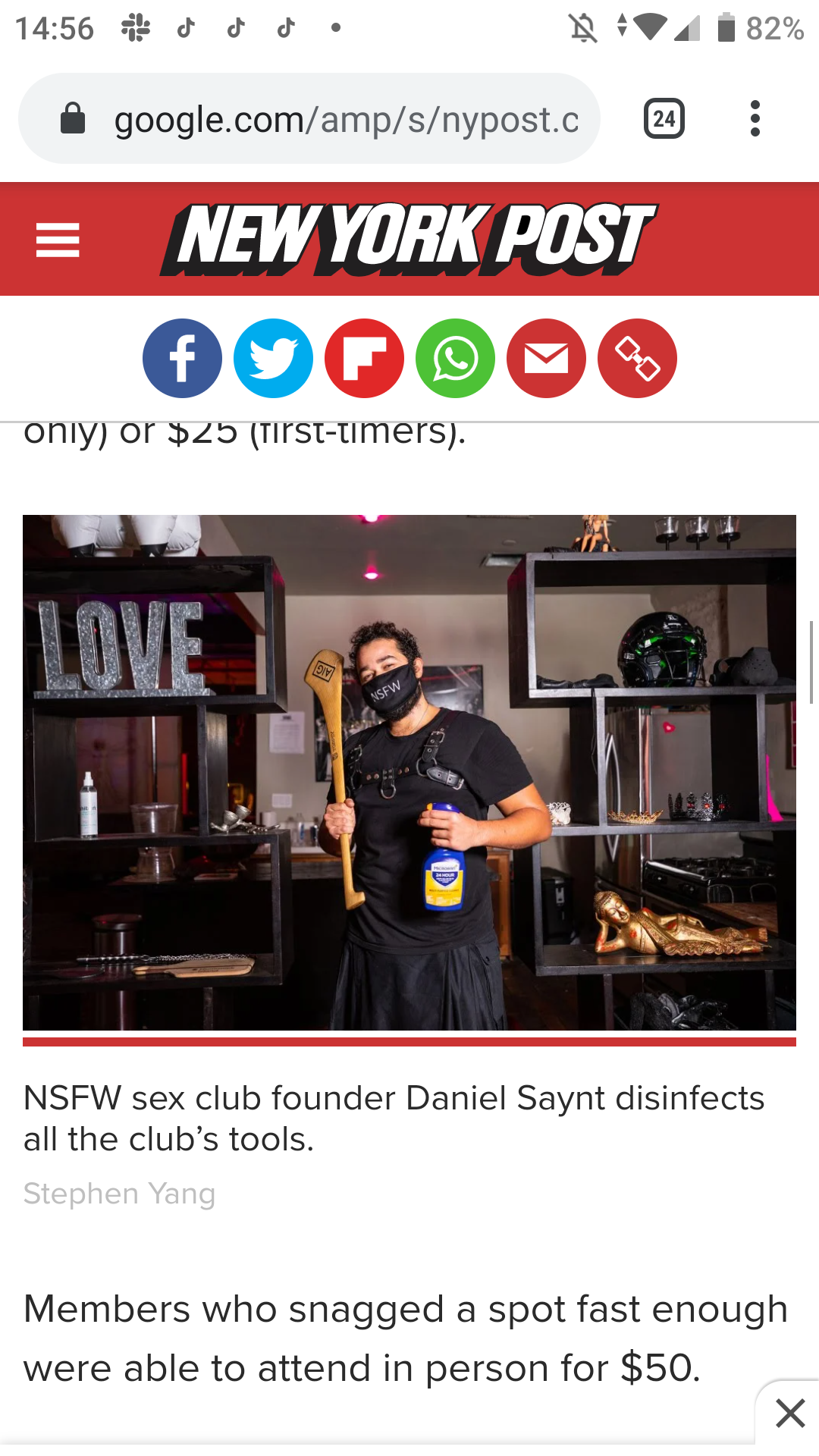 Interesting caption there: 'all the club's tools'. It appears the hurley is used regularly at NSFW, but in less common ways than was originally intended. Daniel Saynt, who's the founder of the club and the man in the photo, told Sweeney he's found a brand-new use for the cáman.

“I use it as a paddle and a cane. The long thin end is great for impact play, and the nub at the handle makes for a great tool for teasing your partner,” Saynt says.

NSFW, indeed. It's good to see that hurleys can withstand two totally different types of impact play. The modest ash tree has again given the world true pleasure.

We can't remember a hurling sex story like this since the time Tanya Tate came to Ireland nearly decade ago. It's an incredible scoop by Ms Sweeney and we heartily recommend you read the entire piece to learn more about one of the least likely places you'd ever expect to find a hurley being swung.

And yes somewhere, Michael Cusack is turning in the grave.

GAA
22 hours ago
By PJ Browne
Dublin's 2011 Class: What Happened To The Non All-Ireland Winners
3

GAA
5 hours ago
By Maurice Brosnan
'Sport Has always Been An Outlet Regardless Of How Stressful The Job Has Been'
GAA
22 hours ago
By PJ Browne
Dublin's 2011 Class: What Happened To The Non All-Ireland Winners
GAA
2 days ago
By Balls Team
Johnny Doyle's Remarkable Personal Club Championship Record Rolls On
Popular on Balls
Football
18 hours ago
By Gary Connaughton
Juventus Vs Lyon Featured Two Of The Worst Penalty Calls You'll Ever See
37

GAA
22 hours ago
By PJ Browne
Dublin's 2011 Class: What Happened To The Non All-Ireland Winners
24