Meath and Louth clashed in the Leinster Championship yesterday, with the Royal coming out on top. A tally of 27 points was enough for Andy McEntee's side but they were given a real scare by the Wee County.

However, Paddy O'Rourke really didn't help himself. After earlier being involved in the incident which led to the penalty for Louth's second goal, O'Rourke had recovered and Meath were up by a point.

A routine kick out from the Skryne man went awry, with the ball falling to Ronan Holcroft. As Holcroft went forward, O'Rourke backpedalled furiously. Unfortunately, he seemed to lose all notion of the concept of goalkeeping - as he left three-quarters of the goal unguarded.

Holcroft seemed to be aiming for a point, so must've been delighted when the ball looped in as O'Rourke simply stood by and watched.

In order to fully comprehend the mistake, here's the frame by frame:

The kick out goes awry - no big deal 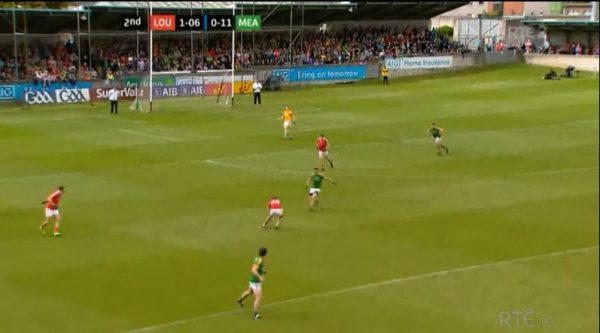 O'Rourke backtracks as Holcroft gets closer 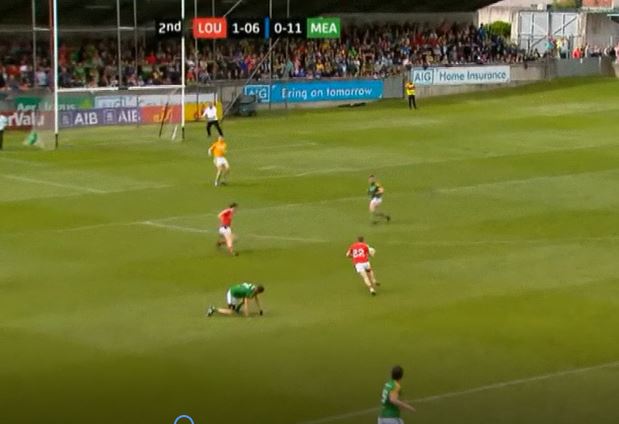 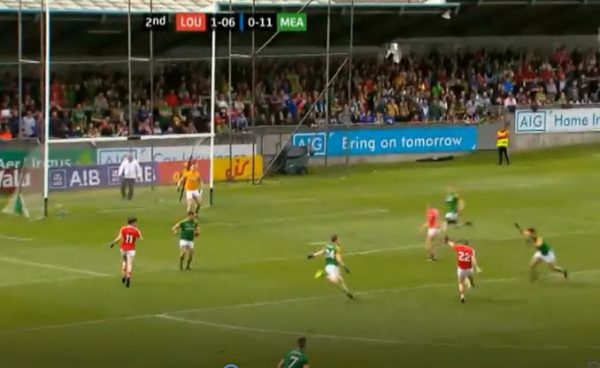 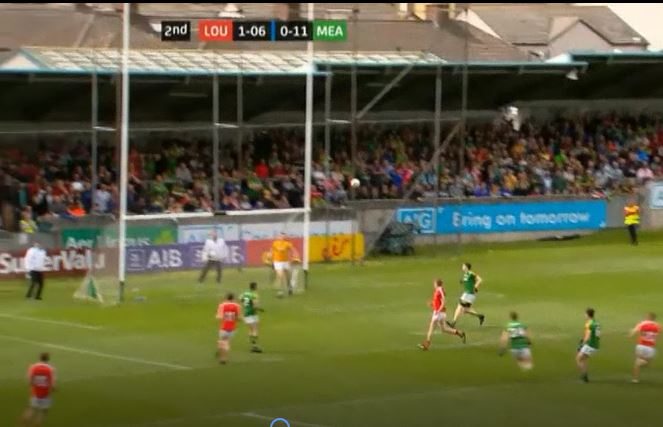 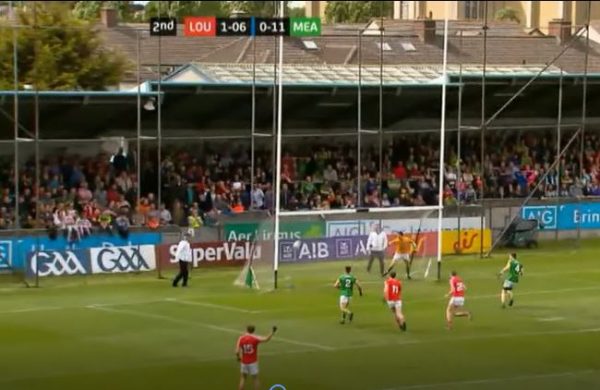 Not the first time that there's been a weird goal in a Meath and Louth clash!

McEntee's charges would recover, outscoring Louth by 0-14 to 1-00 in the final twelve minutes. They now face Kildare in the Leinster semi final on the 17th of June.The winner of that will subsequently be steamrolled by the Dubs in the final.

Had McEntee wanted to bring off O'Rourke, the Louth fans would've loved the replacement - one Joe Sheridan.