'Honest To God, We Met Them All On The Pitch And They Were In Floods Of Tears'

With age has come the odd realisation for Paddy Stapleton.

In November, Borris-Ileigh won their first Tipperary SHC title in 33 years. The Munster semi-final against Glen Rovers was to follow just a week later but Stapleton knew it was important to celebrate success.

"We definitely managed it!" he said at an AIB media day ahead of Sunday's All-Ireland semi-final against St Thomas'.

"I think it would have been worse if we tried to curtail it. I just think you need that release, and by God, a lot of them released hard. They were dead right.

"I’ve certainly been guilty in my career of winning maybe a Munster final or All-Irelands even, and turning around and getting straight on it for next time, ‘We’re going to be better next year’. You have to enjoy it and let it seep in."

Stapleton won All-Irelands with Tipperary in 2010 and 2016, starting the former game against Kilkenny at corner-back.

When he retired from the inter-county game in the winter of 2016, winning county titles with Borris-Ileigh was on his mind. 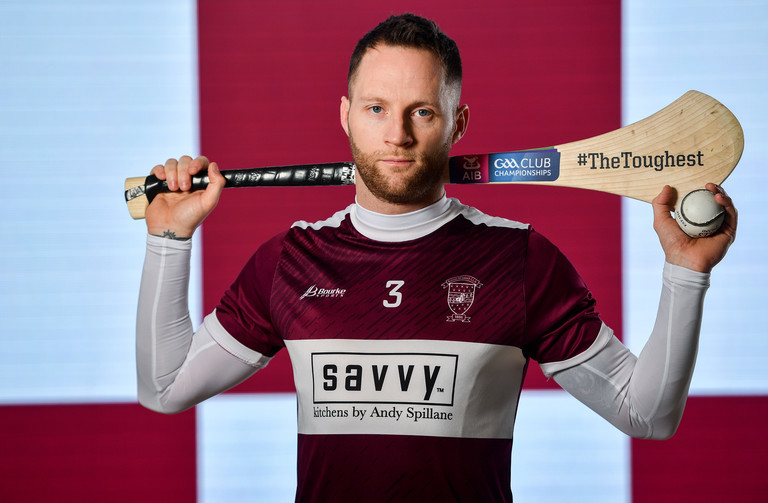 Borris reached the 2017 Tipp decider but lost to Thurles Sarsfields. Numerous injuries hampered their challenge in 2018 before their final got over the line against Kiladangan. County success was followed by provincial success when they upset the odds to defeat reigning Munster champions Ballygunner.

Now 34, Stapleton is the experienced head at fullback.

You are always trying to prove yourself as a young player, as no-one knows you, ‘Who rates you, who doesn’t rate you?’ I never felt it too bad, a lot of that was my job - that’s why I was on teams.

If you’re younger, and a lad gets a few scores off you, you’re not happy at all. You probably have unrealistic expectations because you’re so used to being dominant as a young player in your club or maybe with the minors.

I know I’m realistic about it, I’m 34, there’ll be a few points scored off you if there’s good ball going in. If I can keep my confidence and in the second half still be going as hard, then that’s what I need to be doing.

As a leader, that’s what you have to do. If you’re expecting everyone else to be on top of their game for the whole match and have a good attitude, then I have to be, no matter what.

I think even since I started playing county in '09, when I started properly playing, the movement of forwards has just gone through the roof. Like, the club movement now is better than the county movement back then and that's by a mile.

There's young players in the backline there and if their man gets a point I'd be the first to say: 'Hey you did what you could do.'

But that's all you can do, you can't let it affect you, they're always going to score. Sure our forwards are going to score, it doesn't mean their backs are bad, you can't get too down about these things.

Borris-Ileigh is a club with a rich history. In all, they've won seven county titles. Their 1986 victory was followed by national success in the spring when they won the All-Ireland title.

For Stapleton, that history has been an inspiration, never a weight on his shoulders. In Borris, even in the barren years when they struggled to get past county quarter-finals, hurling dominated the conversation.

"I feel like we've done it in the past, it's no bearing on how we do now, but it really feels like we're living up to something that is there already," he said.

"It's not a total unknown, people in the parish, they remember what went on and they are getting that feeling again.

"We know those people, we see them in the pubs and in the shops. Like they (the 1986/7 team) had a fundraiser for us on their own back, that era, so it's really brought that unity into it.

"They are a very opinionated bunch but I think most good teams have opinionated people. They always wanted us to do better now that's for certain but we knew that and we knew we could have done better.

"I didn't meet people happier than what they were after the last two cup wins. Honest to God, we met them all on the pitch and they were in floods of tears.

"Maybe there was a certain thing that was lifted off them. At last, there's somebody else to talk about when they have to talk about Borris hurling."