Monaghan's greatest son Patrick Kavanagh always had an affinity for the GAA and was reported as being a handy goalkeeper despite his fondness for the 'fly goalie' style, as well as his penchant for nominating himself for taking free kicks in the opponents half.

One of the most iconic and indeed hilarious stories about Kavanagh and his GAA career surround his involvement in the 1931 Monaghan county final against Latton in Carrickmacross.

Kavanagh was between the sticks for his club Inniskeen Rovers when a group of over-zealous supporters invaded the pitch. It took the guts of fifteen minutes to clear them off, by which time Kavanagh had abandoned his post(s).

The match got back underway and in the poet's absence, the ball was fisted into the Rovers goal and Latton claimed victory.

After the match Kavanagh, who was being blamed for the defeat, claimed he had left his position in order to buy an ice-cream.

We can only speculate as to what type of ice-cream Kavanagh deemed worthy of sacrificing a county final medal for, I'm going to plump for a Solero.

Despite this incident, Kavanagh was elected captain, secretary and treasurer for the Monaghan club the following season. He would eventually be exiled from his team however, after the incoming chairman discovered he was dipping into the clubs funds in order to fund his cigarette habit, among other things.

SEE ALSO: The Strangest Figures To Do Football Punditry For RTE 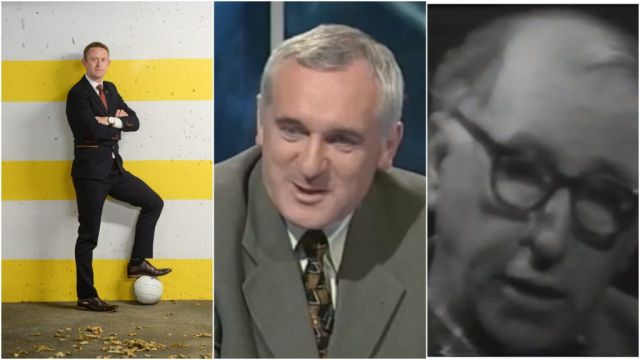