Carlow hurler Paul Coady sees the writing on the wall and a bleak future for his county without urgent intervention from the GAA hierarchy.

The Mount Leinster Rangers club man was one of Colm Bonnar's outfit that finished last in the Leinster Championship this season. It was a disappointing result after years of remarkable success, with Christy Ring and Joe McDonagh Cup victories both secured since 2017. 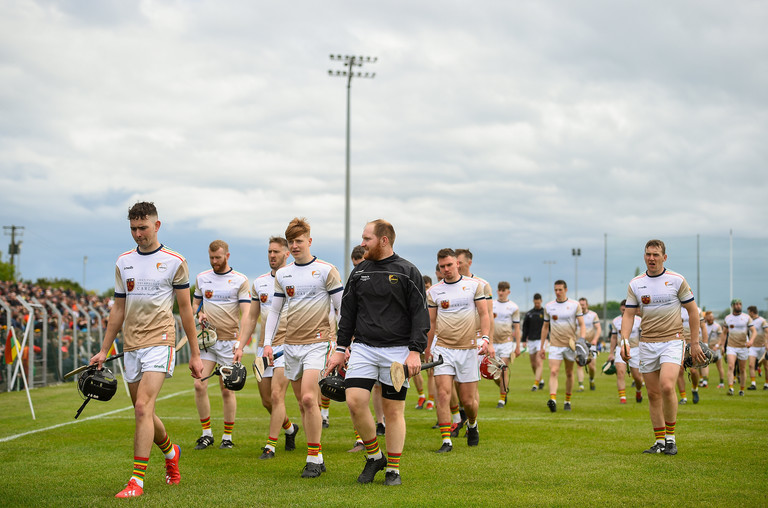 In his push for a tiered Gaelic football championship, GAA president John Horan pointed to Carlow as "a shining example to us in terms of the merit of these competitions".

A year after Coady first outlined his concerns in an interview with Balls.ie, they haven't been addressed. Speaking to the Balls.ie GAA podcast, the Three Man Weave, Coady explains why Horan's answer sells a limited dream for developing counties.

John Horan has come out with a couple of comments recently which I would disagree with, to say it lightly. If he wants to say that about Carlow hurling, well, realistically this is as far as Carlow gets then. If you were to look at Carlow hurling as a Kerry hurler, you're saying 'that's as far as you are going to get, lads.'

We are not closing the gap because the nine counties above us are so heavily financially backed. They have so much sponsorship. They have a huge playing population. They have everything well above where we are and the counties in the Joe McDonagh.

The issue of funding is a hot topic in recent weeks. Carlow's dwindling playing numbers has seen the number of senior clubs drop from eight to six down to a current total of four. For Paul Coady, the obvious solution is long-term planning with games promotion officers on the ground in clubs fighting for a future.

That takes funding. It's yet another idea seemingly not supported by decision-makers.

This week, John Horan claimed the success of Dublin is not down to money. The GAA president told the Irish Independent that 'voluntary' people deserve the credit: "If anyone made a close examination of the Dublin senior teams you'd find out that an awful lot of the work that's going into the underage structure is being done by voluntary people and not by the paid coaches."

Comments Coady is strongly critical of.

It's unbelievable to have to read those comments. There is not one player in Ireland that agrees with him.  You talk about the huge sponsorship Dublin is working off. AIG, etc, they probably have fifty sponsors.

Look at the money they get compared to Carlow in terms of games development and coaching. How obvious it is, the major funding they are getting. Do you say it's down to voluntary?

It doesn't even warrant a reply almost, it's so ignorant.

Ultimately, Coady wants everyone to come together for the betterment of the national game: "The GAA need to come down to Carlow. Come down and I'll show you where hurling is dying and where clubs are struggling to field 15."

To listen to the full podcast, search 'Balls.ie GAA' on Spotify, Pocketcast, Stitcher, Apple podcasts or any other good podcast platform and subscribe.

SEE ALSO: 'Some Of The Commentary Is Over The Top' - When Does Player Criticism Go Too Far?

SEE ALSO: 'It Is Not Happening. We're Getting Very Little Help'