There's an unwritten rule for Nemo Rangers' county players: Though they might be involved with the Cork footballers, they still have to turn up to watch club training, league games and challenge games.

It means that once Cork's campaign is over, players are not totally out of touch with what's going on with the club, and, come championship, they can slot back in seamlessly.

Paul Kerrigan and Mark Cronin were two who obeyed that rule in early August. Cronin had helped Cork to the All-Ireland U20 title on the Saturday and Kerrigan was involved as Cork lost to Roscommon in the Super 8s on the Sunday - both were there for a challenge game on what was the August Bank Holiday Monday.

Coincidentally, that game was against the team Nemo face in this weekend's Munster final: Clonmel Commercials, the Tipp champions who defeated Nemo in the 2015 Munster decider.

"We all travelled up and played," says Kerrigan.

Less than 24 hours [after playing for Cork] and we were playing with the club.

We said a few weeks [before], ‘Yeah we’ll go’. And then we were having a few pints after the Roscommon game, but you don’t want to go back on your word. We went up, played the game and after that, I was fairly tired afterwards.

I think their championship hadn’t really kicked off either. Their hurlers went to the All-Ireland, so they were probably waiting for that, so they were only getting themselves together.

Whereas we were playing in two weeks’ time, so that was our last game before championship so we were probably a bit more up for it than them. It’s kind of funny that we’re here in December.

Kerrigan says that Nemo won with a "few points" between the teams. Clonmel Commercials' Seamus Kennedy tells a different story, saying his side received "a licking" from Nemo. 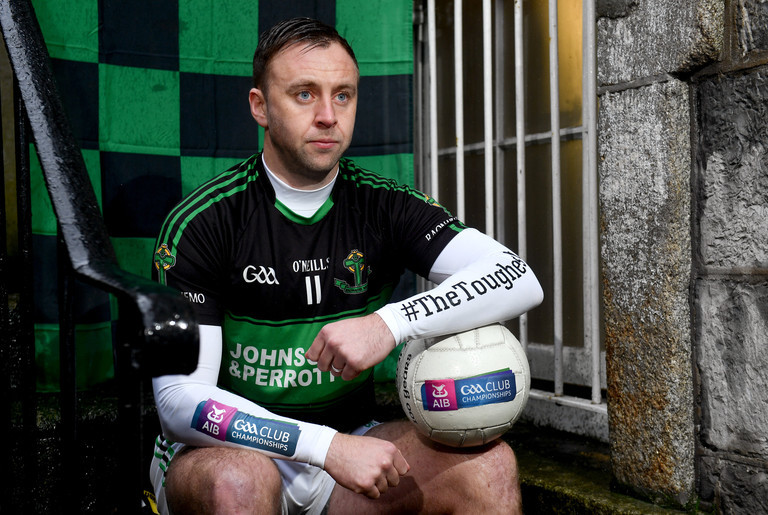 Come their second meeting this year, that August game will not on the minds of the Nemo Rangers players. Instead, it will be the 2015 final when a last gasp Michael Quinlivan goal gave Commercials a one-point victory.

"I was captain on the day," says Kerrigan.

"It was very devastating. You’re half-thinking, ‘I’m going to be lifting the cup here’.

"Literally, last kick of the game, you didn’t even have a chance to draw. It was blown up. High ball in, good swivel, shot into the bottom corner, far post.

"It took me a while to get over it. It probably took me two years to get over that. But then you’re thinking, if they beat us by a point or ten points, it still goes down in the record books that they won."

In between 2015 and now, Nemo won the Munster title in 2017, beating Dr Crokes in the final - a victory Kerrigan says helped them get over the defeat to Clonmel. They reached the final that campaign but took a beating from Corofin. There followed a hangover last year when they were eliminated at the last-16 stage of the Cork SFC by Castlehaven.

But they're back again this year and will continue to be there or thereabouts in the future, fueled by big names buying into a culture which means they give back more than they take.

"Fellas had an extra long winter, and I think that they really looked at themselves," says Kerrigan.

"They maybe worked on stuff that they needed to. A lot of lads have bought into the strength and conditioning thing now, which wouldn’t have been too big of a thing.

"Billy Morgan is a selector with us. I played with two lads who are selectors, Willie Morgan and Gary Murphy. They won All-Ireland clubs themselves.

"Even our previous management team who got to the All-Ireland club, there’s a few of them back involved with the underage as well.

"I think that culture of no one gets ahead of themselves, I think no one has the attitude of ‘what does the club owe me?’ It’s what more can I do? If there’s an ego in the club, you’d probably stick out like a sore thumb.

"It goes the whole way through. You just want that to continue."

Seamus Kennedy: 'I Left That Day And I Was Going, 'Jesus, What The Hell Is Going On Here?''

GAA
1 day ago
By Balls Team
9 Clubs Teams You'll Find In Nearly Every County
GAA
2 months ago
By Balls Team
'Bellaghy Is Known For Football. We're The Most Successful Team In Derry Football'
GAA
3 months ago
By PJ Browne
Balls Remembers: John Heslin's Stunning 2013 Westmeath SFC Semi-Final Performance
Popular on Balls
The Rewind
20 hours ago
By Gary Connaughton
Lidl Will Have Electric Scooters Available In Store Next Week
43