'I Left That Day And I Was Going, 'Jesus, What The Hell Is Going On Here?''

Though he has won two All-Ireland hurling titles with Tipperary in the meantime, Seamus Kennedy has no doubt about the highlight of his career.

It came four years ago when his club, Clonmel Commercials, beat Nemo Rangers by a point to win the Munster football title.

"That's not to devalue anything I've been lucky enough to win with Tipp or anything like that, but the couple of days in Clonmel after that... Clonmel had knocked on the door a couple of times in the '90s in Munster Club Finals and not gotten over the line.

"When we did, to see the reaction of all of those players that played, the likes of John McNamara in the club, it just blew us away, to be honest.

"My grandfather played with Commericals in the '60s on the three-in-a-row team and there are a few other lads like that.

"Just afterwards on the pitch [is a standout memory]. Michael [Quinlivan's] goal, I just kind of saw the net move because I was back further the field.

"I think just meeting my parents after the game. My brother and my grandmother, say, who goes to all the Commercials matches.

"It was her husband who would have played in those games in the '60s and unfortunately he's not here now.

"To see what it meant to that generation of Clonmel people on the pitch afterwards, tears in their eyes and everything like that, it was just unbelievable really, memories you could hold forever." 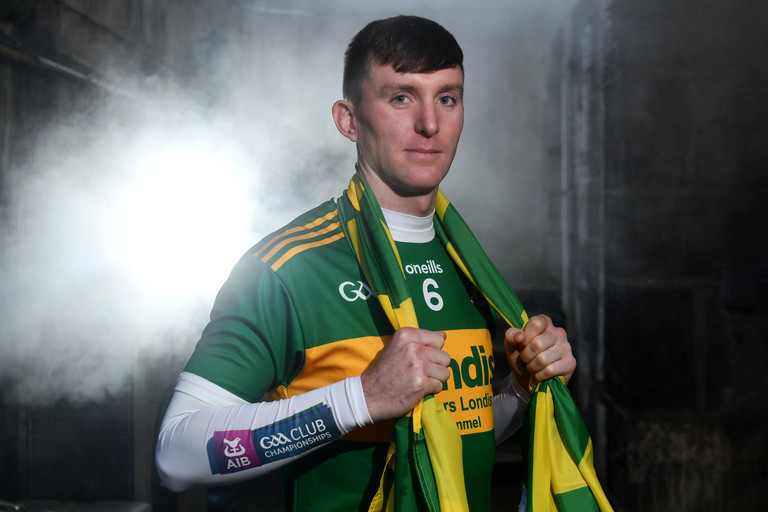 Clonmel's adventure in that 2015/16 campaign was brought to an end by eventual All-Ireland champions Ballyboden St Enda's, though, it took extra-time to separate the sides in the semi-final.

Flushing that loss from their system took time. They won the Tipp title again in 2017 but other campaigns disappointed.

At the beginning of the year, the players met, came to the conclusion they had not been putting in the required effort and decided to rectify that lapse. "The likes of Danny Madigan and Jamie Peters, Kevin Harney, Donal Lynch, all of those guys, the club guys, really grabbed the thing by the scruff of the neck and drove things on all year," says Kennedy.

Earlier this month, Clonmel beat JK Brackens to win the Tipp title - their 18th in all - and then St Joseph's Miltown Malbay in the Munster semi-final to set up another encounter with Nemo Rangers.

Coincidentally, the Munster finalists have already met this year: They played a challenge game in early August, a day after Cork lost to Roscommon in the Super 8s and their chances of progressing to the All-Ireland semi-finals were ended. It was a game Nemo won easily.

"I was there," discloses Kennedy. A week earlier, he had helped Tipp to the All-Ireland hurling final with defeat of Wexford.

I left that day and I was going, 'Jesus, what the hell is going on here?' To be honest, we felt that we were going well at the time and Nemo gave us a bit of a licking that day.

The game aside, something that really opened our eyes that day was Mark Cronin who won an All-Ireland Final on the Saturday and Paul Kerrigan who had played with Cork the day before were both there on the Monday Bank Holiday.

Tipp had got knocked out that weekend as well and a few lads were blowing off a bit of steam which they're entitled to.

But it kind of made us sit back a bit and go, 'Hold on a second here. This is why Nemo are so successful. These guys are well entitled to a weekend off, but, now, they're in Clonmel on the Bank Holiday Monday playing Clonmel Commercials in a challenge match'.

The result wasn't pretty, but, yeah, it probably made us wake up, sit up, and take notice that this is the level that these guys are operating at that we need to get to.

The Clonmel panel has evolved over the past four years. This weekend, their starting team will likely feature six players making their Munster final debut.

They've also got Colman Kennedy - like his namesake Seamus, a 2011 All-Ireland minor football winner - back from time playing college soccer in the US and League of Ireland with Limerick.

"We had our last (Tipperary SFC) group game the Sunday after the All-Ireland (hurling) final," says Seamus Kennedy.

"We were through already so I played that to get the legs moving again and get a bit of running into me.

"I love the two of them and having played so much hurling from November until August, it really freshened things up for me. Mentally, I was really looking forward to going back playing football.

"I get a fair bit of slagging now to even kick the thing. I don't listen to them! Yeah, it is [tough switching back to football]. I suppose people do just think it's the other way around that's difficult, but it is quite difficult at times to get your eye back in.

"The kicking aspect is the obvious one. We've had a lot of games and plenty of good training so after a couple of weeks, it's a bit better anyway. I don't know how much better, but it's a bit better.

"We've a great group there at the minute, so it was absolutely no bother at all. I'm absolutely loving it."

Leo McLoone: 'We Came In For A lot Of Criticism From The Media For The Way We Play'