The old adage that you should not meet you heroes for fear of disappointment does not ring true for Paul Walsh. Last week, the Kerry U20 footballer met Ronaldinho in Brazil.

"His brother Assis is his agent," Walsh explained to RTÉ Radio 1's Today with Claire Byrne about how the meeting came to be.

"He'd have millions of followers on Instagram. For some reason, a year or two ago, he created a new account. I spotted it. I just thought that this is a chance to get in contact. It's always been my dream to meet [Ronaldinho].

"I didn't have any expectations. I just fired him a message. I can't really remember what the first few messages were. I was doing a Google translate job.

"It was explaining to him how much of a fan I was, that I was a Gaelic footballer from Ireland, and that I'd love to show him the sport.

"I was trying not to be pushy because [as Ronaldinho's agent] he's going to get loads of messages from everyone around the world. I had to push it a little bit. I did explain how much [Ronaldinho] meant to me." 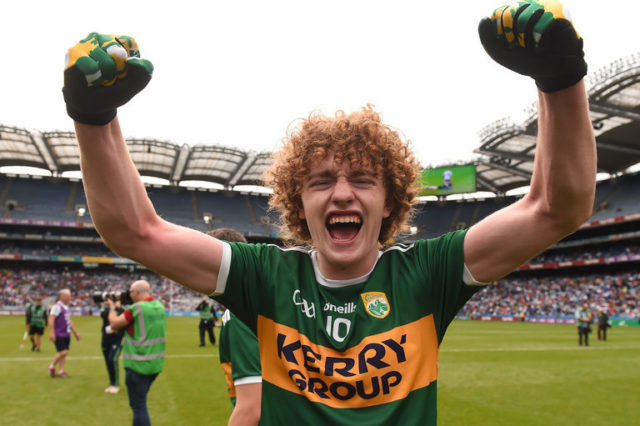 Walsh said that the first suggestion that he could meet Ronaldinho in Rio came last week, after a year of messaging back and forth with Assis.

"I just woke up one morning, and there was a message saying that they were on holidays in Miami," said Walsh.

"They were going back to the house in Rio de Janeiro.

"He sent a message saying that they could arrange to meet in Rio. I was just over the moon. I couldn't believe it.

"There always was [a thought that this could be a scam]. At the same time, his account is verified. He has loads of followers, and he was verified by Ronaldinho's Instagram to be his agent. I just said I'd take a chance on it."

Walsh did not tell anyone about his trip to Brazil.

"There were a few reasons," said the 2018 Minor Footballer of the Year.

"I didn't want to be worrying my parents, that I was going off to what they think would be a dangerous country all on my own. They just think that I could be getting catfished. Imagine if you told your parents that you were going off to South America because someone had texted you on Instagram saying that you could meet Ronaldinho.

"I just didn't want to tell anyone in case it didn't happen. It could really not have happened. Even when I got to Rio, I was outside the gate for hours, and I didn't think I was going to left in because no one knew I was coming. Apparently, he wasn't in the house or he was asleep.

"There's a complex with loads of big houses, and a gate with security guards to even get onto the streets. I had to hand in my passport, which I had already sent to Assis.

"I was just sitting on the kerb with my bag [for two hours], wondering if I'd wasted all my money on the flights.

"Finally, Assis or somebody got through to the housekeeper. I got driven up to the house by a security guard. I met the housekeeper, and she gave me a cup of coffee. Ronaldo - we'll call him Ronaldo because that's his name - he was in bed asleep upstairs.

"I was just sitting there in his living room for a while. Then his friends came over. I think they were planning on having a party. We had a few drinks by the pool until he got up. He came downstairs and I met him."

Yerra he’s not bad ?#FootballLegend Could he start against Tyrone???? https://t.co/JCUsLKif4V

Exactly how images of him in Brazil got out so quickly, Walsh isn't sure.

"I'm still trying to figure that out," he said.

Walsh said that Ronaldinho was able to hold a conversation in English, and that he showed the World Cup winner some clips of Gaelic football.

"We watched the Copa Libertadores in his living room," he said.

"I was talking to him about his career. It was the first time in my life that I was genuinely starstruck. It was a weird feeling. I've never felt it before.

"He was genuinely impressed by [Gaelic football]. I don't know if he was just being nice. He was genuinely the nicest person you could ever meet. The first thing he did when he came down the stairs was to come over and give me a hug. I presented him with the jersey then.

"He signed all my jerseys, and then he asked me to sign the jersey that I gave him. It was a dream come true." 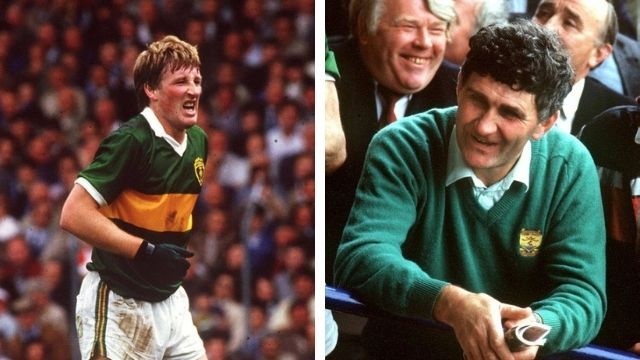