Peter Canavan believes the All-Ireland football semi-final between Cavan and Dublin should be not be played in Croke Park.

Cavan progressed to the semi-final with a shock Ulster final victory over Donegal on Sunday evening while Dublin had a facile win against Meath in Saturday's Leinster final.

Though Croke Park is not the official home of the Dublin footballers, nearly all of their home games over the past decade have been played there.

Their October National League win against Meath, which was played at Parnell Park - the home of Dublin GAA - was their first game at that venue since March 2010.

"First of all, I was expecting Dublin to be playing Donegal in an All-Ireland semi-final," Tyrone legend Canavan told BBC Northern Ireland.

"Being the year that it is, absolutely I think Cavan should be playing Dublin in a neutral venue. Croke Park is going to be empty anyway. There's no reason why the game needs to be played in Croke Park.

"I would imagine the powers that be in Cavan would be making that point. There's no doubt about that, that Dublin perform much better in Croke Park. Even this year, the three games they played, two were in Croke Park and they won both games by, what, 20 points. The game in Portlaoise wasn't the same.

"It makes it a more level playing field and I believe Cavan would be well within their rights to ask for a neutral venue.

"Be it Mullingar, Pairc Esler in Newry, absolutely. I think it gives them more of a fighting chance and wouldn’t it be great to see?”

Dublin defeated Meath by 21 points at the weekend and Laois in the semi-final by 22. Both games were played at Croke Park. In the quarter-final win against Westmeath, which was played at O'Moore Park in Portlaoise, the margin of victory was 11 points.

Cavan meet Dublin in the All-Ireland semi-final on December 5th while Mayo play Tipperary in the other last-four game the following day. 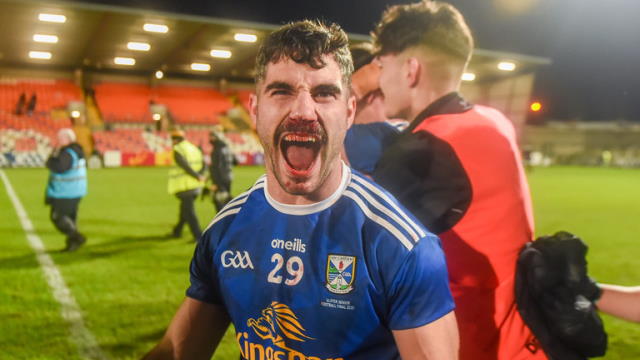