The Leinster SFC semi-finals will take place this weekend, with Meath, Kildare, and Westmeath still in the hunt to stop Dublin from winning a 12th provincial crown on the bounce.

While Dessie Farrell's side are not the power that they once were, they will still be strong favourites to get the job done against Meath on Sunday afternoon. In the other game, Kildare are fancied to overcome Westmeath.

These games will take place as a double-header in Croke Park, a decision that has been questioned. Many feel that playing in a half-empty stadium could suck the life out of what should be a big occasion, Peter Canavan included.

Speaking to Sky Sports, the former Tyrone star said that the Leinster Council would have been better served having these games in provincial grounds such as Portlaoise or Tullamore.

St Tiernach's Park in Clones was resplendent for Donegal-Cavan. A good crowd packed into the venue on a warm summer's day, and it made for a brilliant atmosphere.

Likewise in Páirc Uí Rinn on Saturday; the smaller venue added to the contest.

The Leinster Championship semi-finals are set for Croke Park on Sunday. If the Dublin-Meath game were to be held in Portlaoise or Tullamore, it would make for a better spectacle. Likewise Kildare vs Westmeath.

Instead, they are taking the games to Croke Park, where the stadium will only be half-full.

As for the matches themselves, I expect the Leinster final to be a repeat pairing of 2021.

Kildare look to be heading in the right direction, and they should overcome the Lake County.

You're not too sure what you're going to get from Meath. There was a spring in the Dubs' step against Wexford. Granted, you have to factor in the quality of the opposition, but they appeared to be moving well. The return of Con O'Callaghan has given them a massive lift.

It is difficult to argue with Canavan's thinking here. Playing matches in a smaller stadium which is full to capacity certainly only adds to the atmosphere.

Of course, the fact that many see Croke Park as a home advantage for Dublin only adds to the argument to bring the games elsewhere.

It has worked in other provinces, where games are not always necessarily held in the largest available venue. The Leinster Council would perhaps be wise to follow that example moving forward. 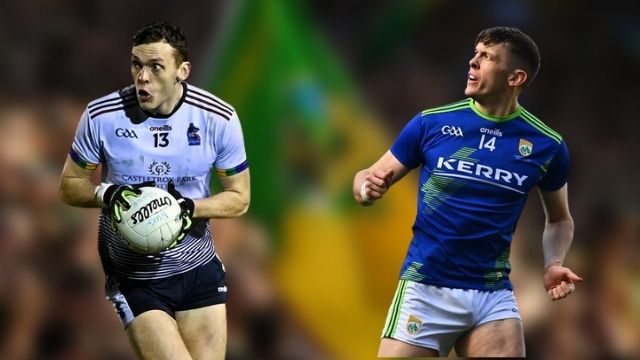