A frustrating fall away for Mickey Harte's side, Peter Harte epitomised this frustration during a first-half incident involving Dublin's John Small.

Involved in an off-the-ball collision, it was spotted from a distance that Harte may have made some move toward the Dublin man with his hand.

However, looking relatively indiscriminate even from a significant distance, Small's reaction was widely deemed to have been rather exaggerated.

Something Harte didn't take too kindly to. 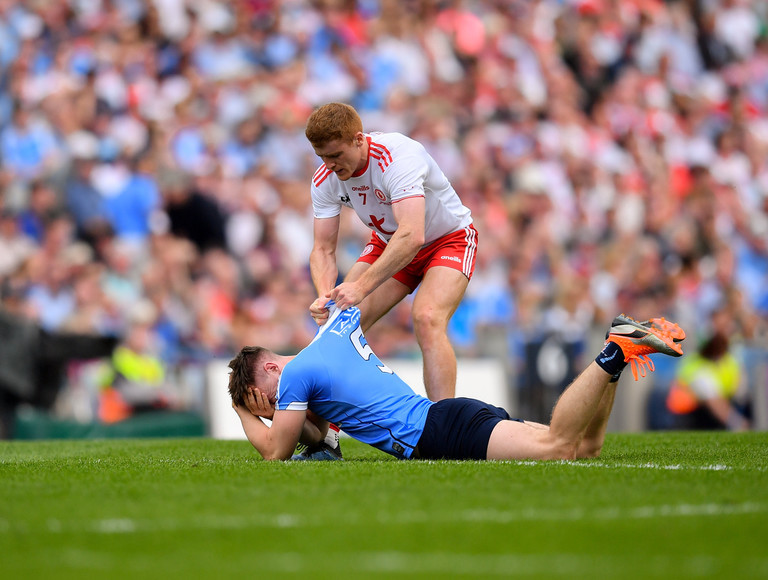 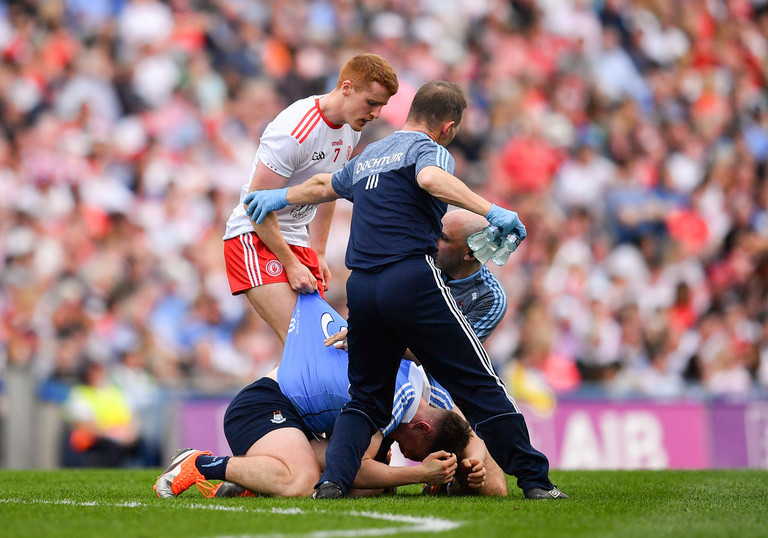 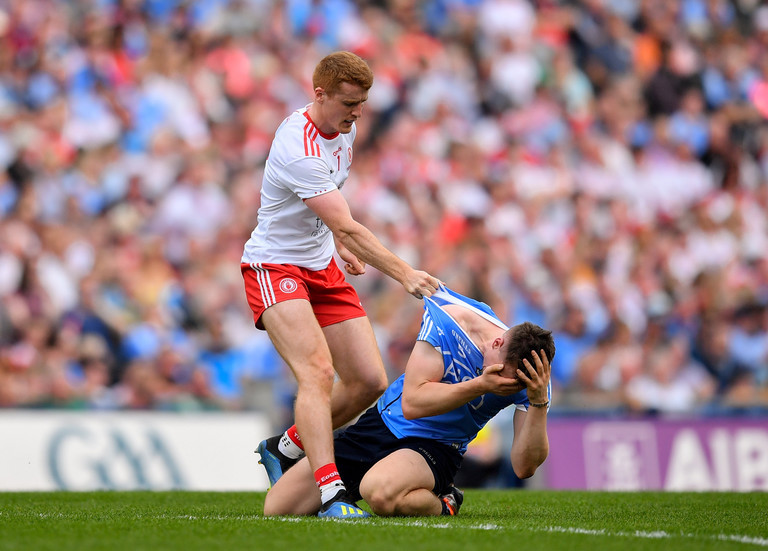 During the half-time analysis of this All-Ireland final, RTÉ's Colm O'Rourke encouraged Small to "be a bit more manly," describing the entire incident as "harmless."

O'Rourke was not alone in his view that Small could have dealt with things in a less spectacular fashion.

#johnsmall should be ashamed of himself trying to get a player sent off in the All Ireland final. Disgusting behaviour #DubVsTyr

Is that a joke? John Small an embarrassment to the game trying to get a fellow player sent off.

John Small should be embarrassed laying down pretending to be injured, the opposite to what sport is trying to get an opponent sent off #cheat

I hope John Small gets vilified for being a diving cheat like other players would. Disgraceful. 7 points up and still diving to get someone else lined in an All Ireland Final #DublinVTyrone #AllIrelandFinal 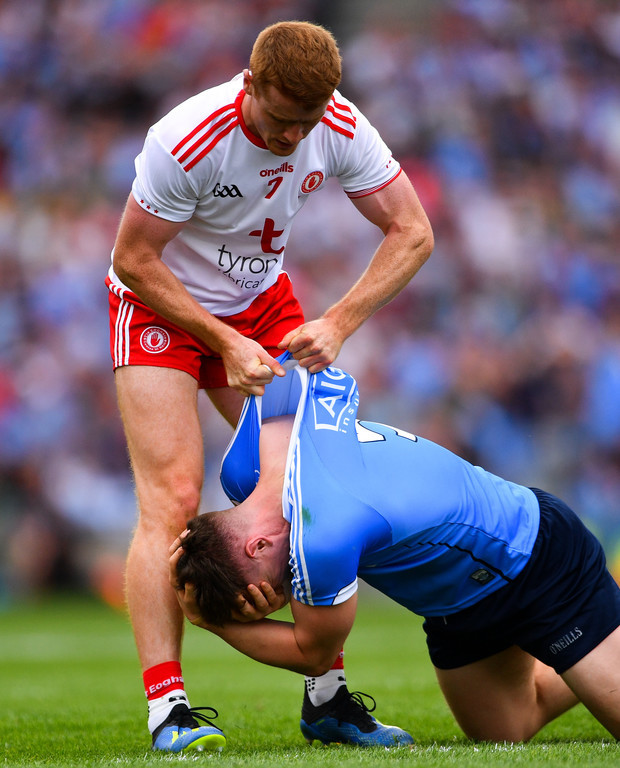 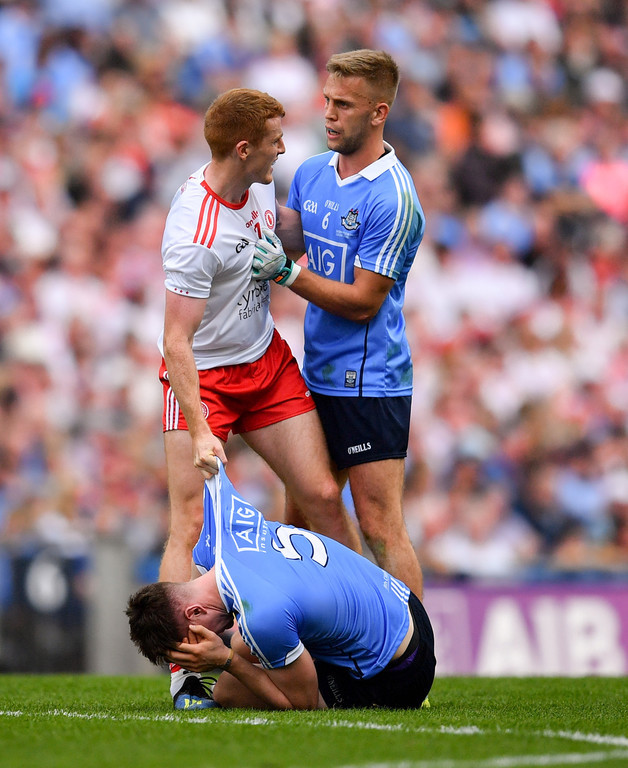 Bringing on Dublin's medical staff to tend to his perceived injuries, the perception that he was trying to con the referee into taking action against Harte stung many.

In the end, the referee Conor Lane decided to take no action against either player and Dublin saw out their comfortable lead to half-time.