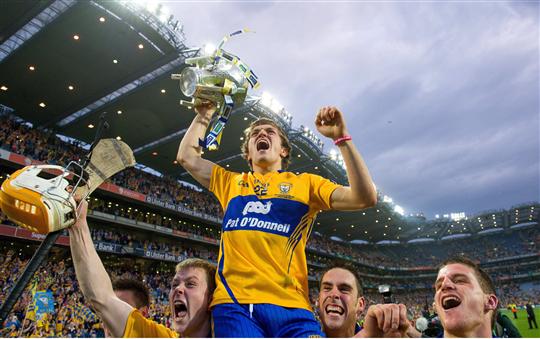 The hat-trick hero of the All Ireland final has quite a summer ahead of him according to those that know. Podge Collins got a hold of O'Donnell's twitter account today and sought some help from Ruby Walsh...

The tweet sent from Shane O'Donnell's account got some amusing replies from Ruby Walsh and fellow jockey, Davy Russell.

@townhurler would say its a muzzle you will need not a saddle!! Brilliant game, well done.

@townhurler @elaine_shanahan @Ruby_Walsh u need more than a saddle, helmet and stick for the amount of riding u b doing