Having officially ranked the alternate jerseys of Munster, our attention turns to Ulster where the competition is even more fierce. The alternative kit can often be overlooked due to the sheer fact it is rarely required, but this can often result in complete carnage with a myriad of mismatch colours. 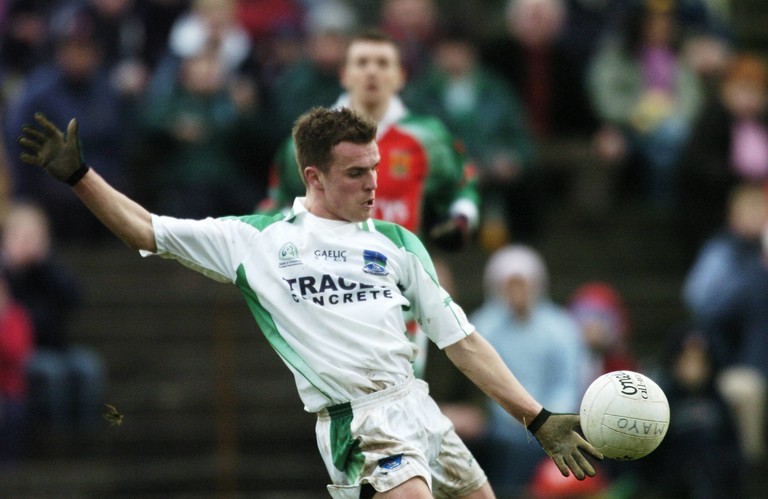 In 2006 Fermanagh took on Mayo in a sleek all-white kit for their league clash. The continued green strip from jersey to shorts is a nice touch. 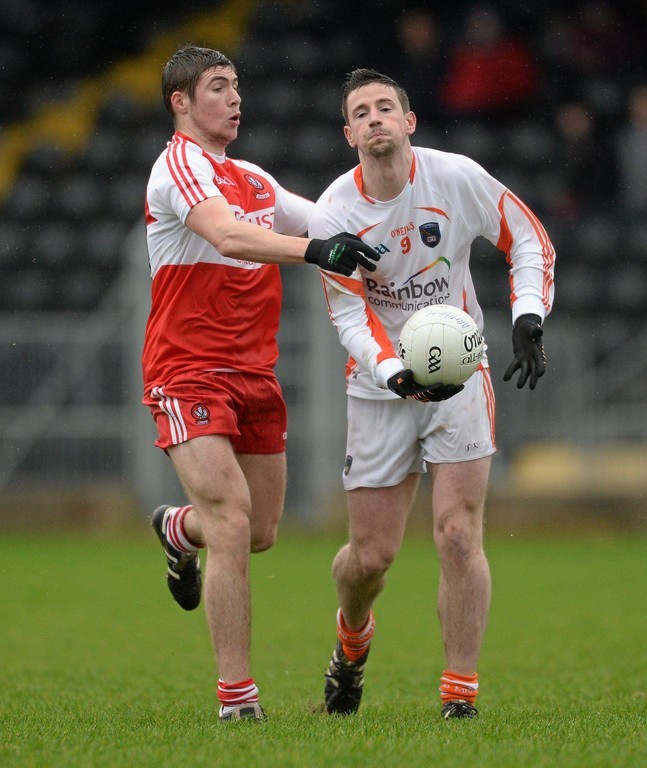 It is not really known why Armagh decided to wear an alternative kit in 2013, given generally neither side change kit for Derry vs Armagh. Nevertheless, the long sleeve jersey minus the collar is a bold choice but a nice change form the traditional orange strip. 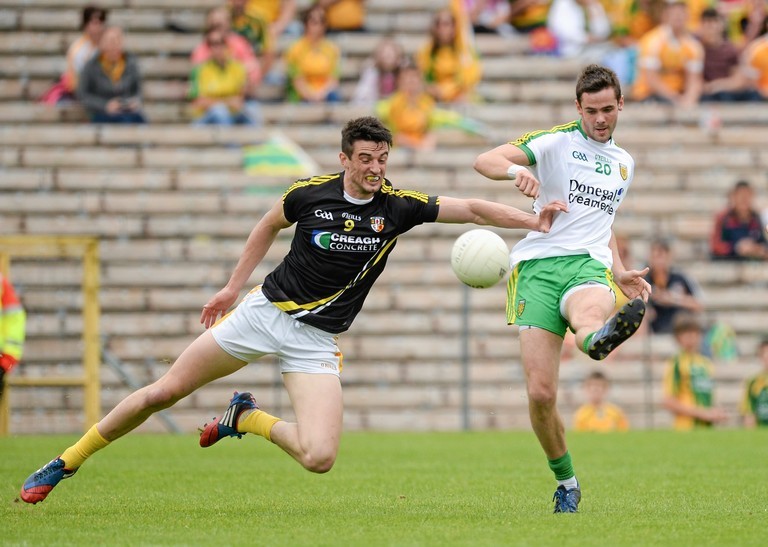 Antrim 2014 is a lot nicer than their home jersey. We'll return to that Donegal kit later on. 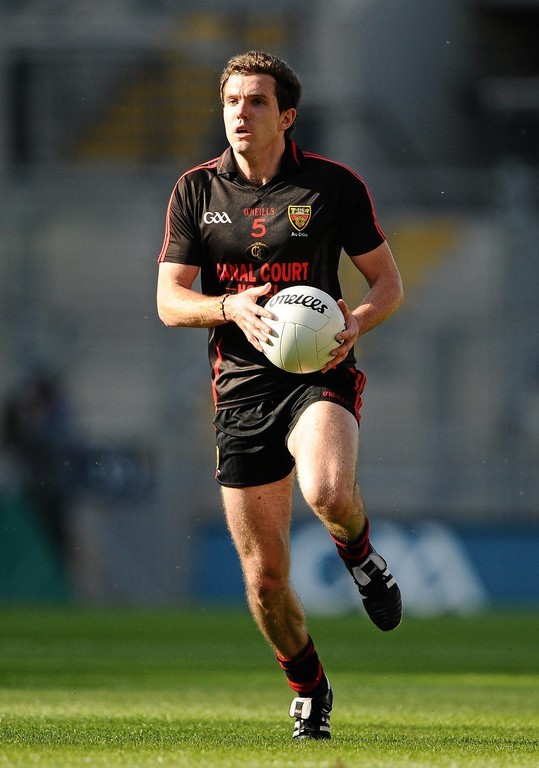 Sometimes a straight rotation of colours just works, Down opting for the predominate black with red tinge a classic example. 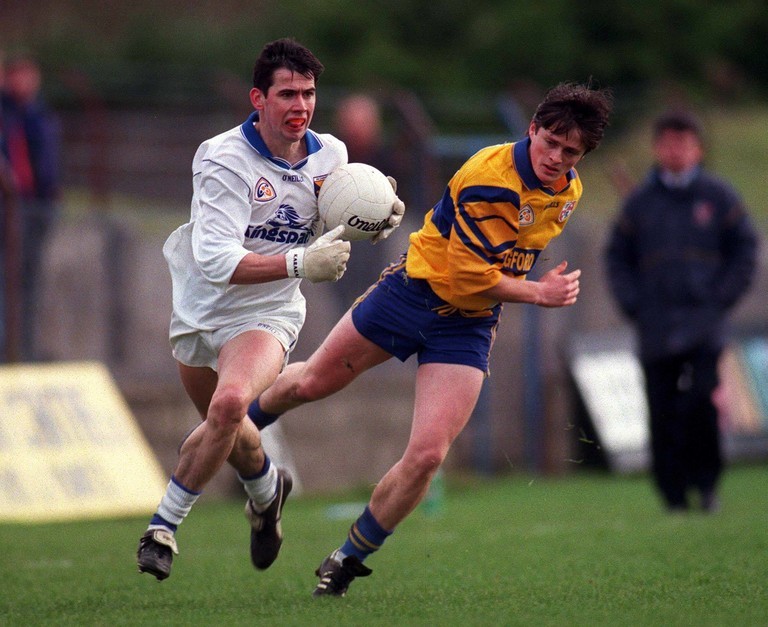 Cavan's all white from 1999 is a throw-back to older times when jersey's resemble nightgowns and collars were a staple. Goalkeeper gloves are not a requirement but encouraged. 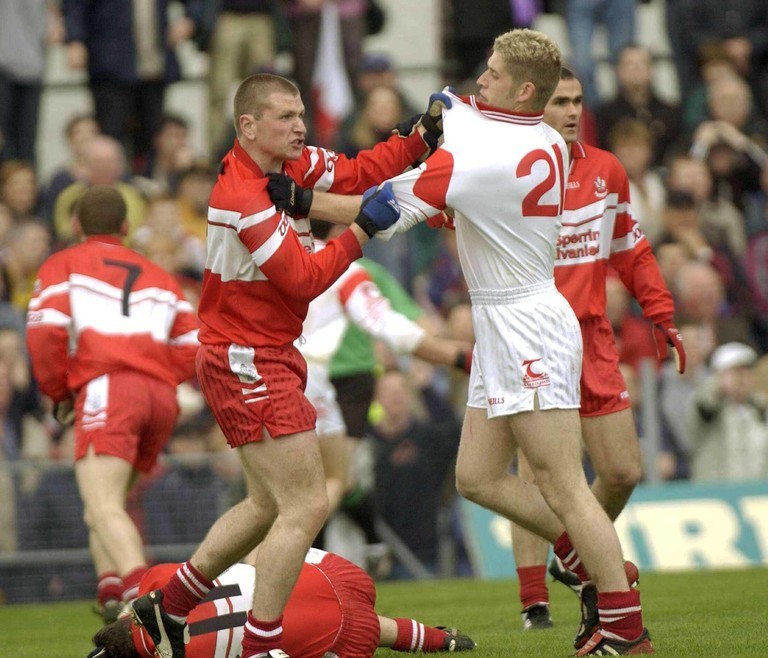 There is a shameful lack of long sleeve jersey's in the GAA at present, and while there may have been some reservations about a sleeve providing aerodynamic resistant to a swinging arm, Derry's Niall McCusker demonstrated they provided no such hinderance in 2003. 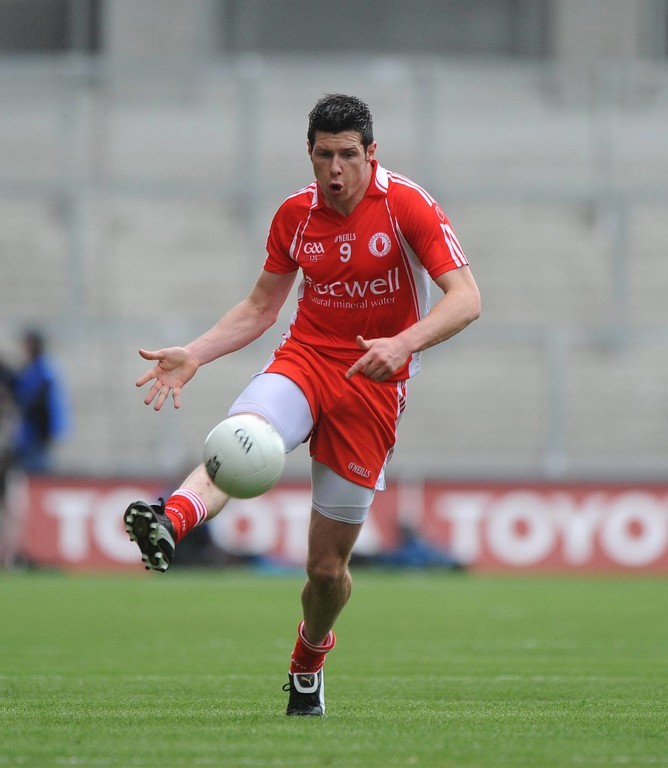 Even the nicest jersey's can be ruined by a clashing sponsor colour. Tyrone's alternative red kit seamlessly hosts their sponsor while the white strip sleeves are a nice addition. It all comes together thanks to the simple collar. 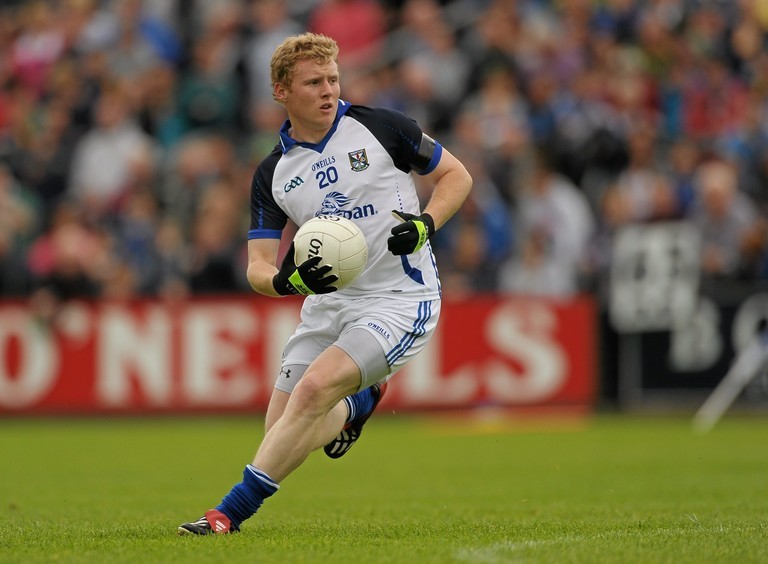 In 2011 Cavan vs Longford saw the home side elect for a white main body kit. 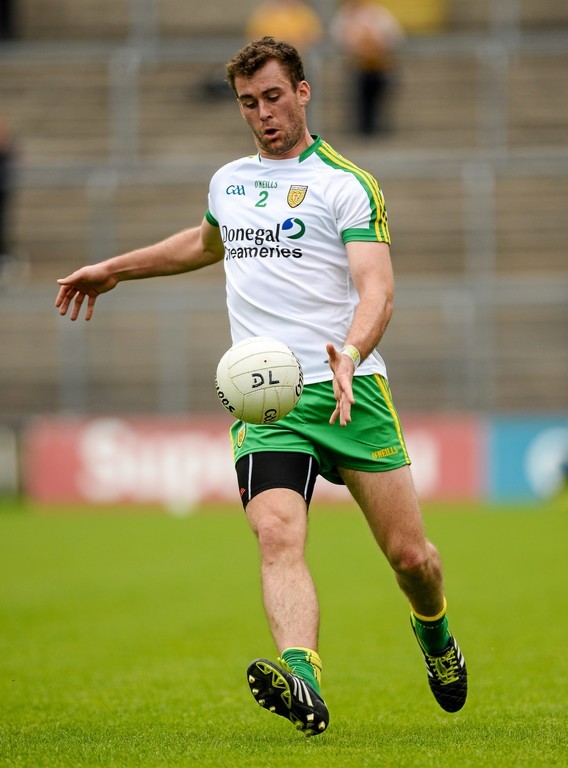 Extremely unlucky to miss out on the top spot. The green shorts make it extremely difficult for Donegal to design a nice alternative kit but the white green and gold intertwined with the main body make for a lovely combination. 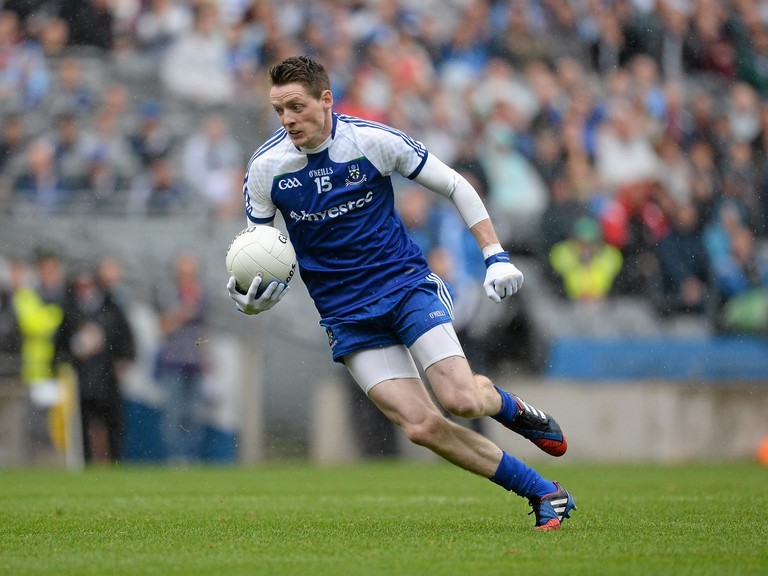 Just a superbly well put together kit. Conor McManus sporting what appear to be a pair of rubber surgical gloves does nothing to detract from this effort.

While we are at it, here is the result if due consideration isn't paid to the alternative shirt. A mix-up in 2002 saw Donegal have to wear the Roscommon away jersey and tog out in a fairly horrible blue, yellow-green combination. (Credit Niall1988.) 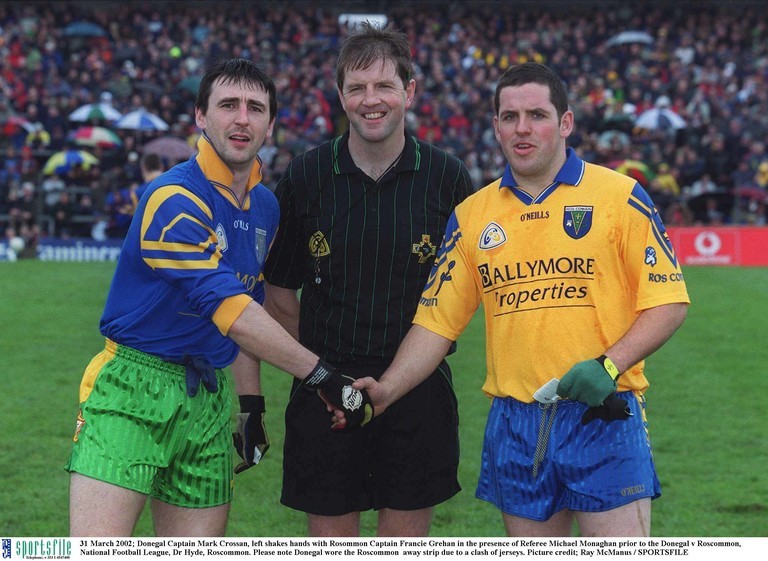 SEE ALSO: A Ranking Of The Top 10 Alternative Jerseys In Munster GAA History

GAA
1 year ago
By Gary Connaughton
Could Soaring Coronavirus Rates In Northern Ireland Have Impact On GAA?
120