How Cork Legend Diarmuid O'Sullivan Helped The Down Hurlers This Year

Ruairí McCrickard's longing for victory with Down U20s later today is stronger than most. It represents a shot at redemption after a missed Christy Ring Cup Final.

The Down star has played for his county at numerous levels this year, operating as a dual player at U20s and hurling with the seniors as well. Yet after a superb season, he missed the ultimate day out in Croke Park after his appeal against a suspension failed.

"With the video evidence and photo evidence, I thought I would (get to play). it wasn't a cynical foul. I thought the momentum took me into the tackle and it was whatever way my arm collided with the opponent," he tells Balls.ie.

I'm hoping to redeem myself on the weekend. I want to finish the year on a high with the county. I was in with the footballers too and missed out on an opportunity in an Ulster Final and progressing on. I just want to end the year with some silverware.

The modern game has seen a gradual decline of dual players, but McCrickard is adamant he will continue to do so as long as he can.

"This year was hard but both management teams were good with me playing both codes," he explains. "Once I get up to the senior level it will be that wee bit harder because of the commitment but I am hoping to balance it again." 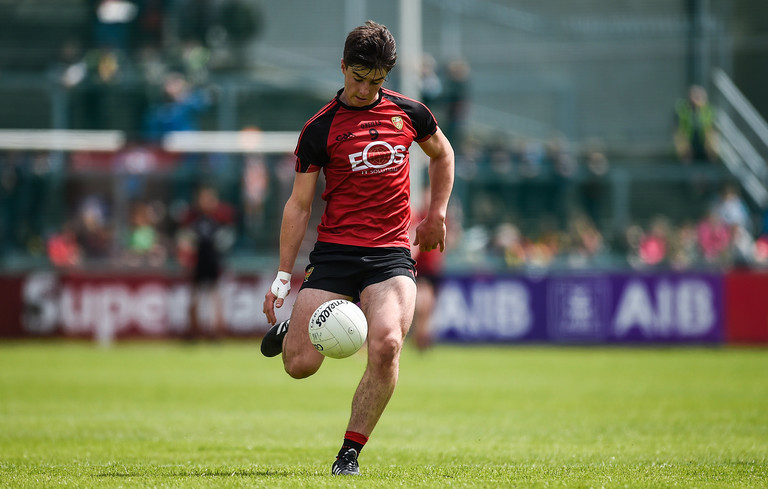 It helps too when you're exposed to quality coaching. Under Ronan Sheehan, the Down seniors missed out on Division 2B promotion by just two points before making a Christy Ring final. The presence of Cork legend Diarmuid O'Sullivan was a further boost and McCrickard is quick to praise his work with the team.

"He was very good. He worked a lot on our defensive end of things. He really connected with the players very well. The backs and forwards, it was sort of as a collective."

So it's down to the U-20 team to try deliver silverware as they prepare to contest the Bord Gais Energy All-Ireland ‘B’ Final against Kerry. Victory would prove to be yet another positive step in an upward progression for the county.

"Down hurling has started progressing through the years from U16 up. Hopefully, we can continue to build on that."

SEE ALSO: 'They Used To Throw Me Around The Place!' - How Family Helped Forge Adrian Mullen

Hurling
1 year ago
By Michael McCarthy
Quiz: Do You Remember The 2019 Intercounty Football And Hurling Championships?
GAA
2 years ago
By Balls Team
The Balls.ie Selection For The Hurling PwC All-Stars
GAA
2 years ago
By Mark Farrelly
Nominations For PwC Hurling All-Stars And Player Of The Year Revealed
Popular on Balls
GAA
3 days ago
By PJ Browne
Mayo's Padraig O'Hora Using Football To Promote His Real Passion
Rugby
1 day ago
By Colman Stanley
'That Pace, That Intensity, That Organisation' All Black Legend Has High Praise For Leinster
GAA
1 day ago
By PJ Browne
Jim McGuinness's Gut Tells Him Dublin Will Win The All-Ireland
The Rewind
2 days ago
By Eoin Harrington
Watch: Brilliant Dermot Morgan Dublin Segment From 'The Travel Show' Resurfaces