Tyrone's Rory Brennan is facing a 12-week ban for touching the referee during his county's Allianz National League defeat to Donegal at the weekend.

The corner-back was was adjudged to have fouled Michael Murphy late in the game, with referee Jerome Henry awarding a free to Donegal. Brennan then laid a slight hand on the official as he walked passed him. He was subsequently sent off.

Brennan is now facing into a 12-week ban, with GAA rule book stating this is the minimum sentence for 'interfering with an official'.

Irish News journalist Cahair O'Kane shared footage of the incident, stating his belief that the rules should allow for some leeway for lesser offences such as this one.

Tyrone awaiting word on Rory Brennan, who's been hit with a proposed 12-week suspension for this incident at the end of Sunday's game with Donegal. It's a crazy rulebook that says this is either 12 weeks or nothing. Long overdue disciplinary bodies can determine scales of offence pic.twitter.com/TPeooyihT1

Speaking after the game, Tyrone manager Mickey Harte said his player would never have intended to interfere with the official.

I don’t think Rory is the kind of guy who would be doing anything like that.

Let’s not pre-empt what it will be. We would hope that the people who look at it would see that wouldn’t be something he would ever set out to do and would have had no intention of interfering with the match official, if he did that; I didn’t see it, that’s what the story says.

Should the 12-week suspension be upheld, Brennan will miss the entirety of this year's championship.

SEE ALSO: The 14 Types Of GAA Fans Sky Need To Include In Their Fake Crowd Noise 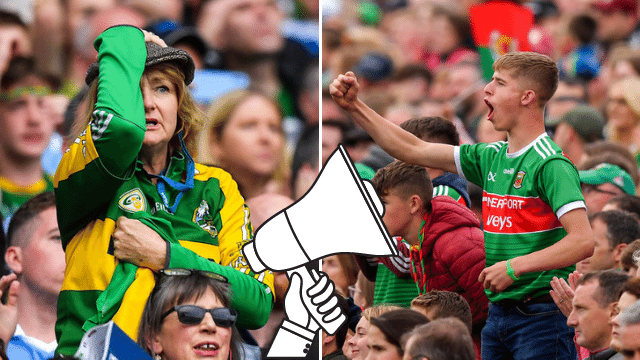