It's been quite an incredible week of Irish sport already, but maybe the most important sporting event of the past seven days took place last night up in Armagh, where Monaghan played Down in the U20 Ulster final.

It's two weeks since Monaghan lost their captain Brendan Óg Duffy after a roadcrash that followed their victory over Donegal. In the strange way of sport and life, these fixtures need to be fulfilled. Somehow, that Monaghan team managed to play a game of football last night despite everything they'd been through. It was a challenging task for Down as well to take on Monaghan given everything they'd endured.

Ógie's number 6 jersey was not worn last night and Monaghan wore black armbands in honour of Ógie. It was a high-scoring, helter skelter game, and in the end, Down just had more in the tank. They won be seven points after extra time.

After the match, Down's Man of the Match Ruairi O'Hare gave an incredible interview where he discussed Monaghan's grief and the grief he had to cope with 18 months ago when his clubmbate and best friend Niall Laverty sadly passed away in September, 2019. Niall played football for Saul and was an outstanding young sportsman. O'Hare dedicated last night's victory to Niall.

It's one of the most extraordinary interviews we've seen a sportsman give in a long time. There truly are bigger things, but sport somehow manages to give us meaning and hope in the face of the deepest grief.

My condolensces go to the Monaghan boys. I personally know exactly how they're feeling. A year and a half ago, a person in my club passed away. My best friend, who I was living with. We had to go play a relegation playoff a week and a half after. I know that feeling in their stomach that they're having now unfortunately. It's not nice for them. I was able to go to the line that day. It's not nice for them boys. There's bigger things than football here. I'd just like to dedicate this to my mate Niall Laverty. I love him so much. I miss him every day and I wish he was here now.

O'Hare's interview has been widely-shared over night and he's been celebrated for his own courage.

Before the match, Brendan Duffy's father spoke about how grateful he was for all of the support from the wider GAA community.

It was evening that brought out the best in everyone in involved. 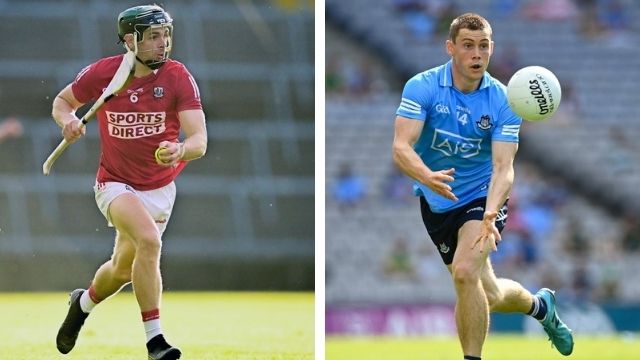 GAA
6 months ago
By Eoin Harrington
Monaghan In Mourning After U20 Football Captain Killed In Tragic Road Accident
GAA
1 year ago
By PJ Browne
There's A Glorious Amount Of GAA On TV This Weekend
GAA
2 years ago
By Maurice Brosnan
Fantastic Scenes As Incredible Cork Hunt Down Dublin For All-Ireland Final Glory
Popular on Balls
Rugby
2 days ago
By Colman Stanley
Keith Earls Shares Story That Captures Andy Farrell's Decency
Football
1 day ago
By PJ Browne
'If He Continues With Performances And Goals Like That, Stephen Kenny Will See It'
Football
2 days ago
By Eoin Harrington
Quiz: Name Every Player To Score In A Champions League Final
Football
20 hours ago
By Gary Connaughton
Portsmouth Likely To Retain Gavin Bazunu This Month Despite Championship Interest