After 19-years playing inter-county football with Fermanagh, Ryan McCluskey has decided it is "time to call it a day."

In a year that saw Fermanagh beat Armagh and Monaghan to reach only their second Ulster football final since McCluskey emerged in 1999, the Enniskillen Gaels man revealed his decision via his Twitter account this morning.

Thanking the 'numerous managers, back room teams and teammates,' McCluskey summed up his inter-county experience as "one hell of a pleasure."

Singling out the Fermanagh fans who incessantly "keep believing," Ryan McCluskey had only one message for them; "We will get there."

Commending his family, friends and "especially my mum," the Fermanagh man thanked them for their support during "the good and bad times."

Summing nearly two decades of inter-county football up as "emotional," McCluskey didn't seem to suggest he was finished yet; "Now, what's next for me in football."

Already, praise has been forthcoming for the man who left such an indelible mark on the green and white jersey. 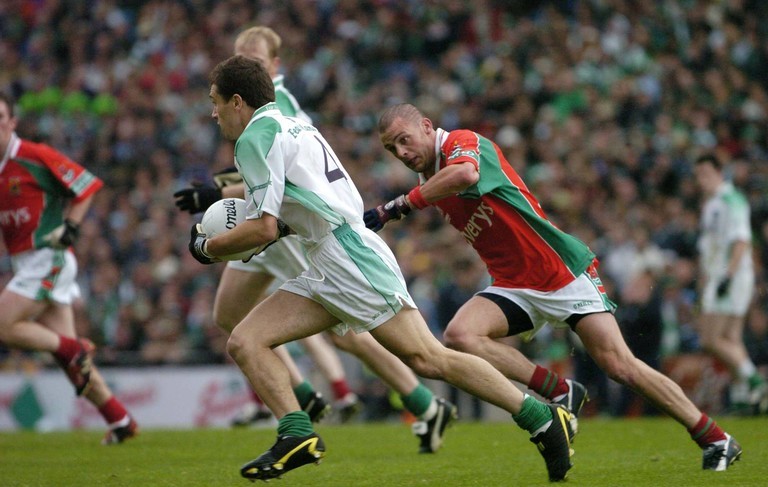 What a legend you have been pal, you will be greatly missed, am sure your next journey in the game will be an adventure mate. 💚

Good luck Ryan, was a pleasure watching your football career from the wee pitch in Brewster to Croke Park and the many places inbetween.

Thank you for your unquestionable commitment to the green & white.

Also, a little bit of trivia from earlier on in the year.

Ryan McCluskey is the longest serving player in inter-county football, with his Fermanagh career stretching back to 1999. He's scored one point in championship football - who was it against and when? #GAA #trivia #uselessinfo

See Also: Red Card For Mayo In All-Ireland Final After Choke-Hold And Push On Ref