Dublin And Kilkenny Jerseys No Longer Dominate Streets Of Carlow

Any chance of promotion from the bottom tier of the league was all but gone after two or three games. Come the championship, there was a defeat in Leinster and then another in the qualifiers. And that was it, year over.

Recent days have been different. In 2018, their won promotion in the league for the first time in 33 years. This week sees Carlow teams in both the Leinster Senior Club Hurling and Football Championship finals. (Gannon's Éire Óg play in the latter against Ballyboden St Enda's on Sunday while St Mullins were beaten by Ballyhale Shamrocks at the weekend.)

"I was asked earlier if the style we're playing [with Carlow] is enjoyable," said Gannon at an AIB event ahead of this weekend's final.

"I'll tell you, it's a lot more enjoyable playing that way and winning than what we used to do. We used to go out and play 15 on 15, genuinely. It was horrible stuff."

Next year will likely see a major change for Division 3 and 4 teams with the introduction of a Tier Two Championship. Gannon, who works as a games development officer with Leinster GAA, is not totally against the idea of a split in the All-Ireland Championship but he can see possible downsides. 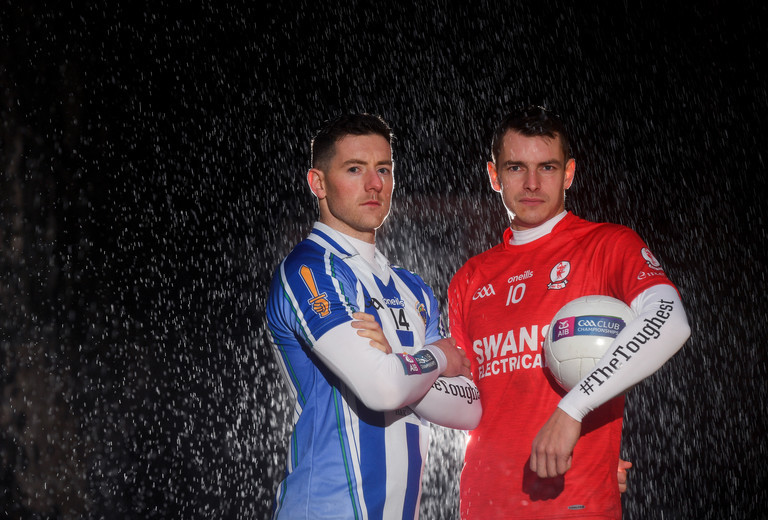 "We're definitely going to be left behind in some ways," said Gannon, "I mean, in terms of recognition and all that kind of thing and it's not an important thing really for a player - it's genuinely not that important getting the media attention and all the rest.

"But, like you spoke about the last couple of years being great, without that media attention we don't see all those Carlow jerseys around Carlow.

"Genuinely, there were more Dublin and Kilkenny jerseys, without a doubt, than there was Carlow jerseys. That has all changed in the three or four years since that hashtag (#CarlowRising).

"When it comes down to the second tier competitions, I don't think it'll get as much (attention), it won't.

"Like, look at the Joe McDonagh and Christy Ring, if you ask 50 per cent of GAA people who won the Christy Ring last year, they probably wouldn't be able to tell you. Or the Joe McDonagh for that matter. Maybe, it might be a little bit different because Laois did well in the end.

"But, when it comes to the All-Stars and that kind of thing, you look at how do they pick the Joe McDonagh All-Stars. They ring up the county board and say, 'Who do you think?'

"And fair enough because the people who are picking it or involved in it aren't at those games. Will it be any different for the football? They've made promises that it will but I just don't know until it happens.

"If it's Carlow/Wicklow [in a tier two final], how many people, realistically, are going to be at it? You're going to have to empty out the two counties just to fill one stand. And that's the reality of it all. And I wouldn't be completely against the two-tier idea either.

"Like, if we're hitting a final whenever it'll be - looks like August next year - it'll be the best competition we ever had.

"But seriously, I wouldn't be overly against it but I do see the fears of people who have that point of view. But we have clubs who are playing intermediate and senior. Everyone talked about Tommy Walsh recently of Kilkenny and how happy he was to win an intermediate championship [with Tullaroan] and that could be the case like."

See Also: 'There Were Tears Of Joy In People's Faces That I've Known For 20-Odd Years'