'It's A Holy Grail. Mourneabbey Will Never See Anything Like It If They Win'

A year on from their third All-Ireland final defeat in four years and Mourneabbey are back exactly where they want to be: on the cusp of claiming what is the Holy Grail for the small Cork parish.

On December 3rd last year, they lost by two points to Carnacon, adding to the woe felt by final hurdle falls to Termon in 2014 and Donaghmoyne in 2015.

Prior to the game, manager Shane Ronayne had pretty much decided that his time with the club was at an end.

"I was just very busy with different things and I felt maybe I should give time to other things, but straight away after the final whistle I said, 'God, I can't leave this go,'" tells Ronayne.

"We stopped for a drink on the way home in The Poitin Stil and Ciara and Doireann [O'Sullivan] came up to me and went, 'Shane, whatever you're thinking about doing now, you're not to do it. We want you back.'

"Their honesty was incredible. They said, 'Shane, we lost that out there today. Ye didn't lose it for us, we didn't do what we were meant to do.'

"I think that honesty said to me, 'Look, we'll have another cut off this.'"

At Parnell Park on Saturday, Mourneabbey face a Foxrock-Cabinteely side they and Ronayne know well. Mourneabbey beat Fox-Cab at the semi-final stage last year. When the Dublin side were formed 13 years ago, Ronayne was a coach.

"I was teaching in Dublin and I got involved," says Ronayne, who is also the Tipperary ladies manager.

"I'd be a bit of a home bird, I couldn't wait to get back down south again but certainly my experience with Foxrock was hugely enjoyable for me."

Ronayne took over as Mourneabbey manager in 2014, leading to the club to their first ever Cork senior title and the All-Ireland final in that year. 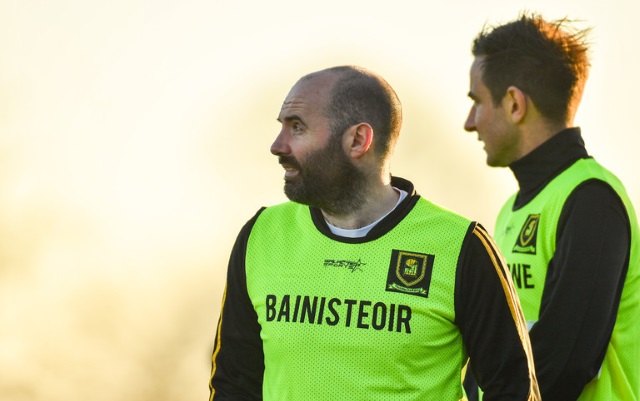 The parish is a tiny spot with no shops, two national schools, two pubs and two small churches. It is a place with which Ronayne has formed a strong rapport.

I suppose I'm 35-40 minutes away from there. It's not a good road but the journey over every night is very short because of the bond that has been built up and the respect that they have, their parents have and the people within the community have shown me all the time.

I've made lifelong friends in Mourneabbey, I'd consider some of them my best friends. That's the respect I have for them and that's why I keep coming back.

People ask, 'Why do you keep doing it?' It's out of that respect that I have for them and the enjoyment they give me and the brilliant days out we've had - look, the bad days as well but as I said, the honesty that they bring keeps you coming back.

Improvements have been made since last year; tweaks and new introductions to the management team while players have been given different roles. "We're bottling up that hurt, but the hurt won't get us over the line on Saturday."

2018 was the toughest campaign the club has faced under Ronayne - a fact he believes has steeled his team for Saturday.

"Ballymacarbry [in the Munster final] was a huge game, they really put it up to us. It was probably a last hurrah for some of them, I suppose, and they really, really... it wasn't looking good.

"10 minutes into the second half, we were five down. I turned around to Con O'Sullivan and I said, 'Jesus, it's going to take a miracle to win this today.' We had the wind against us, there were too many fires to be put out. There wasn't just one or two going bad, we had five or six or seven of them going bad.

"In fairness to them, they just turned it on and they played mighty football for the last 20 minutes. They just blitzed them, we won by four and we probably could have won it by more. They were comfortable going down the last five or six minutes.

"Those hard games have really stood to us this year." 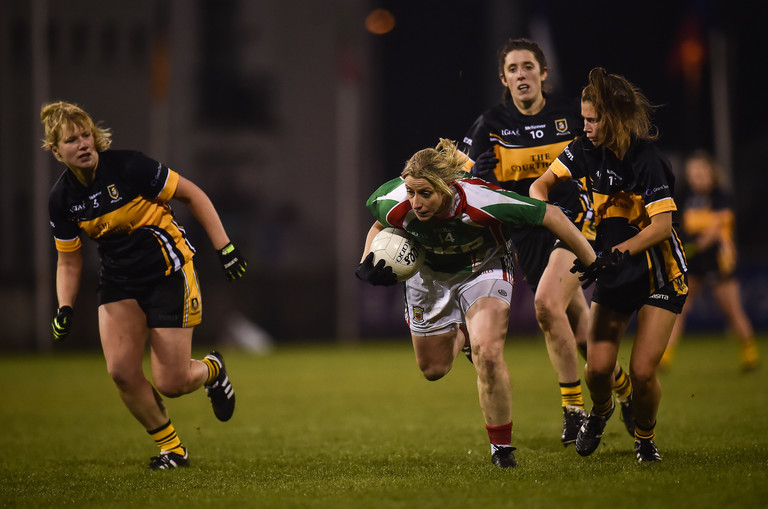 Among the Mourneabbey group are five players who won the All-Ireland junior title in 2005 and the All-Ireland intermediate title two years later. 13 years on from that first national success, some are reaching their final chances to complete that medal collection.

"It's a Holy Grail," says Ronayne.

"I think Mourneabbey will never see anything like it if they do [win]!  Look, nobody has any God-given right to win anything and we know that in Mourneabbey better than anybody.

"There'll be a huge Mourneabbey crowd again there Saturday. It would mean a lot to those people, especially the older people in the club. They've said so many times the joy that the girls bring to them. They really love the team."

Foxrock-Cabinteely (Dublin) play Mourneabbey (Cork) in the All-Ireland Ladies Senior Club Football final at Parnell Park on Saturday evening. The game will be broadcast live on TG4 with the throw-in at 5:15pm.

Foxrock-Cabinteely: A Rare Club In A GAA Black Spot