Some Of Our Favourite 'The Toughest Season' Photo Entries - Week 3

Since launching our call to the Gaelic Games nation in search of your photos, we have been blown away by the response. You have sent in your snaps in your droves. Why? AIB and the GAA's official photographers, Sportsfile, are teaming up to create a unique picture book, titled The Toughest Season, and they're looking for every GAA community to get involved.

At the end of November, a special edition picture book will be published, combining the best of pictures submitted by the public with some of those taken by Sportsfile, between January and 23 October.

As well as the chance to feature in this once-in-a-lifetime publication, there's also a possibility for one entrant to win a €1,000 voucher for your GAA club! Not only that but the proceeds of the special edition picture book will be going to AIB Together’s partner charities, Pieta House, Food Cloud, Soar, Alone and Age NI & Age UK.

The closing date for entries is this Friday, 23 October, so if you've been putting off the long scroll through your camera roll, now is the time. You don't want to miss this unique chance to be part of the history of 'The Toughest Season' that was 2020.

This great entry comes from Cian Monaghan. Fionnan MacConghamhna, of Naomh Padraig, Mayo, shows true sportsmanship to help opposing player David Walker, of Cill Chomain GAA, off the pitch while he was injured. 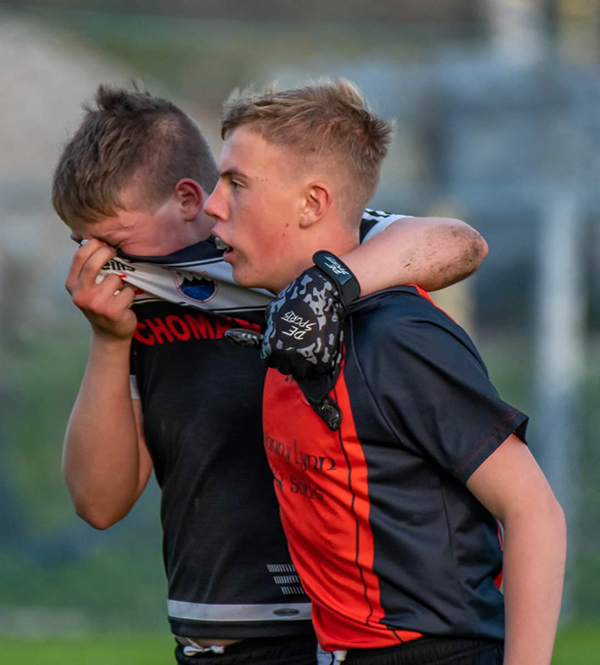 We've been sent some moments of pure joy, like this one of a delighted Noel Galvin celebrating winning the Galway Junior Football Championship final with St. Brendan's Ballygar. Sent in to us by Veronica Quinn. 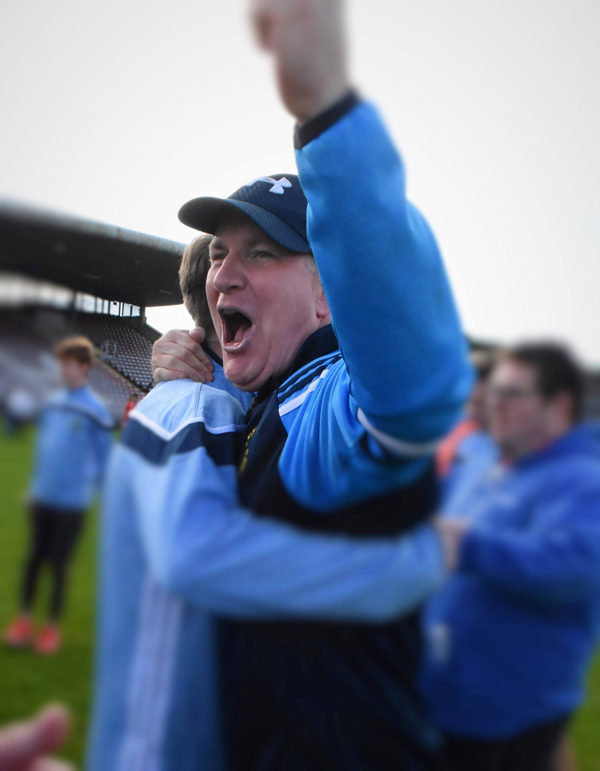 Or what about this great photo? Clogherinkoe player, Dean Hanley, greeting his son after winning the Kildare Intermediate Football Championship. Sent to us by Paul Dempsey. 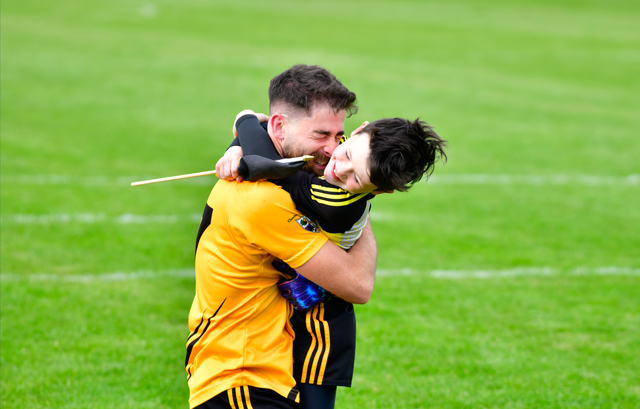 What a lovely photo, taken by Angela Cunning. It features her son, Conal, and her 83-year-old mother, Eilish having a puck around at 20:20 on 20/04/2020. They're all members of Dunloy GAC and Eilish won the All-Ireland camogie title with Antrim, in 1956. 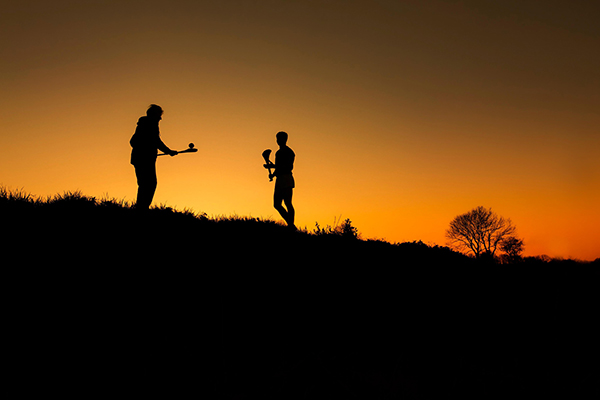 From one side of Antrim to the other, here's Noah Carlin, after an U10 training session with Naomh Eanna. Sent to us by his dad, Domhnall.

Throughout the toughest times, GAA communities were on hand to help those in need. This great photo was sent in to us by David Walsh. Players of Daingean GAA, Offaly, footing turf for the vulnerable members of the community. 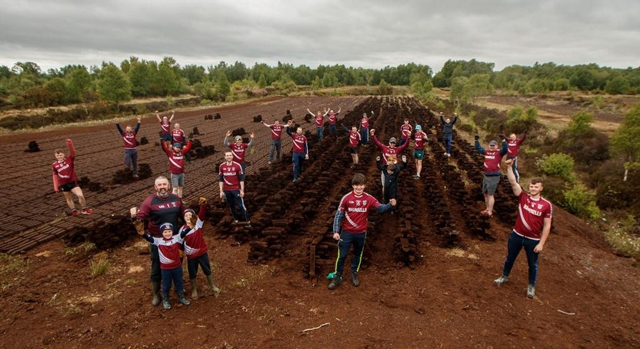 If footing turf is a rite of passage for some rural GAA clubs, then so too is picking stones. We love this entry from Sean McCaffrey, of Rockcorry, Co Monaghan. Club members came together to help with giving their pitch a makeover. 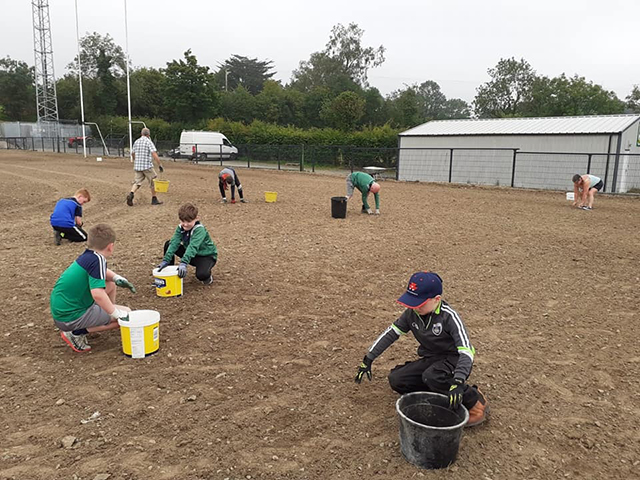 Upon the return of Gaelic Games this summer, players, management and fans had to adapt to a new normal. Here's U9 footballer Daniel McKibben, helping with the match preparations at Pairc Liam Ui ir, Warrenpoint. Sent in by his dad, Paul. 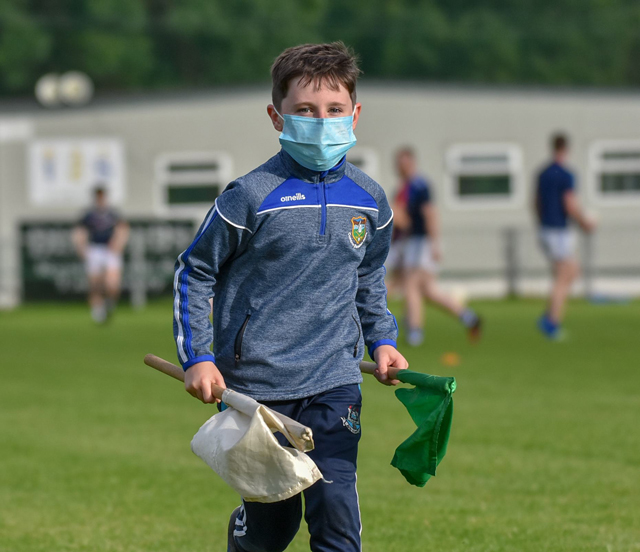 Lastly, sent in to us by Willie O'Reilly, groundsman, Martin Keane, sterilises the goalpost in Cusack Park in Ennis at half time in the Clare Senior Hurling Final. 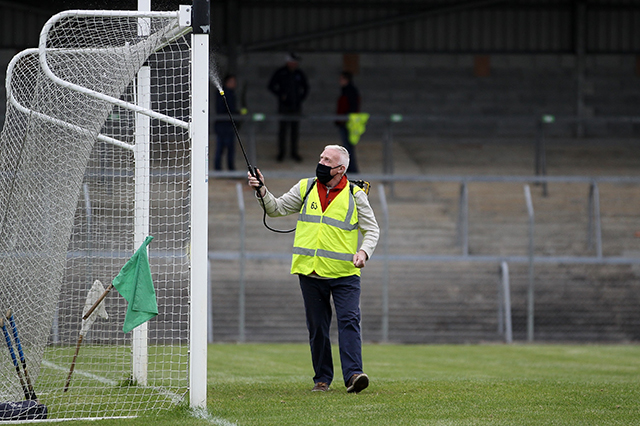 If you have an image from the 2020 GAA season that you think should be featured in the book then send it our way in the form below, and you could win €1,000 for your GAA club!