What a day of action this going to be! TG4's GAA coverage has been fantastic over the last few years, with the exposure that it has brought to the club game especially impressive. With the provincial club championships now starting to step up a gear or two, the standard of the TV coverage has also been raised.

This Sunday 18th of November , TG4 will air two club championship games live, one from each code. There will also be some inter-county hurling to whet your GAA appetite.

The first game on the slate is the the Munster Club SHC semi-final between Ballygunner (Waterford) and Na Piarsaigh (Limerick), which will throw-in at Simple Stadium at 2.00pm. The Waterford champions came out on top of an all-time classic against Clare's Ballyea last time out, and viewers will be hoping for a repeat of that this Sunday.

Quickly following that game will be the Ulster Club SFC semi-final meeting of Gaoith Dobhair (Donegal) and Crossmaglen (Armagh), with the action getting underway at Healy Park at 3.30pm. The Ulster championship seems wide open this year, and this really is a game that could go either way.

The day action does not stop there either, with the Fenway Classic being broadcast live from Boston, with coverage getting underway at 5.30pm. The semi-finals are first up, with Clare v Cork and Limerick v Wexford the opening games. This will then be followed by the final. 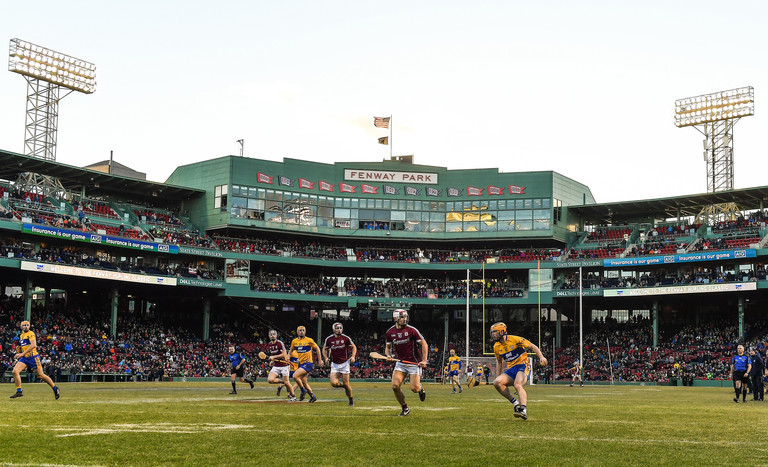 This will be the third edition of the Fenway Classic, which previously took place in 2015 and 2017. Clare won the title last time around, defeating Galway in the decider.

SEE ALSO: 5 Things We Learned From The Club GAA Weekend

GAA
4 months ago
By Balls Team
9 Clubs Teams You'll Find In Nearly Every County
GAA
7 months ago
By Balls Team
The 9 Types Of GAA Club Manager You'll Find Around Ireland
GAA
2 years ago
By PJ Browne
Club Football Team Of The Year Named And Nominees For Player Of The Year
Popular on Balls
Football
18 hours ago
By Jonathan Byrne
"It Hasn't Happened, Has It?" Steve Bruce Not Happy With Manager Speculation
Football
19 hours ago
By Gary Connaughton
Gary Neville & Paul Scholes Have Differing Views On Mo Salah's Liverpool Future
The Rewind
19 hours ago
By Jonathan Byrne
How Father Ted's Over 75's Match Paved The Way For Squid Game
Football
20 hours ago
By Gary Connaughton
Quiz: Name Every Irish Player To Feature For Liverpool In The Premier League