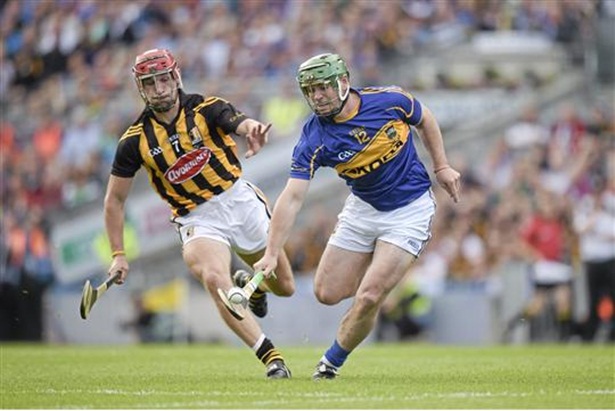 It enthralled all of us so it's no surprise that the All Ireland Final sparked quite the British hurling reaction after many witnessed it for the first time on Sky Sports One. I think they like it a little...

Watching this All Ireland Hurling Final on Sky Sports. How are people not killed playing this game?! Are there any rules? Wow — Neil Maxfield (@NeilMaxOfficial) September 7, 2014

If anyone's bored out it on sky sports now, one if the craziest sports I've ever watched! Absolutely quality #AllIrelandFinal

All Ireland hurling final on Sky Sports now, or "the mental Irish game with sticks" if you prefer

Watching Hurling and I don't think I'll ever enjoy any other sports again. It's absolutely mental! — Toby Flannery (@tobyflannery_93) September 7, 2014

Sky Sports 1 right now. Hurling is the greatest sport of all time. I have absolutely no idea what is happening but its great. — Jack Duignan (@djuaicgknan) September 7, 2014

Hurling is the most inexplicable, mad sport I may have ever witnessed. SS1 now and you'll get what I mean.

There's a good game of quidditch on sky sports right now. An all Irish final too. — Phil Russell (@Boro_Monkey) September 7, 2014

Whose idea was it to put HURLING on Sky? You are a genious, it's fantastic !!!!

Why would you want to be a goalkeeper in hurling?? Last ditch tackles and baseballs smashed at you #AllIrelandFinal

Penalties in Hurling are about 35 yards out and they face the keeper plus 2 defenders! — John Paul Glennon (@johnpaul_44) September 7, 2014

Looks like Hull City are going to make up for last seasons FA Cup Final defeat by winning the GAA Hurling Final.

A spectacle that is a kin to a cross between hockey an murder #gaa #hurling #tippvkk pic.twitter.com/OCKFwE1EoJ — Sorcs (@sorcsfs) September 7, 2014