The GAA Players Who've Played Soccer 'Across The Water' XI

Most children in Ireland play both GAA and football in their youth, but some have excelled to frightening levels at both sports. Here's a look at the inter-county players who've spent time with English football clubs.

We're focused here on brief stints rather than obvious successes. So, we've excluded those, like Kevin Moran and Shane Long who carved out long careers cross channel (though Shane Supple came close). 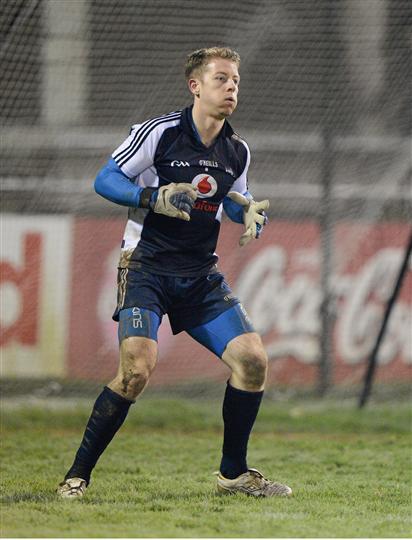 At the age of 22, Supple told his Ipswich Town manager Roy Keane he had 'fallen out of love with the game' and wished to embark on a different career.

Two years later he won a county championship with St. Brigid's and played for Dublin in the O'Byrne Cup. He would go on to return to football with Bohs, and was involved with the Irish squad having impressed at Dalymount Park. He ultimately hung up his gloves for good in 2018. 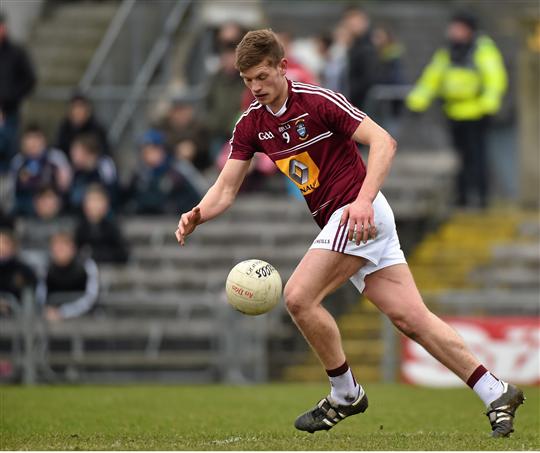 Heslin played for Mullingar Athletic and later Cherry Orchard, winning a place on the Tullamore based emerging talent squad. He earned a number of caps for the Ireland underage squads.

He later spent three weeks at Derby County. According to the Independent, the experience led him to conclude that professional football in England wasn't for him. 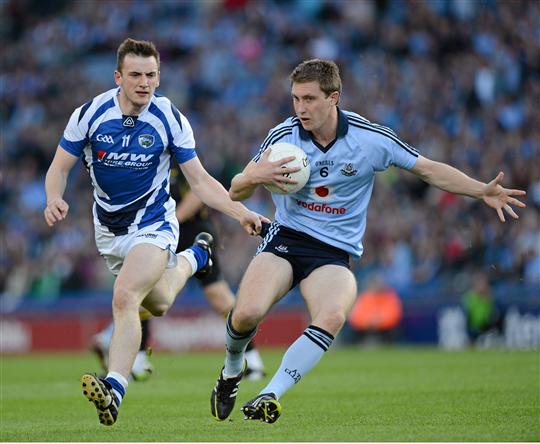 The man of the match in the 2011 All-Ireland final, Nolan was on the brink of signing for Leicester City as a 17-year-old. In an interview with Donnchadh Boyle in the Irish Independent, Nolan said that his second trial with Leicester clashed with a Dublin minor game so he gave it a miss.

I was closer to signing for Leicester than Blackburn. But when they wanted me to come over it clashed with a Dublin game and I went to that instead. I didn't really think too much about it to be honest. 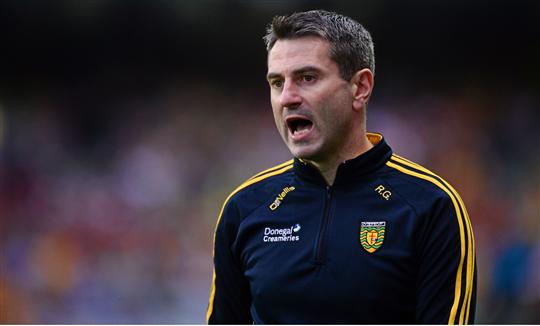 In the early 90s, Gallagher attracted the notice of Billy Bingham who urged him to try out for the Northern Ireland schoolboys. He took the advice and starred for the team, earning trials with Manchester United and Blackburn Rovers.

At the former, he partnered a young Wes Brown at centre back. With the latter, he roomed with Damien Duff. 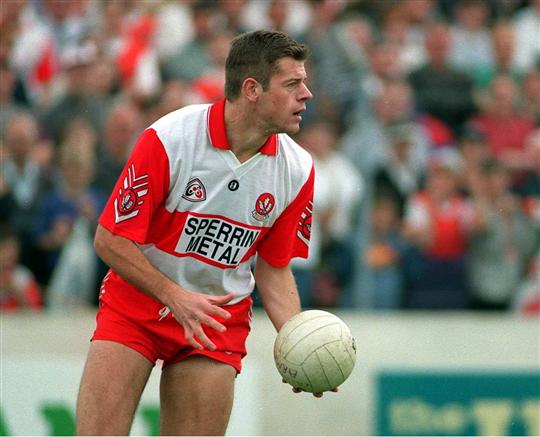 Less than two years after winning an All-Ireland, Tohill played in two reserve team games with Manchester United in February 1995. His teammates included Gary Walsh, Gary and Phil Neville, David Beckham, David May, Nicky Butt and Mark Hughes. He even scored a header.

He later told the Derry Journal that when friends quizzed him on who would or wouldn't make it, he assured them that David Beckham had no chance. 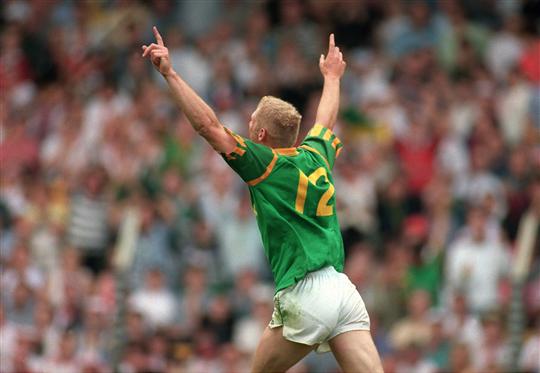 Two months after winning the double with Manchester United, Alex Ferguson showed up at the 1994 Leinster Final. Afterwards, he was interviewed by Ger Canning. Dublin won the game by a point but Meath's no. 5 had caught Fergie's eye.

Geraghty scored 1-2 from wing back and Fergie announced he was a player he'd like to see more of. A fortnight later, he was over at Arsenal for trials. At 22, he was deemed too old. Paul Merson remarked that he was the fittest player he had ever seen.

Make sure and watch that 1994 Fergie interview, though. 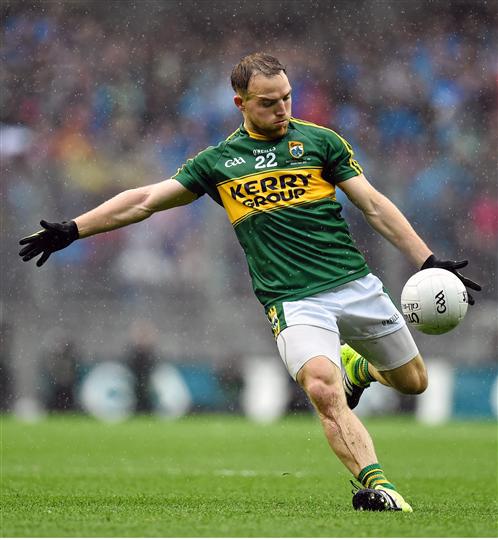 O'Sullivan grew up in London and was part of the QPR school of excellence at U10 and U12 level. He told the Examiner that the family moved back to Kerry when he was 12 and, after spells with Killarney Celtic and Killorglin, he lost interest in pursuing the sport. 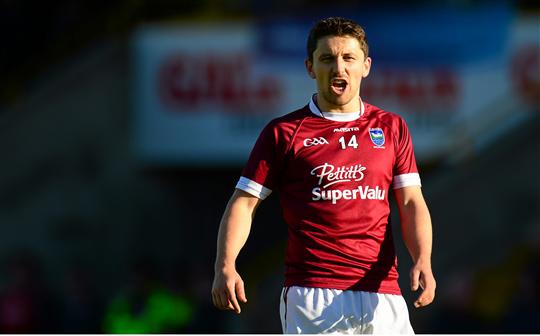 A graduate of the Wexford Youth academy and an international footballer at U16 level, Lyng signed for Preston North End during the early 2000s. He looked to be breaking into the first team while former Scotland manager Craig Brown was in charge but his sacking led to the appointment of Billy Davies.

He had little time for Lyng and sent him out on loan to Shrewsbury Town for the 2005-06 season. He found life tough at Gay Meadow and, with a year left on his contract, decided to return to Ireland. 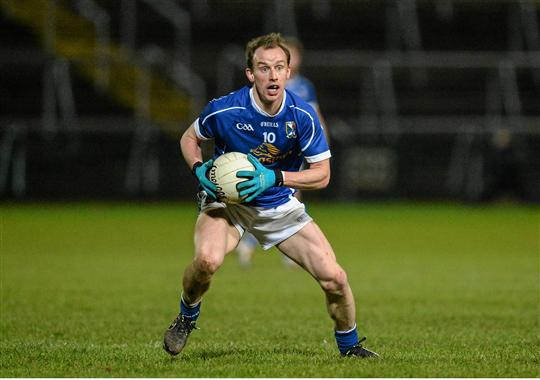 Reilly signed for Burnley in the mid-2000s, playing once for the first team and sitting on the bench for a few Carling Cup games. He was released by the club at the end of the 2005-06 season.

I played with the youth team and the reserves and had one first team game.

I was on the bench against Carlisle in the Carling Cup and playing a testimonial game against Manchester United once at Burnley. In the end, it was an easy decision to return home. 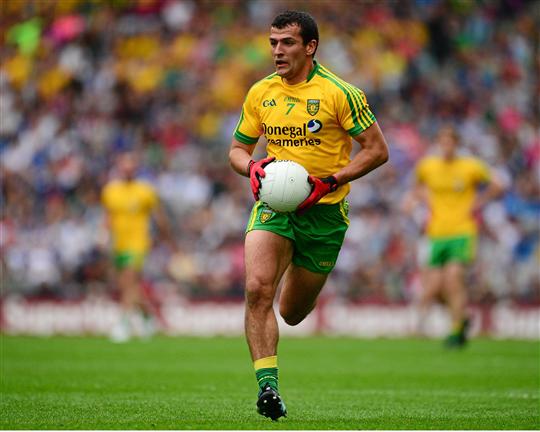 In the Milk Cup tournament back in the early 2000s, the Everton youth team had a strikeforce of Frank McGlynn and Wayne Rooney. He scored in the 3-0 win over Newcastle.

According to Kieran Cunningham, McGlynn also had trials with Leeds and Wolves. 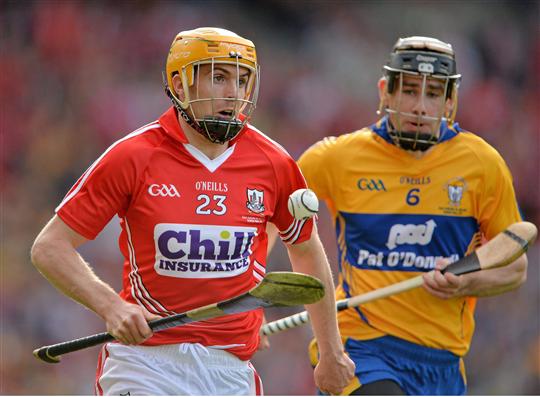 Naughton played internationally for Ireland at U17 level and signed a three year contract for Nottingham Forest in 2003. He would only stay a year before returning to Cork to play hurling.

He recounted his story to the Irish Examiner a number of years ago.

I played two years Kennedy Cup but got injured the second year when I broke my collarbone playing hurling.

After that I got trials with Leeds, Man City and Sunderland but ended up signing for Nottingham Forest when I was 16. I was a left winger and I think the lack of left-sided players definitely helped me.

I signed a 3-year contract with Forest but was only there for about a year. To be honest I got homesick, so I came back in 2004 and concentrated on the hurling.

Pat  Burke (Dublin-Clare/West Ham): Donnchadh Boyle informs us he played against Joe Cole while on trial with West Ham.

David Walsh (Donegal/Luton Town): Training sessions with Luton Town were 'a doddle' compared to Donegal training, as he told the Indo a few years back.

Ryan McHugh (Donegal/Reading); Another Donegal player who flirted with soccer, Kieran Cunningham wrote that he had a trial with Reading while Brian McDermott was in charge.

Paul Cahillane (Laois/Celtic): A graduate of the Belvedere FC academy, Cahillane was a left winger at Celtic between 2005 and 2008. After returning home, he played a couple of games for UCD.

Mark Ward (Meath/Yeovil Town) the Meathman had a trial with Yeovil Town "a few years" according to Twitter.
Honourable mentions:

This piece was first published in February 2017. 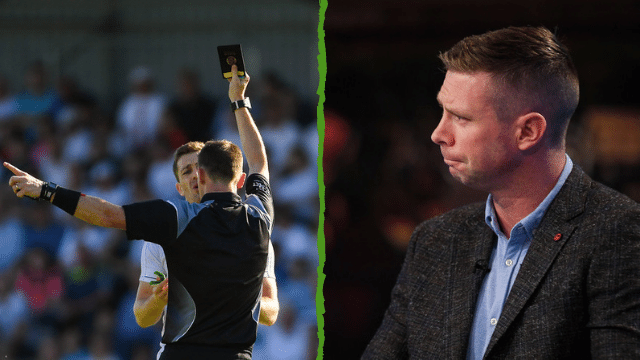