Thomas Galligan Is 'Sick Of People Putting Cavan Down'

A view that Cavan's chances of victory in this year's Ulster championship were consistently being written off was a significant source of motivation for Thomas Galligan.

Cavan came from behind to pull off dramatic wins against Monaghan in the preliminary round and Down in the semi-final. In between, they beat Antrim by four points. The victory against Monaghan was somewhat of a shock but those against Down and Antrim were not unexpected.

The biggest upset of all - the one which set up Saturday's All-Ireland semi-final against Dublin - came against Donegal in the Ulster decider.

"People will say it doesn't matter but that really gets on a lad's shoulder," says Galligan.

"[Mickey Graham] just instils a bit of belief in all of the players that we are good enough to win, and I think maybe last year we were maybe a bit cautious or shell-shocked in the [Ulster] final.

"But maybe this year we naturally showed that we are as good as any team in Ulster. It’s nice to get some respect back and give Mickey the credit he deserves, because he’s a top level manager."

Despite only coming off the bench in the games against Monaghan and Antrim - he was carrying an injury - Galligan looks a shoo-in for an All-Star on the basis of his performances against Down and Donegal. He was Man of the Match against the latter.

"I think everyone was just in shock," Galligan says of the Ulster final.

We had all visualised what we were going to do to win, what needed to be done to get over the line but I don’t think anybody thought of that final whistle moment, like 'What do we do now?' because nobody gave us a chance.

It was just great to win with all of the lads that you’ve trained all year with, who have put serious effort in over lockdown, people training on their own, boys getting sick – to be able to turn around at the end of the year and say 'I’ve an Ulster medal at the end of it', it made it all worthwhile. I don’t think it will sink in for a couple of months. It’s a bit surreal at the moment.

I probably haven’t met enough people yet to really get a sense of [the boost it's given to the people of Cavan]. But I’m sure it has really lifted spirits.

I got messages after the Monaghan game about how things were bad and we were after getting relegated and it was all doom and gloom, but after we beat Monaghan it just lifted everyone.

You meet people in shops and they are just so proud of what we have done and how it has brightened their days and they can’t wait for Sunday because it is getting them through the week. It’s nice to hear that, because it kind of makes it all worthwhile.

Cavan's first Ulster title in 23 years was achieved without Dara McVeety and Conor Moynagh, two players who had been key for the county in recent years. Both decided to go travelling this year.

"Obviously they were texting me all week saying best of luck, and after the game saying congratulations and that it was unbelievable and all that goes with it," says Galligan.

"But I’m sure they are a little bit disappointed, but they are the lads that brought this group on. They should be given a lot of credit for winning, even though they weren’t involved. They brought Ulster under-21 medals to Cavan and were key players in that and they have been key players for Cavan for the last six or seven years and they’ve been stalwarts.

"So I don’t think they owe Cavan anything more. Obviously they’ll be disappointed they weren’t involved, but it just worked out for it to be a bad year for them to miss. But they are enjoying themselves wherever they are in Australia and New Zealand. You’ll probably see them in a Cavan jersey again." 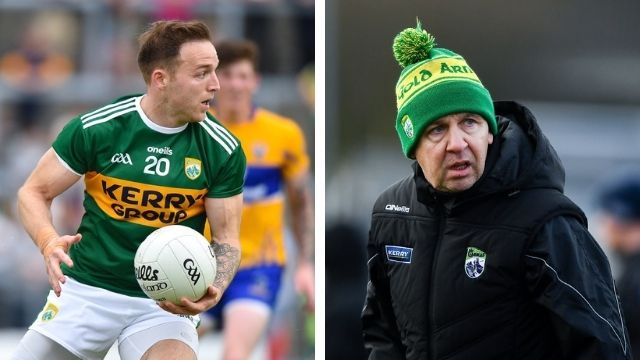