As the world continues to modernise so too does hurling. The level of detail, preparation and thinking going into the game is on the rise and that's true for all aspects, including the puck-out.

Despite their reputation as a straightforward outfit, Kilkenny devote as much time as anyone to this aspect. As Galway goalkeeper James Skehill told Balls.ie recently, they had set patterns they use to dismantle opposition puck-outs.

I remember we played Kilkenny last year in the Leinster final in Croke Park. Johnny Glynn was on the wing. Cillian Buckley was centre-back but he started to move and Walter Walsh was shooting out.

So Johnny was one of my strongest targets but they had numbers there to counter it. They enticed you to go the far side where Kilkenny are stronger. Teams do everything now to orchestrate a chance or react to one. I have a long puck-out and teams often pack out the forward third so they have a heap of numbers around it to get on those breaks.

It is something that will have a huge say in Sunday's All-Ireland final and somewhere the teams are well matched.

Stats from Sure, the official statistics partner of the GAA, show as much. On their own puck-out, Kilkenny have won 65%. For Tipperary, that figure is 60%.

Both teams have won exactly 41% of their opposition puck-outs this year. In doing so they disrupt their opposition's opportunities for primary possession and force goalkeepers into a change of tactic. That means all eyes in a packed Croke Park will be on Brian Hogan and Eoin Murphy.

Murphy will pepper the Tipperary D and lay the gauntlet down to the three Mahers. This is where Liam Sheedy's choice at full-back will prove crucial. Consider the goal Colin Fennelly scored in the All-Ireland sem-final. Whoever marks the Ballyhale man will have to compete under the long ball. A moment's hesitation can prove costly.

Cracking goal from Colin Fennelly, but what about this for a puck out from Eoin Murphy ?pic.twitter.com/oWfQl2Gh4p

For Liam Sheedy, he must decide whether he sticks with the same back six that started the semi-final or reintroduces James Barry, who marked Fennelly in 2014. Of equal importance is countering Walter Walsh. 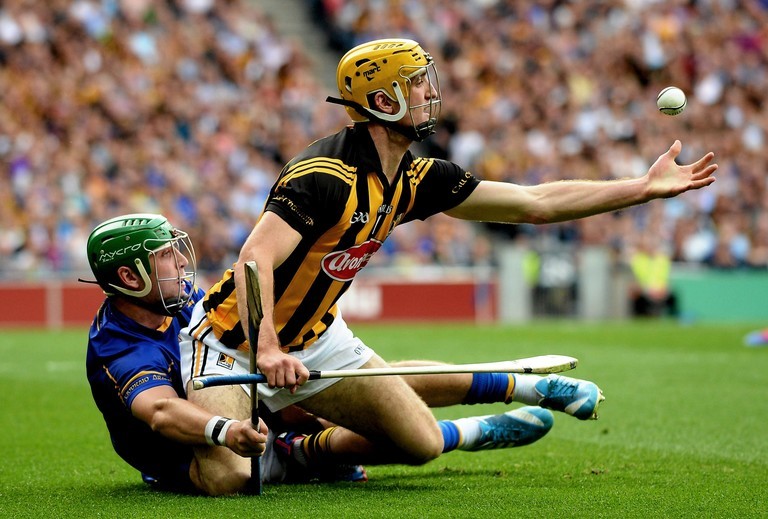 Standing off or competing fully are the type of split-second gambles a full-back considers relentlessly in inter-county hurling. Yet the stakes are that bit higher in an All-Ireland final.

It's the sixth final between these sides in a decade and the overarching lesson is that fine margins decide games of this magnitude. Twice in 2014, in 2011 and in 2009, five points or less was the deciding score.

Styles make fights and the same is true for hurling. Here lies two teams who have consistently delivered classic encounters. Neither are provincial champions and that just adds to the evenness. The stat from Sure indicate as much.

It's one all between Liam Sheedy and Brian Cody as thing stand. One split second could dictate who takes the ascendancy.

Hurling
1 year ago
By Michael McCarthy
Quiz: Do You Remember The 2019 Intercounty Football And Hurling Championships?
GAA
2 years ago
By Balls Team
The Balls.ie Selection For The Hurling PwC All-Stars
GAA
2 years ago
By Mark Farrelly
Nominations For PwC Hurling All-Stars And Player Of The Year Revealed
Popular on Balls
Football
3 hours ago
By Eoin Harrington
Juan Mata Questions Manchester United Management After Dire Season
Golf
2 days ago
By Gary Connaughton
Padraig Harrington Glad He Didn't Have To 'Make A Decision' On Saudi Golf League
Football
1 day ago
By Gary Connaughton
The Frank Lampard Love-In After Everton's Survival Was Downright Bizarre
GAA
2 days ago
By PJ Browne
'It Came At An Awkward Time. I Didn't Think It Would Be So Bad'