From the moment Stephen O'Brien was replaced in Kerry's starting line-up by Brian Ó Beaglaoich for Sunday's clash with Cork, Tomás Ó Sé thought the Kingdom were on the wrong track.

A Mark Keane goal with the last kick of the game saw Cork defeat Kerry for the first time in the championship in eight years.

"We give out about certain defensive stuff that we see up the country but that was a terrible game of football. It was a hard watch," Ó Sé told the Sunday Game.

"Conditions were tough but when you see Stephen O'Brien being changed and Brian Ó Beaglaoich being brought in, and Kerry setting up as defensively as they did - I think they got it totally and utterly wrong.

"I thought it was shambolic from the word go. It was as poor a display as I've seen from Kerry since 2001 when they lost heavily to Meath.

"They played Monaghan, they played Donegal, and we were raving about how direct they were, about the shape they had, the more defensive they were.

"I think they set up with pure fear today. They stood off Cork.

"Coming down today the one thing you'd hope, that no matter what else, the Kerry team would be in a mentally strong place to really go to war with Cork. That's a given - that wasn't there today.

"It's a question that's going to be thrown at management. The subs they brought on were all defensive.

"They brought on Killian Spillane - he went very well. At no stage would they change it up and go full on, and go manic pressing the way they have been up to now.

"I just thought - on the sideline and on the field - it was shocking from Kerry."

The five-time All-Ireland winner thought Cork's workrate in the middle of the pitch was key to their win and that Kerry set up with a possible date with Dublin in the back of their minds.

"From a Cork point of view, I've given them grief over the years, they did it manfully.

"They set up defensively because of the danger that Kerry had up front - that danger wasn't there today. They were so sloppy today, Kerry were.

"Cork set up a wall. Why did Kerry set up this way? They couldn't get through that wall in the middle of the field.

"Peter Keane made a decision at the start of the year to get rid of Donie Buckley. Now, that's ammunition for people to say, 'Did they sort out their defensive issues?' No they didn't.

"I just thought that Kerry set up today for a game that is never going to come now."

"I thought they got it totally and utterly wrong" 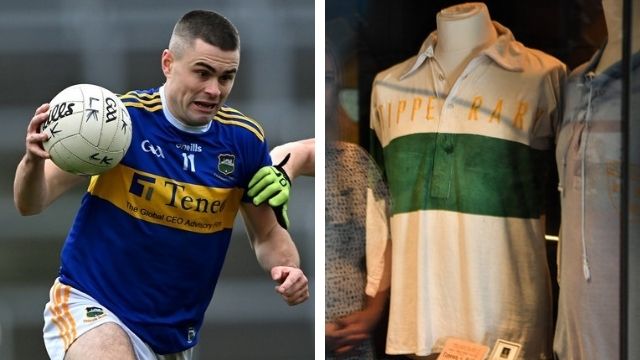 GAA
3 days ago
By PJ Browne
Tiernan McCann Decision Part Of Worrying Trend For Tyrone
GAA
3 months ago
By Eoin Harrington
Why The GPA Are Backing The New Football Championship Proposals
GAA
4 months ago
By PJ Browne
'I Sent A Message To The Group Early In The Week, 'No Social Media''
Popular on Balls
Football
1 day ago
By Jonathan Byrne
Report: Festy Ebosele Attracting Interest From Bundesliga And Serie A
Football
8 hours ago
By PJ Browne
'If He Continues With Performances And Goals Like That, Stephen Kenny Will See It'
GAA
2 days ago
By PJ Browne
Army Gave Sue Ramsbottom No Time To Drown Sorrows After Laois All-Ireland Loss
Football
1 day ago
By Jonathan Byrne
Peter Crouch's Stories of Being David Ginola's Bootboy Are Comedy Gold