In a replay of last year's All-Ireland senior Ladies football final, Dublin stormed to the Lidl Ladies National Football League title thanks to a 3-15 to 1-10 win over Mayo.

Following on from the high drama in the curtain raiser, this final was far more one-sided as an early Sinead Aherne penalty set the template for what was to come. Mick Bohan will have been particularly pleased with the manner of his side's performance as a team that needed a late Nicole Owens to overcome Galway in the semi-final hit the ground running and ran up a 2-10 to 1-5 lead at half-time. 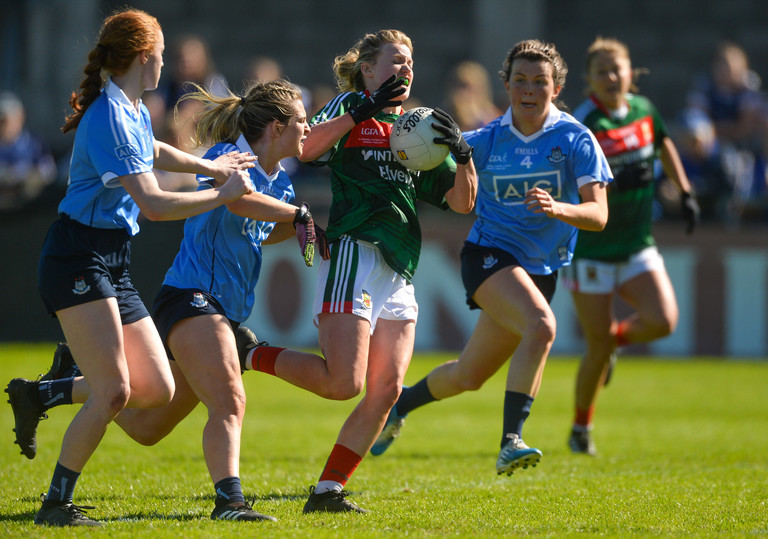 Mayo to their credit refused to die and after an early onslaught landed the score of the half when Sarah Rowe landed an outstanding point after a superb double save.

Dublin started the second half as brightly as they did the first with Noelle Healy scoring a terrific goal, delivering a pin-perfect pass inside and following up for the 1-2 before slotting the ball into the corner.

Dublin's triumph at Parnell Park was their first-ever league title and a resounding reminder that last year's national success was not a once-off.

SEE ALSO: 'Back In Black' - How A Jersey Helped Resurrect Sligo Football's Fortunes