'Back In Black' - How A Jersey Helped Resurrect Sligo Football's Fortunes

For the first time in five years, Sligo will commence their Connacht championship bid with a trip to Ruislip where they will take on London. In 2013, Kevin Walsh's side went down 1-12 to 0-14 to the Exiles; kicking off London's improbable run to a Connacht final with their first provincial win since 1977.

It was a defeat that would spiral into the current Galway manager Walsh stepping away from his role under intense media scrutiny - none being quite so virulent in their condemnation as Sligo's own Eamonn O'Hara.

Yet, to whatever degree O'Hara's comments on The Sunday Game were perhaps a touch over the top, his inter-county experience had left the prospect of such a defeat unpalatable.

In 2010 and 2012, two Connacht finals had escaped Sligo when they were within one score of Roscommon and Mayo. In 2007, Sligo had overcome Galway to claim the county's first provincial title since 1975. They had been to Croke Park numerous, they had beaten Tyrone, almost beaten Kerry in Tralee, and driven the eventual All-Ireland winners Armagh to a quarter-final replay in 2002.

Unlike only a handful of Sligo players before them, the introduction of the All-Ireland qualifiers in 2001 had offered players from counties like Sligo the chance of performing on a national stage. In 2001, however, it provided Peter Ford's side with a previously unforeseen issue, and an opportunity to embrace the culture of change, and run with it. 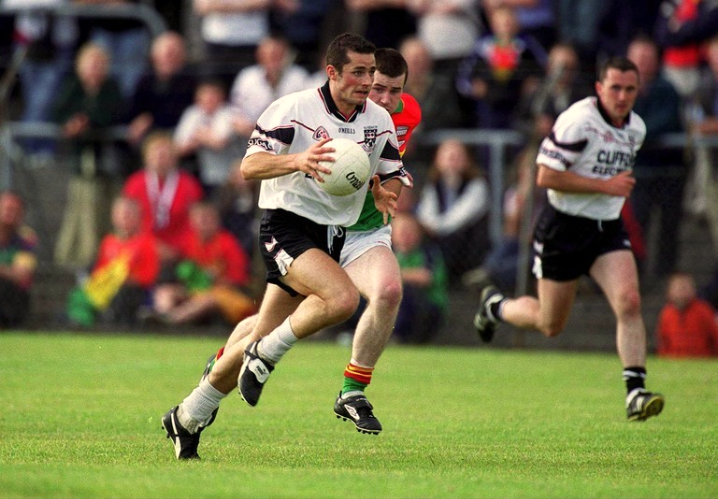 Having called a halt on his inter-county career earlier this year, the list of things Mark Breheny would be remembered for would hardly have included the following; he was the last active Sligo footballer to represent his county in white.

Making his debut during a National League game against Meath in 2000, the St. Mary's man entered the county panel at a relatively low ebb. Having not won a provincial title in a quarter of a century, Sligo had not explored the further reaches of the football championship since a chastening defeat to Mick O'Dwyer's Kerry in an All-Ireland semi-final.

With the introduction of the qualifiers however, things were about to take a significant turn. Having lost narrowly to Mayo in the 2001 Connacht semi-final, Sligo made the unfamiliar trip to Dr. Cullen Park in Carlow for their first taste of the new All-Ireland structure.

After a 7-point win, Sligo was on its way to Croke Park to face Kildare, and, in Breheny's own words, "there was something rumbling in the county."

However, in meeting Kildare, Ford's side encountered an issue that would alter their very outlook on what they were capable of achieving, and, in time, come to alter what people expected them to achieve. 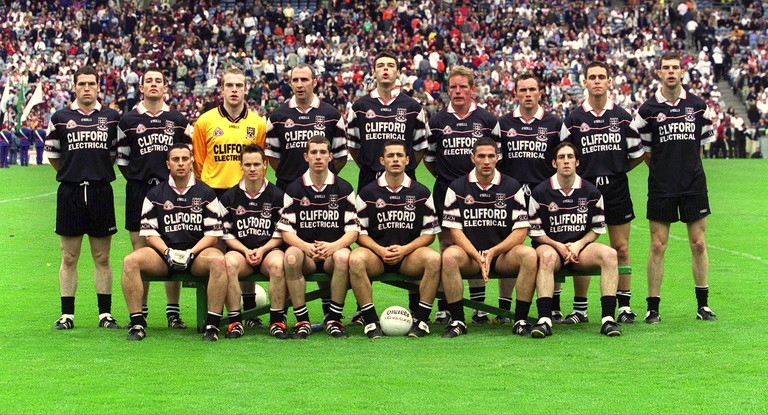 Speaking to Balls, Breheny recalled the sensation that Sligo were "starting with a new jersey at the start of a new era," and, of course, they were winning games.

In facing the similarly attired Kildare, Sligo were forced into a jersey-change. Having traditionally worn black, but progressively slipped into white over a series of decades, a memorable win against Kildare in Croke Park left an indelible mark on the psyche of this coming-team.

Before the next round against Dublin, one of Sligo's longest-serving players explained the thought that went into sticking with this new black jersey:

Peter Ford, our manager at the time, was a bit superstitious, so he didn't want to change it. The lads on the team all loved the jersey, so we just continued with it then.

Despite the county board being keen for Sligo to go back to wearing white, "the management and players who were pushing for the black" won out in the end.

It wasn't just the players either, "there was a great response to the jerseys around the country and from Sligo fans" also.

Although their run through the qualifiers would end against the Dubs, the following year would bring further success. Having lost a Connacht final to Galway, Sligo's berth in the 2002 qualifiers came against Mickey Harte's Tyrone.

It certainly helped us going forward ... we put on this jersey and we were like another team, and we certainly weren't going to go back.

Coinciding with a definite upturn in Sligo's form, Breheny recalls "a county in the dark [that] went with a dark jersey that enlightened our fortunes."

With the emergence of the qualifiers offering football fans across the country a whole range of extra matches to attend, or watch on television, Breheny could appreciate the scale of what was happening even within Sligo town at the time:

When I was growing up in Sligo town, as a young fella there were no jersey sales as such ... you couldn't even get a Sligo jersey.

When the qualifiers came in, the GAA exploded, a bit like the Premier League really, and that effected everything, including jersey sales.

Although Sligo would go on to lose narrowly to eventual All-Ireland winners Armagh in a quarter-final replay in 2002, the next few years offered Sligo fans numerous unforgettable afternoons.

While more silverware would have perhaps provided this period with more of a sheen, Sligo showed themselves to be more than capable of mixing it with many sides across the country.

If not for a missed penalty in 2009, Sligo would have gone so far as to beat Kerry in an incredibly tight affair in Tralee.

With the onset of a new dawn for the All-Ireland championship, Sligo adopted a new style for themselves. Having come within a fraction of emulating the county's best ever championship performance in 2002, the 'All-Blacks' of Gaelic football took and gave great pleasure in equal amounts; all the while writing their own successful chapter in Sligo football's often maligned story.

See Also: A Fright On The Pitch, Trouble Off It: Leitrim's Unforgettable 2003 Trip To New York