Kildare are the EirGrid Leinster U-20 championship champions after a convincing 1-15 to 0-9 victory over Dublin at O’Connor Park, Tullamore.

Dublin had won the last four titles in its previous under 21 format and had started brightly, running up a 0-5 to 0-3 lead with St. Oliver Plunkett's club man Sean Bugler landing two great scores.

Sean Bugler with a clever sidestep & neat finish for a @DubGAAOfficial point pic.twitter.com/AEH7AuWtUu

However, Kildare roared back into the game and scored the next seven scores to lead 0-10 to 0-5 at the break. Davy Burke's side were clinical with possession and the ever-showing full-forward Brian McLoughlin ensured they had a constant target in the inside line.

Brian McLoughlin of @KildareGAA with a brilliant point from an acute angle pic.twitter.com/bH3d4yiMCg

They continued strongly after the break as they relentlessly ran at the Dublin defence.

Jimmy Hyland, who was the star performer three years ago when Kildare won the minor Leinster championship, was once again to the fore and hit 0-9 which included an exhibition from the placed ball. 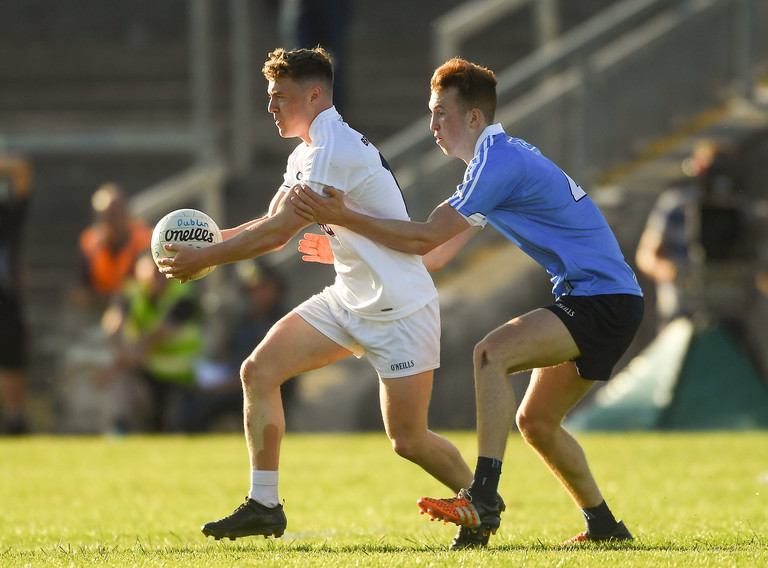 In the end, it never looked in doubt and Tony Archbold scored a late penalty to secure a deserved win.

A brilliant peformance, huge congratulations to the team & management #LeinsterChampions

For Dublin, their championship is now over and centre-forward James Madden can now turn attention towards his future amidst reports that he received several offers from AFL clubs to play in Australia.

SEE ALSO: Dublin Knocked Out Of Championship But Joy For Wicklow After Superb Victory