Westmeath Vs Dublin Needs To Be In Mullingar, For The Good Of Leinster Football

The All-Ireland final may have been played less than a month ago but the focus has already been shifted to 2020. The draw for the provincial championships has been made, with counties now knowing their path to glory.

While there is plenty of anticipation over the likes of the Ulster championship, the Leinster football championship already has a sense of inevitability around it. That is completely understandable, with Dublin having won 14 of the last 15 editions.

The gap between the Dubs and the rest of the province only seems to be widening. The reasons for that have been well publicised, but we are here to discuss another issue.

Dublin will play Westmeath in the quarter final stage of next year's championship, with the Midlands county receiving a home draw. In theory, this would mean the game should take place in TEG Cusack Park in Mullingar.

As we know when it comes to Dublin, these things are never straightforward.

They were completely insulated inside their own county for Leinster championship games until 2016, with their trip to Longford the only away game they played at the provincial stage during a 23-year window.

The campaign to take Dublin out of Croke gained momentum in recent years, which saw their game against Laois moved to Nowlan Park in 2016. O'Moore Park in Portloaise was not considered to be of a suitable size, meaning the game was played on neutral territory. The majority of Dublin supporters were thrilled with the opportunity to travel. 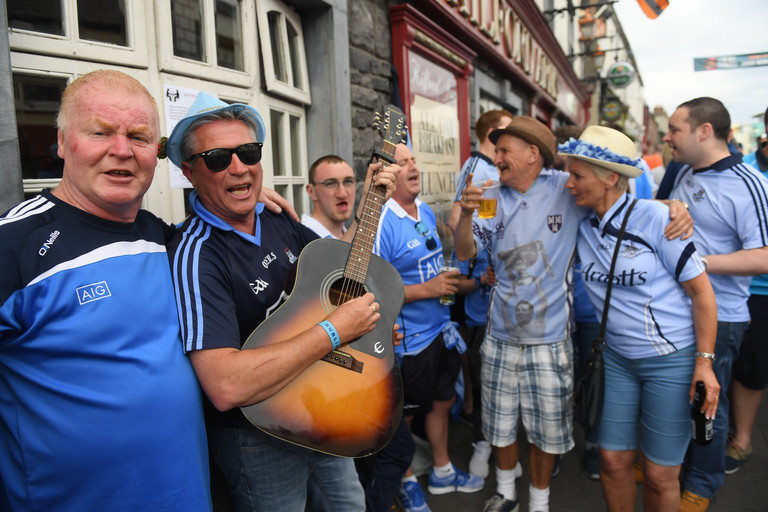 In 2017, Portlaoise was suddenly deemed satisfactory, with Dublin easily dispatching of Carlow. O'Moore Park was once again the venue for their win over Wicklow the following year, as well as the victory against Louth earlier this year.

All of this means that Dublin still have not played an away game in Leinster since 2006, and only one since 1993. Despite the wishes of Westmeath, and just about every other GAA supporter in the country, it won't happen in 2020 either.

The Leinster Council Chairman Jim Bolger has already poured cold water on the idea that the Dubs will play in Mullingar next summer, with the slightly larger venue of O'Connor Park now mooted (h/t Irish Mirror):

You could take it now that it will be Tullamore. It’s an ideal one for Tullamore the way the draw fell.

We have to look at all sides of it and how we can safely accommodate the expected attendance and Tullamore is ideal we feel for this one and it’s not too far from Westmeath as well so you’d imagine it won’t discommode them too much to come over there but for patron safety, Tullamore is a very good stadium to cater for this...

Of course, this is not to blame Dublin. They will no doubt play them game in any ground, and will be overwhelming favourites to win regardless of the venue.

However, in times when the GAA and the Leinster Council have been increasingly questioned in regard to their treatment of Dublin, this move is unlikely to go down well.

Nor should it. If Westmeath had been drawn out of the pot first against any other county there would be no question as to the venue of the game. As a Westmeath man myself, I know what an occasion it would be if Dublin were to come to Cusack Park. It would be huge for football in the county.

For the players who commit so much to a relatively thankless cause each year, it would be massive to take on the All-Ireland champions on their own turf. It would be unlikely to have a major effect on the result, but it would be a possibly generation defining game for Westmeath. They will now be robbed of that opportunity. 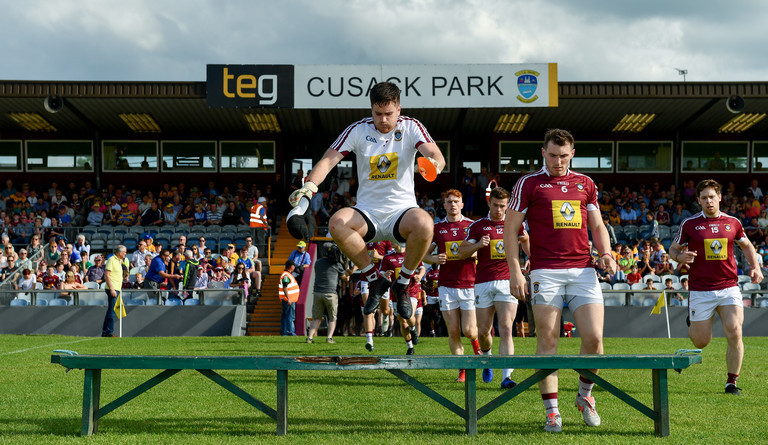 Think of the buzz this would create for supporters of both teams. With the current state of Leinster football, it is exactly what is needed.

It appears that few lessons have been learned from the 'Newbridge or Nowhere' campaign of 2018. Jim Bolger suggests that was an issue for the Central Council and not the Leinster Council, and that they hold their venues to a higher standard.

It shouldn't have to come to that. Cusack Park may be a small ground, but it is had been chosen to hold major club championship games in the past.

The phenomena of trying to fit as many people as possible into a given game is something fairly unique to the GAA. Many people in Gaelic Games do not like to be compared to other sports, but this is something that rarely happens in other places.

If Manchester United are drawn away to Accrington Stanley in the FA Cup, they will play the game at their 5,000 capacity ground. If anything, this usually only adds to the occasion.

Demand for tickets would be high, and some supporters would almost certainly miss out. Is that not better than to play games in a half empty stadium?

O'Connor Park in Tullamore may hold 16,500, but you can almost guarantee that the ground will not be full.

While Jim Bolger may claim that the relatively short difference between Westmeath fans to Tullamore 'won't discommode them too much', you can be assured many who would have attended the game in Mullingar will not bother making that trip, no matter how short it may be.

You can't really blame them, especially when you consider this game is only being moved to accommodate Dublin supporters. There is little doubt that those from Westmeath would like to be granted the same amount of consideration.

In a time when the Leinster championship is dying, wouldn't it be great to inject a small semblance of romance back into the competition, no matter how short lived it may be? Of course, what is good for the game isn't always good for the pockets of those who make these decisions.

GAA
1 day ago
By Michael McCarthy
15 For 30: Vote Now For Your Best Meath Team Of The Last 30 Years
GAA
2 days ago
By PJ Browne
Watch In Full: Kerry Vs Tyrone In The 2005 All-Ireland Football Final
68

GAA
2 days ago
By Gary Connaughton
Is There A More Beautiful GAA Pitch In The Country Than This One?
Previous Next

GAA
1 day ago
By Michael McCarthy
15 For 30: Vote Now For Your Best Meath Team Of The Last 30 Years
GAA
2 days ago
By PJ Browne
Watch In Full: Kerry Vs Tyrone In The 2005 All-Ireland Football Final
GAA
2 days ago
By Gary Connaughton
Is There A More Beautiful GAA Pitch In The Country Than This One?
Popular on Balls
The Rewind
7 hours ago
By Michael McCarthy
Watch: Aussie Cameraman Assaulted By US Police On Live TV, Prime Minister Demands Investigation