Wexford forward Adrian Flynn has hit out at manager David Power and the Wexford preparations while watching the Kildare-Westmeath game today.

Flynn, the Wexford centre-forward played 50 minutes of Wexford's 0-19 to 1-11 defeat by Fermanagh at Wexford Park yesterday but he was looking back at Wexford's Leinster championship opener against Kildare four weeks ago. 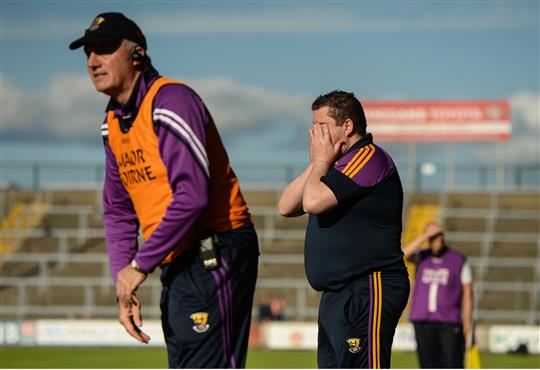 On that occasion, Wexford only lost out by a point to Kildare on a scoreline of 0-9 to 0-8 and Flynn clearly thinks that had the Wexford set-up been right, they would have not only beaten Kildare but gone on to beat Westmeath - who beat Kildare by a point in the Leinster semi-final at Croke Park earlier today.

Wexford were very disappointing in yesterday's qualifier against Fermanagh however - although the game was close enough after 45 minutes - Pete McGrath's team pulled away in the final quarter - even though midfielder Richard O'Callaghan was black-carded.