A game nobody wanted to win. Galway and Wexford finished in a 0-18 to 0-18 draw in Pearse Stadium after a tie low on quality but high on entertainment, in the end at least.

Having led by seven at one point, the home side looked safe and secure. Yet a stiff Salthill breeze and resurgent Wexford set up an epic finish. When Conor McDonnell slotted a sensational score in the dying minutes, his side led.

There was life in the Tribesmen yet and Jason Flynn stood up to land the equalising point. Davy Glennon could have followed it up with a goal but the ball broke and a sweeping move later, Dunbar found himself one-on-one with Colm Callanan standing in his way.

Cathal Dunbar misses a fantastic to chance to win it for Wexford.

It was a huge opportunity but just one of several missed Wexford chances on the day.

Wexford also had their manager Davy Fitzgerald sent off in the second half after he confronted a linesman over an off-the-ball challenge. 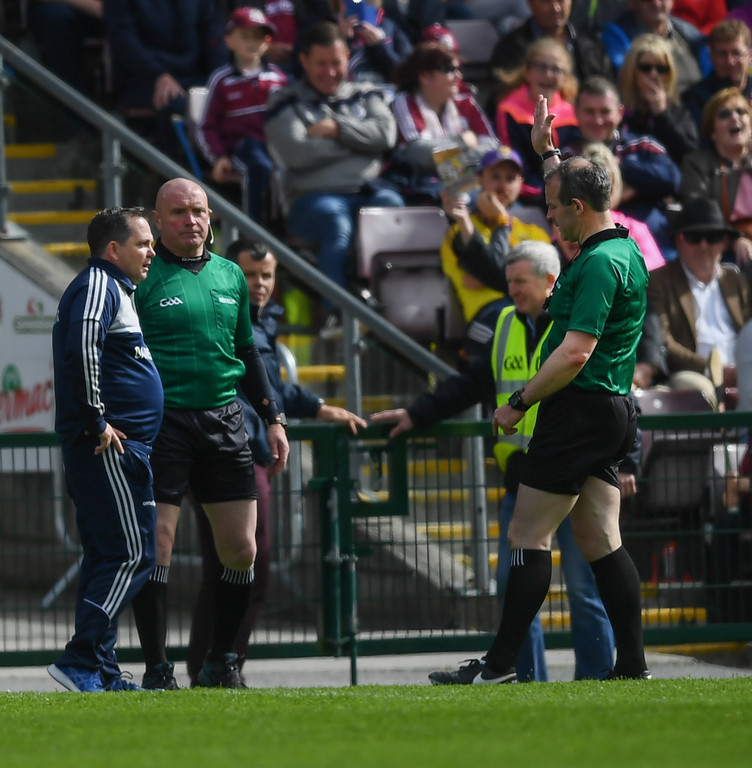 "A draw was probably the fairest really," said Man of the Match Conor Whelan after the game. He wasn't wrong. Work to do for both sides as they look towards two massive matches to come.