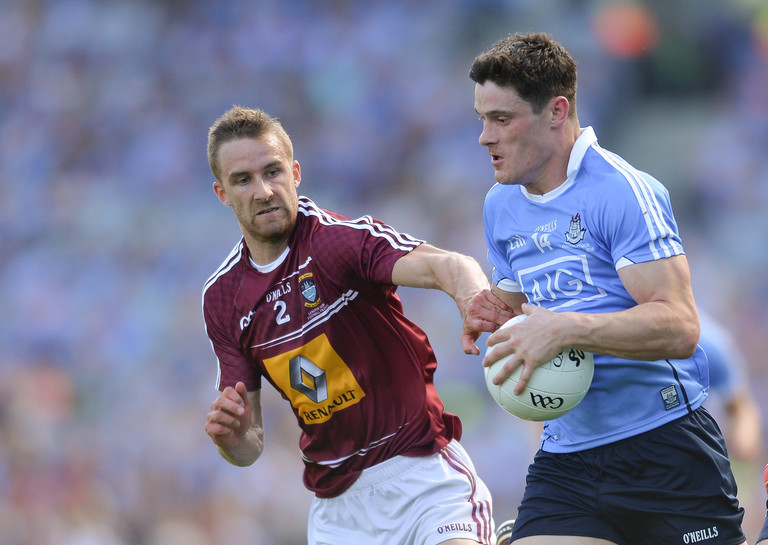 Another Championship weekend lies ahead, so if you're wondering what GAA is on TV, read on!

What GAA is on TV this weekend?

This weekend we take a break from hurling, with two football semi-finals taking place.

On Saturday evening all games will be on Down and Monaghan as both teams are looking for a place in the Ulster Final. The winners will meet Tyrone, who crushed Donegal last weekend.

Throw in is at 7pm in the Athletic Grounds in Armagh. The match will be broadcast live on RTÉ 2.

Last year, Monaghan were knocked at the semi-final stage, when they were beaten by Donegal, and you can be sure they don't want to exit at the same stage this year.

After wins over Mayo and Kerry in the league, they are red hot favourites and have the capability to over come the Mourne men.

Although Down too look to be improving after a satisfying win over Armagh in the quarter-finals, they will want to secure another win and a place in the Ulster Final.

The second of the semi-finals this weekend sees Dublin on Westmeath this weekend as both teams bid for a place in the Leinster final against Kildare, on July 16th.

The throw-in is at 4pm in Croke Park, and the Sunday Game are broadcasting the match live on RTÉ 2.

Undoubtedly, current All-Ireland champions Dublin are the favourites in this match. They have dominated the province and are in search of their seventh consecutive Leinster title.

Westmeath successful campaigns last year and 2015, and you can be rest assured they will not give up easily.  They have caused trouble for Dublin at times.

Having won 36 of the 38 Leinster matches they have played since 2005, Dublin are the favoured team.

That's all the GAA that will be shown on TV this weekend.

GAA
4 years ago
By Cian Roche
'It Can Be Very Frustrating... That's Probably Why We Went So Mental'
GAA
4 years ago
By Mikey Traynor
Watch: 2 Goals In 2 Minutes Lift Mayo To Hard-Fought Win Over Clare
GAA
4 years ago
By David Kent
The Sunday Game Can't Agree What To Do With Restructuring The Championship
Popular on Balls
Football
1 day ago
By Eoin Harrington
'Ronaldo Is A Cod' - Remembering Eamon Dunphy's Infamous 2008 Rant
GAA
17 hours ago
By PJ Browne
The Draw Has Been Made For Tailteann Cup Opening Rounds
GAA
1 day ago
By PJ Browne
Donal Óg Cusack Defends Dublin Hurlers After John Mullane Criticism
The Rewind
2 days ago
By Eoin Harrington
Watch: Brilliant Dermot Morgan Dublin Segment From 'The Travel Show' Resurfaces