A few topics tend to arise year on year in the GAA. Two staples are the rumour mill and dealing with the media.

For Brendan Maher and the Tipperary hurlers, those two themes collided head on earlier this year to create a swirl of frustration. A leaked WhatsApp led to a vicious rumour making its way into the public domain. The press got wind of it. However, in a fortunate twist of the standard tale, it was gratitude that Tipperary felt towards the media:

The rumours that went around this year, it was social media, from individual accounts and WhatsApp groups. I thought the media were very fair in the way they dealt with that this year, something that we very much appreciated as a group because it was a huge distraction to us. It was very unfair on the players involved and the outside people not in the group that were brought into it that, who shouldn’t have been brought into it. That was definitely something that was very much appreciated from our side of things.

Brendan Maher is approaching his ninth year as a Tipperary senior hurler. Last year saw his county's quest for back-to-back All-Ireland's prove unsuccessful. But for him it was the lawless elements that proved most frustrating:

It was unfortunate the way it happened, but it was out of our control. One thing I would say is that a couple of pieces done in the media, a few players did interviews afterwards and it was very much pro the defending of our group and how it was false rumours. It was definitely something we appreciated.

Like something that gather legs like that, especially when it is 100% false rumours, is the frustrating part to have. Whatever about rumours going around, but then when a player’s partner is involved and wrongly accused of something it's very damaging to that person. Look, you’re dealing with a group of messers on WhatsApp that just decided to start spreading all these sorts of rumours.

It’s just gas, look at the current thing with Ballyragget, you see how quickly things can be spread around. 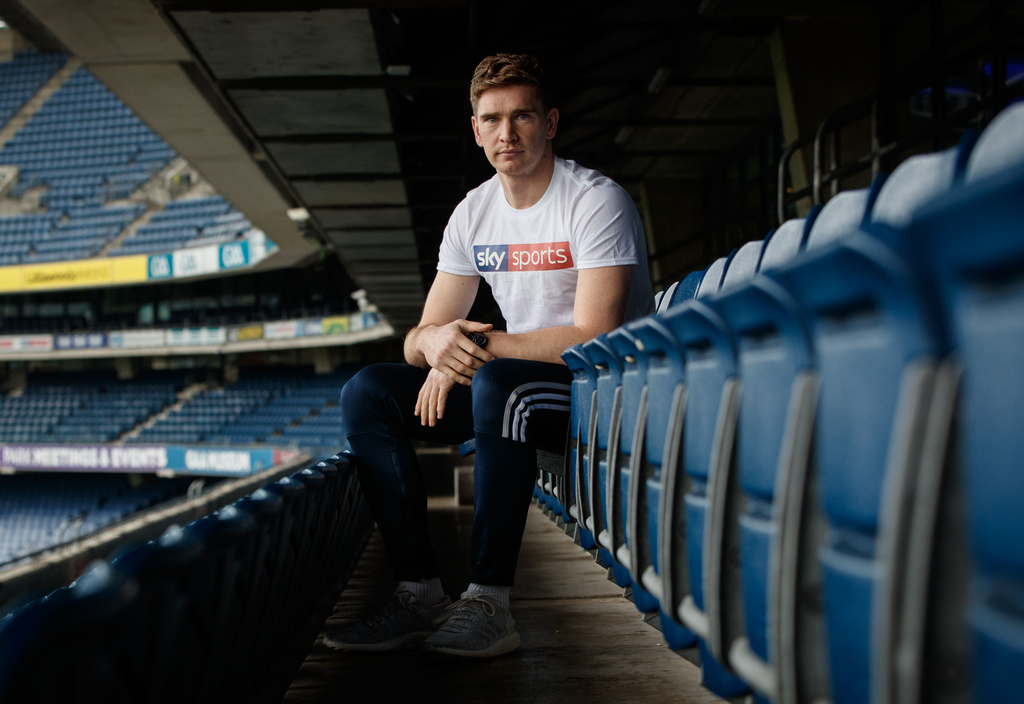 Maher was attending the GAA Youth forum at Croke Park. An isolated corridor and a low-lying sofa host our conversation. He sits foot on knee, composed and calm, used to these situations. Dealing with the media is part of the job. In fact, it is the job.

Once a teacher, Maher recently took a position with Teneo PSG as a senior consultant in their sports and sponsorship division. A press release outlines some of his new roles: sponsorship activation, sports PR, media training for young athletes.

Media training is an immediate red flag. Robotic interviews, dull and devoid of character, are often cited as the result of media training. That's not how Maher sees it though:

It’s probably more prevalent in professional sports like rugby and the likes but I definitely feel it is something that could be looked at a little bit more in GAA, when a young player breaks onto the scene coming from a strong minor, u21 into the senior teams straight away they are in the limelight and they may be involved in a press day for a game. Just because they are a good sportsperson doesn’t mean they are comfortable to speak publicly or to the media, its something that we just we do we try and train up the young players how to cope with the pressure of being but on the spot, questioned and the importance of being themselves, being calm and letting their personality come across.

Just the messages they should and shouldn’t portray.

Practice makes perfect, at least in the world of media training. For Maher, players are often willing to speak to the media but lack the confidence to do so. That's what he aims to correct in his dealings:

It’s about making players feel comfortable, that they can be comfortable. Be themselves. I think the reason some interviews become robotic is because they feel under pressure, they feel like they can't say anything and they are afraid to say anything.

There are guys I think out there that would be happy to interact with the media more but it is just about giving them that confidence and that little bit of training that will give them that ease and be more comfortable. I think it can work both ways, if we can have players that are comfortable speaking to media obviously you’re going to get a better story and get to know a player more. If a player goes in fearing the interview and fearing what they’ll be asked that’s when you get the guard up. I think there is pros to it from both sides. The more comfortable a player is and the more at ease he is the more open he’ll be.

On top of the distraction of illegitimate rumours, Tipperary also had to contend with the pressure of securing a much-touted double. Maher's feet had barely left the steps of the Hogan Stand when talk turned to the prospect of a first double since 1965. The only hurdle, as makeshift pundits across the nation will tell you; complacency.

Where do high expectations generate from? Is the source the team or the media?

It’s probably that expectancy is on ourselves as well within the group. This year we got beaten as a semi-final. We see it as a bad year. It is probably just the expectancy levels that are there both within and outside the set-up. It was never a reflection of what the media were writing about.

It’s something that is in Tipperary and will always be there.

Brendan Maher was speaking at the GAA youth Forum supported by Sky Sports. The #GAAyouth Forum is designed by young players, for young players from the GAA, LGFA and the Camogie Association.