This article originally appeared on Balls.ie in 2016.

If you have the slightest interest in club music and dance culture, you will be familiar with the Boiler Room youtube movement. These are generally hour-long, one-take videos of a superstar DJ spinning records in a club or music festival. It's a very boring concept on the surface, but the genius of the Boiler Room set is the producer  allowing attention-seeking club kids into the personal space of the superstar DJs. It's oddly addictive watching twentysomethings zonked on green grenades trying their best not to dance. These videos are basically the dance music version of GAA post-match interviews.

We are in debt to reader to Kevin Clarke who alerted us to a sighting of a vintage Offaly jersey being worn by a clubber during a Mano Le Tough set at the 2015 Dekmantal festival in Holland. Seeing as le Tough is an Irishman named Niall Mannion, it seems wonderfully appropriate that he was surrounded by some aspect of his home culture as made his DJ faces and played tunes.

The kid dominates the first ten minutes of the DJ set before being crowded out by taller men. We wonder is a child who protested that famous day in '98 and chose to burn the rest of his days in Berghain when the only alternative was to stay in Banagher and watch Offaly GAA die? Or more frighteningly, have club kids in Europe simply adopted the GAA jersey the way American hipsters became hoopsters all those years ago? Given his shades, sallow skin, and backward-facing yellow baseball cap, we fear this young man is no BIFFO and is instead presenting Offalyness in an IRONIC way. What would Brian Whelahan say? 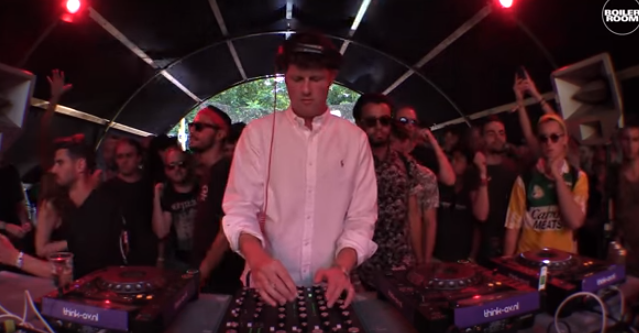 Regardless, nothing in global culture is immune to the GAA jersey.

GAA
1 day ago
By Daragh Ó Conchúir
Emotional O’Sullivan Proud Of Win After Tough Week For Dublin Camogie
GAA
4 days ago
By PJ Browne
Elite Male GAA Player Coming Out As Gay Would Be 'Progressive' Move
GAA
5 days ago
By PJ Browne
'It Came At An Awkward Time. I Didn't Think It Would Be So Bad'
Popular on Balls
Football
17 hours ago
By Gary Connaughton
Gary Neville Worried About Future Of Burnley After Relegation To Championship
Football
20 hours ago
By Gary Connaughton
Report: Cristiano Ronaldo 'Blocked' Manchester United's Antonio Conte Pursuit
Football
23 hours ago
By PJ Browne
McGeady Questions Why He Got So Much Abuse For Choosing Ireland
Football
2 days ago
By Eoin Harrington
Juan Mata Questions Manchester United Management After Dire Season