Hurlers Perplexed And Annoyed By The GAA's Yellow Sliotar Edict

Unbelievably, the 2020 Hurling Championship is less than two weeks away. After a summer when we feared it may never happen, Laois and Dublin will meet in the Leinster Championship on Saturday week, with Limerick and Clare clashing in Munster the next day.

After a refreshing summer of club action, it'll be still nice to see the intercounty colours in action again. Naturally for a competition that always takes place in the summer months, a start date of the 24th October is going to mean a few changes to this year's competition. One is that the majority of games will take place under lights. To account for that, the GAA announced last week that yellow sliotars would be used for the Championship to imprive visibility for players. Unfortunately, it doesn't seem as though much warning was given to the teams about this, and they have been taken by surprise. It also appears that players are not happy with this development.

Kikenny goalkeeper Eoin Murphy immediately tweeted when the decision was announced on Friday.

Lovely... Will need 500 hurls now to puck those rocks around. https://t.co/mpgOEGsB2t

Murphy had used microchipped yellow sliotars in Boston at the Fenway Classic, where they were criticised for being too hard.

Joe Canning, speaking today at the launch of Bord Gáis Energy’s sponsorship of the Senior Hurling Championship, criticised the decision and felt he'd been caught "on the hop" by it.

I don’t understand why we’re playing with yellow sliotars, to be straight up about it,” says Canning, who feels that announcing this decision earlier would have made for an easier transition.

I don’t know did they ask any players or anything about what the story was. Maybe they did. We’ve played with white sliotars under lights before in League time especially and I didn’t hear anybody saying, ‘Oh, we can’t use a white sliotar’. So I don’t understand, but it is what it is.Two weeks before championship to change the colour of the sliotars without telling anybody, it’s Croke Park’s decision and you just have to go with it.

I just hope they’re not the same as the Boston sliotars. I think it was Eoin Murphy who tweeted the other day that we’d need about 500 hurls because we’d break them because they’re so hard.

I just saw one or two of them there the other day. But they were the ones from Boston. So we didn’t use them. I think they’re coming in this week. I think everybody was caught on the hop with that because we didn’t know until it was announced last week.

I don’t even know who’s going making them or what the story is.

Canning and Murphy aren't the only ones who are annoyed by the decision. Speaking on RTE Radio on Saturday, former Waterford manager Derek McGrath also discussed the yellow sliotar.

I was lucky enough to see a couple of teams training over the last few weeks and I didn't see one yellow sliotar at any of the training sessions.
When it was announced yesterday, I was saying to myself that it had been rushed.

I happen to be doing a small bit with the Laois minors and the manager rang me this morning and said 'I have three dozen yellow sliotars for training tomorrow.' It will be our first time using yellow sliotars at training.

It’s just an interesting development. Call me old school. I might be radical in terms of ideas but I’m still old school in terms of the white sliotar. I’m willing to embrace it I suppose.

Cork are among county teams said to be already training with the new sliotar and reports suggest there is a quality difference from the balls used in Boston. It will be interesting to see if this becomes a bigger issue over the next couple of weeks when the hurling itself finally starts.

SEE ALSO: Embrace The New Sliotar, But Why Not Be Bolder Again? 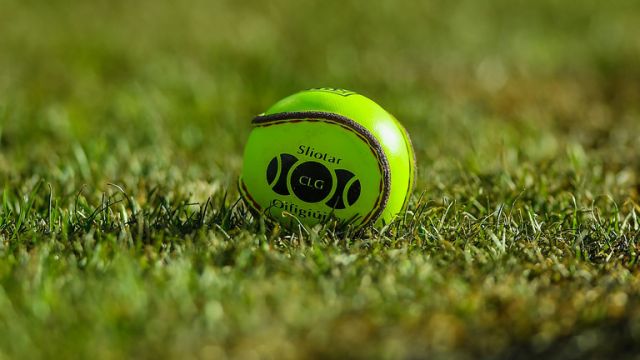