"Do They Really Exist? Jesus Christ, How Bitter Do You Have To Be?"

In April 2009, then Dublin under-21 manager Jim Gavin stood underneath the Hogan Stand to consider a three-point victory over Laois in the Leinster final. In typical Jim Gavin fashion, he reflected on a solid but unimpressive performance: "I wouldn't single anybody out," he told the Irish Times, only to then deviate and go on to hail one player in particular.

"Cian (O'Sullivan) did lead by example at centre half-back." What was the impressive task that the future three-time All-Star and six-time All-Ireland winner had completed to earn such lofty praise from his manager? He limited his man to 0-2 from play. An impressive achievement, given his opponent. It was obvious to all in attendance that Zach Tuohy was set for big things, it just wasn't as obvious where that would be. 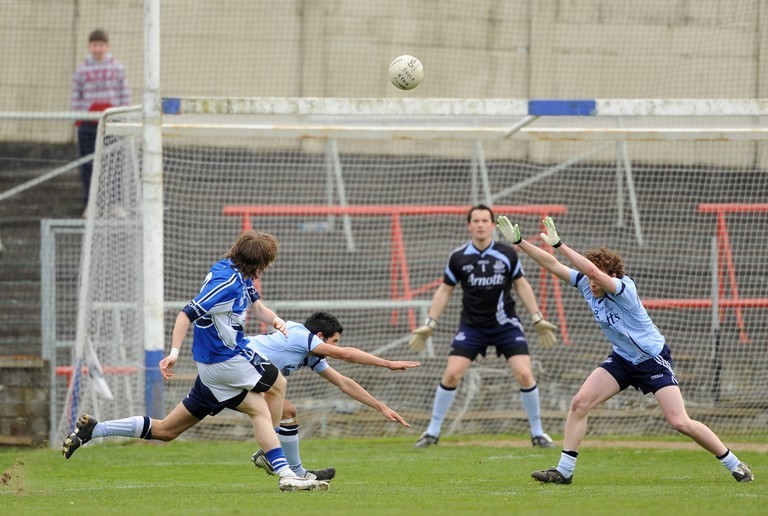 From Portlaoise to Melbourne and then Geelong, Tuohy has carved out a remarkable career Down Under. Over 160 appearances in the AFL, he is currently Ireland's leading player amongst an unprecedented number of participants. He initially baulks at the idea that he is now a role model but after a brief chin-rubbing moment of contemplation, he understands why it would be perceived that way.

"Not consciously no. But then... Jesus like, I just remember Setanta (Ó hAilpín) when I first came over. How good he was to me. Now we just really want to see them do well. It is representative, something for us. Maybe it is not 'us against them' but there is that mentality, 'let's show them what we can do!' I don’t consciously feel like a role model but by default, I have to be a little bit."

Tuohy is now with the Geelong Cats, alongside two talented Kerryman. Mark O'Connor and Stefan Okunbor, recent recruits who could one day make history by forming a trio of Irishmen starting together in an AFL game.

O'Connor recently returned to play for his club, Dingle, in the Kerry club county championship. It looks set to be the last time for the foreseeable future as Geelong declared they cannot permit him to do so again as ‘it’s a breach to his contract.’ This situation made national headlines. A storm in a tea-cup, as far as Tuohy is concerned. He has played club football numerous times in the off-season, but injury means that is not a possibility this time around.

However, he is keen to stress AFL franchises will need to come to terms with players' relationship to their hometowns.

They didn't give a warning. It is not threats. That is not how they do it. But, it is going to happen. Players are going to play. They are just going to have to wrap their head around how much club football means to the Irish lads.

As for Okunbor? "Where he is starting from is just perfect. His base skills are spot on. It is massive. He has got a fantastic skill set for the game."

The future is bright for his team-mates, but Zach Tuohy knows this is a personal high-point. He is at home in a family-orientated city with a success-driven club. A wife and child by his side, with another on the way.  A fulfilling career as a professional athlete has been fastidiously forged and the Laois man is keen to see fellow Irishmen avail of a similar opportunity.

Yet resentment at AFL recruitment remains rampant. Eventually, the conversation turns to another Kerryman. Former iconic footballer turned outspoken pundit Tomás Ó Sé, who this week argued GAA clubs are getting a raw deal under the current system.

7th player signed on the off season from Ireland. it’s great opportunity for lads and don’t blame them one bit but what a kick in the hole for clubs who’ve brought them through and given them everything.Counties too.Aussies just pick and leave.charge them.https://t.co/pF7w0IyAV6

Straight to club. Transfer markets??? Hardly. They are two different sports. We are amateur for god sake. Under Gaa supervision they should be made pay a contribution yes. God sake amount of clubs struggling financially and these fellas swan in and out poaching. Disgraceful

Say that to @DingleGAA who if they had Mark O Connor would probably be celebrating their first county in 70 odd years. Percentages my ass

Tuohy stresses he has not read Ó Sé's comments and understands where the general grievances come from. After a long and pronounced sigh, he suggests his own views on the matter haven't been fully expressed either. Until now.

"Look, I didn’t see what he said. Players will keep going and they should keep going. I reckon most people wouldn't know what my view is on Irish guys leaving. If I can explain now... If it was up to me they would all stay.

"But that decision isn’t to be made by a past player or anybody who has never been in the position. I got the opportunity, I left and I was glad to leave. I would still like for them all to stay but I would prefer them to make the decision themselves. It frustrates me when people try and canvass to legislate against players being allowed to leave because they don’t want it.

"Quite frankly, it doesn’t matter if Tomás or anybody else wants the Irish to stay. It is up to them."

From its foundation, the GAA was established with the explicit role of bettering Irish society. The success story that is Irish men and women forging careers as professional athletes in Australia would not be possible without the association and Tuohy feels this should be cause for pride, not anger.

"We should and everyone in the GAA should wear it as a badge of honour that a professional code is looking to us to improve their game. That is what we are doing. I would like to see Irish guys stay, but I didn’t stay. It wasn't an easy decision. I wanted to go out and test myself and I am glad no one is trying to make the decision on my behalf or deny the opportunity for me.

"This argument that people gave up the time to coach them but they are are not coaching them for the AFL, who are these people? Who are these people that coach a child from the time they are eight and then are angry when that same child goes on to become a professional sports person? Surely you wear that as a badge of honour."

Maybe it is just a Portlaoise thing but I can't speak to anyone who coached me when I was younger who is not beaming with pride. The football community in Portlaoise would like if I stayed, I would like if I had stayed. I find this time of year particularly hard. Portlaoise will play in the Leinster championship in a few weeks and I think they will give it a good rattle but I don’t know who these people are who coached young guys and are now angry at them for leaving?

Do they really exist? Jesus Christ, how bitter do you have to be? That is not an argument, is it?

AFL gives more than an income. There is a sense of fulfilment attached that is not unique to the game. It's not even unique to sport. Gratification comes in the doing, the medium is not necessarily relevant.

Last July, Tuohy stunned the nation with a jaw-dropping last-minute mark and score against Melbourne. Trailing 98-94, Geelong were in desperate need of a goal and Tuohy came up trumps with a fairytale finish. A mark on the siren and a pinpoint kick through the posts ensured a priceless comeback win.

ZACH TUOHY KICKS THE MATCH WINNER AFTER THE SIREN!#AFLCatsDees pic.twitter.com/0xknyuwHTL

It is often said that acting is performing extremely under fatuous circumstances and it is this profession that the Irishman draws comparisons with.

"I was pretty lucky to get the chance. That does not happen often in the AFL. I'm not sure what it is the equivalent of. I definitely haven’t played a combined five minutes as a forward in my whole career. I just got put forward in that last quarter of the game. It was weird, I knew immediately once I marked it and the siren went, I knew the significance of it.

"It was really exciting, to be honest. I think football is a bit like acting. We crave the approval of people, we want the moment and that pressure. It was pretty cool. Even in the moment, it was fun."

Throughout the conversation, the 28-year-old pays due consideration to every question before responding. Yet now he is even more attentive with his answer. You get the sense he is still coming to terms with the moment. Even now as he reflects on it during a brief visit home, his mind is 17,208 km away back at the GMHBA Stadium. Reliving the moment under the bright lights on that field, feeling that energy and buzz all over again.

Just... incredible. Outside of finals or winning big games, it is the most fun I have had on the field I would say ever. You want those... a lot of players get certain moments, you’d be jealous. They get those moments and it is cool to watch but you always think 'I wonder what would happen if I got it?' Even if I had missed I still would have been proud that I was in the position to win it.

It was fun, weird, really bizarre. I remember the siren going and in my head, I was just thinking 'Jesus Christ. I can't believe it. People will see this now.' Do you know what I'm saying? It was really good fun.

Progressing, for Tuohy, means more than individual success. There is another goal still looming on the checklist, another sensation he is eager to experience. It's an ambition that has been increasingly weighing on his mind, as time's relentless march eats into the window of availability.

"We fell short again in the business end and maybe I'm at the point of my career now where that has become more and more important. I'm not content with just playing well. Although I had an okay year at best this year.

"I mean I am really enjoying it, but I am 28 now which in football years you are starting to get to the backend. I enjoyed the year and love playing for Geelong but I would like to finish with a Premiership. I'd love to know how that feels."

Championship success, with two young Irishman helping him and his club do it. Zach Tuohy is looking for his fairytale finish all over again.

SEE ALSO: 'If Mickey Mouse Was There He’d Have Gone Well As Captain Of That Team!'