FIFA 18 is here and there is nothing quite as exciting as starting a fresh campaign of Ultimate Team, testing out new players for your club going forward.

The more matches you play, the more coins you will make to spend on your squad, unless of course you are one of the persons that will inject their team with FIFA points from the outset, allowing them to bypass playing as many matches as you can to increase your transfer budget.

To make quick and easy coins, download the FIFA 18 Companion App for your mobile, login in on a daily basis to receive daily prizes, e.g. coins or packs, this also applies to their desktop version, Web App.

Before we delve into the transfer market, go to the EA Catalogue and with the currency that you have accumulated, buy the biggest coin booster than you can purchase and unlock coin boosters of 200 or 1,000 coins. You will receive these after every match that you complete.

Now we can delve into the market for our players.

The key to this is, buy players with well-rounded statistics because you want to be able to compete against players who have spent money on their squad or who are seasoned expert traders.

The players that we have selected are to help you get your side up and running until you can make some upgrades. 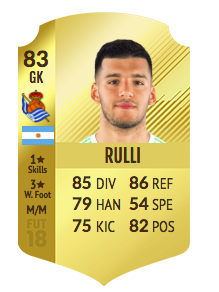 There is a raft of goalkeepers below the level Real Madrid's Keylor Navas and the majority of them are reasonably priced this is where Geronimo Rulli comes into the equation. Diving and reflexes are in the mid 80s and his kicking is not half bad either. A steal at 1,000 coins. 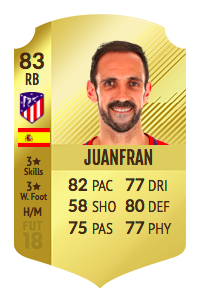 The second best rated right back in La Liga and he can be purchased for just 1,100 coins. The Spaniard has 82 pace and 80 defending. A solid squad member until you are willing to fork out for Dani Carvajal.

De Marcos of Atheltic Bilbao is also a fantastic option for a very, very low price. 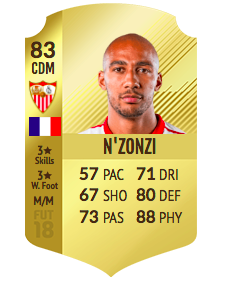 FIFA 18 is an extremely fast paced game compared to FIFA 17  but that doesn't mean you can't have a destroyer in central midfield of your side. His shooting and pace are nothing to write home about but look at how well rounded the rest of his stats are. A must have in your side for 1,700. 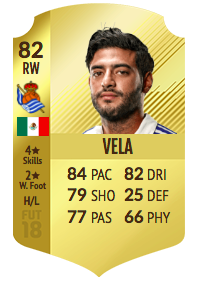 If you have been starting with a La Liga side every season in Ultimate Team, you are probably very acustomed to Carlos Vela. His pace and and dribbling are both in the 80s with four star skills and valued at 1,400 he is the perfect stop gap until you can afford Ousman Dembele or Gareth Bale. 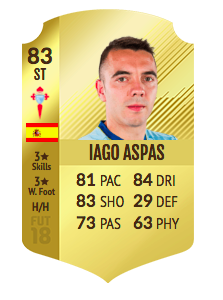 Liverpool fans do not think too fondly of Iago Aspas but since returning to his hometown club Celta Vigo, the striker has been rejuvenated and his stats in FIFA 18 would back this up. Pace, dribbling and shooting are all in the 80s, this man should be supply enough goals for the foreseeable until you can make upgrade to a next level striker like, Antoinne Griezmann.

Football
4 years ago
By James Carroll
David Meyler's Featured Squad on FIFA 18 Squad Battles Is Simply A Sight To Behold
Gaming
4 years ago
By Balls Team
Andrea Pirlo's New FIFA 18 'End Of An Era' Card Is Absolutely Majestic
Gaming
4 years ago
By Mark Farrelly
10 FIFA 18 Ultimate Team Beasts You Need To Buy This FUTMas
Popular on Balls
Football
2 days ago
By PJ Browne
Ireland's Lee O'Connor Says It Was An 'Easy Decision' To Leave Celtic
Football
1 day ago
By Eoin Harrington
Quiz: Name Every Player To Score In A Champions League Final
Rugby
23 hours ago
By Colman Stanley
Roy Keane Made Quite An Impression On Eddie Jones And The England Rugby Team
52