Here's How To Fish In Fortnite And Everything You Can Catch

Fortnite Chapter 2 has landed and the game is arguably better than ever. They've given us a new map, stripped back the inventory and brought in some new, exciting features. Rivers, swamps and inlets play a big role in chapter two, with players now able to swim, ride boats and use a fishing rod. But how do you use it? Here's how to fish in Fortnite.

How to fish in Fortnite

The introduction of fishing rods has all the hallmarks of one Red Dead Redemption fans' favourite pastimes but they're more than just a cosmetic addition to the battle royale game. Fishing can be really useful, with the prospect of catching fish that can upgrade your health or shield or actually catching some great weapons.

One redditor even manged to catch his own teammate on the fishing line and reel him out of the danger of a sniper.

I was trying to see what all was possible with the fishing rods, and ended up saving my friends life from r/FortNiteBR

So now that we understand the value of fishing, how do you actually do it? It's pretty simple really, as YouTuber, KRYPTIK, explains in his instructional video. First of all you'll need to find yourself a rod. These are actually really plentiful. You can find them in chests, on their own or in barrels near any body of water. 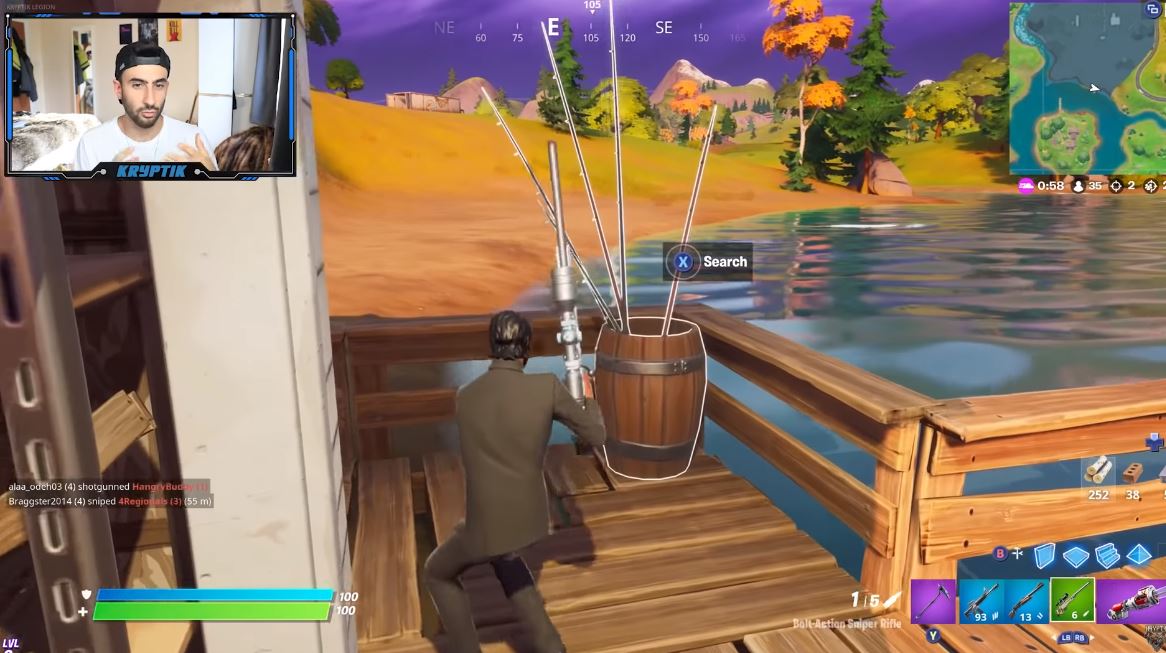 Next up you need to bring the rod over to the water and cast out the line. To do this, hold the RT/R2 button or whatever button you use on your device for firing your weapon. This will bring up an arrow indicating when the hook will land should you cast immediately.

Move the aim around until you're happy with where it's landing and then cast your line.

If you cast your line just into normal water then the likelihood is you won't catch anything great. Keep an eye out for ripples in the water and aim your rod for that spot. Once you feel a tug on the line and you see your float go down beneath the surface then quickly press the 'fire button' again to reel the line back in and see what you've caught.

You can catch fish, weapons and food cans. Some fish improve your health when eaten but the best fish you can find is the Slurpfish. It gives you a mixture of 50 HP or shield depending on what you need. Head to slurpy swamp for a better chance of catching them. 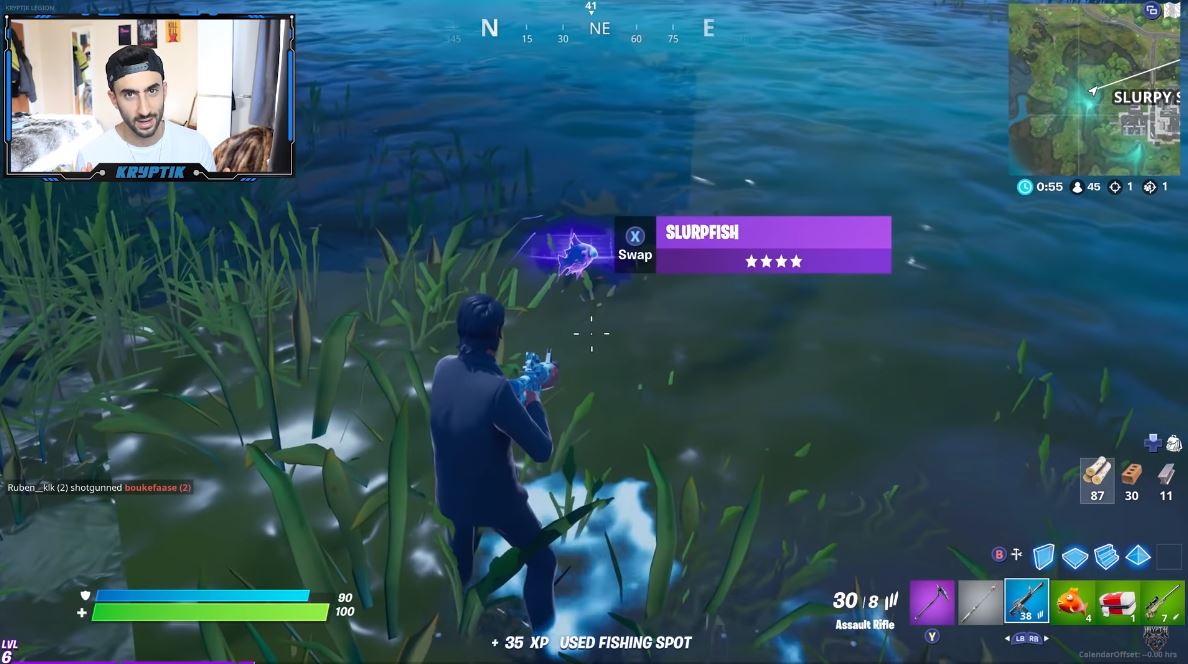 Aside from fish you can also catch weapons, and it would seem there is no cap on the quality of weapon either. In KRYPTIK's video he managed to actually catch a legendary burst assault rifle!

So there you have it. Everything you need to know on how to fish in Fortnite. You can watch KRYPTIK's full video below.

See Also: Another Irish Player Features in FIFA 20's Team Of The Week 5

Gaming
2 years ago
By Michael McCarthy
Fortnite Champ Raided By Armed Cops After Hoax Call
Gaming
3 years ago
By Gary Connaughton
Epic Games Announce Release Of Amazing Fortnite NFL Skins
Gaming
3 years ago
By Gary Connaughton
Weekly Challenge Explained: Where Are The Flaming Hoops In Fortnite?
Popular on Balls
GAA
3 days ago
By PJ Browne
Mayo's Padraig O'Hora Using Football To Promote His Real Passion
Rugby
1 day ago
By Colman Stanley
'That Pace, That Intensity, That Organisation' All Black Legend Has High Praise For Leinster
GAA
1 day ago
By PJ Browne
Jim McGuinness's Gut Tells Him Dublin Will Win The All-Ireland
The Rewind
2 days ago
By Eoin Harrington
Watch: Brilliant Dermot Morgan Dublin Segment From 'The Travel Show' Resurfaces