The Irish Player Ratings In FIFA 20 Are Sobering

The player ratings for the Ireland squad in FIFA 20 have been revealed, and they do not make for pretty reading. While we were not expecting Irish players to be amongst the best in the game this year, we were certainly hoping for better than this.

Seamus Coleman remains the best Irish player in the game, although his rating of 79 OVR is a drop of one point from last year's title.

Shane Duffy and Matt Doherty are in a tie for second place on 78 OVR, with Robbie Brady on 76 OVR. Darren Randolph, Ciaran Clark, James McCarthy and Jeff Hendrick are the only other 'gold' players, all being rated at 75 OVR. 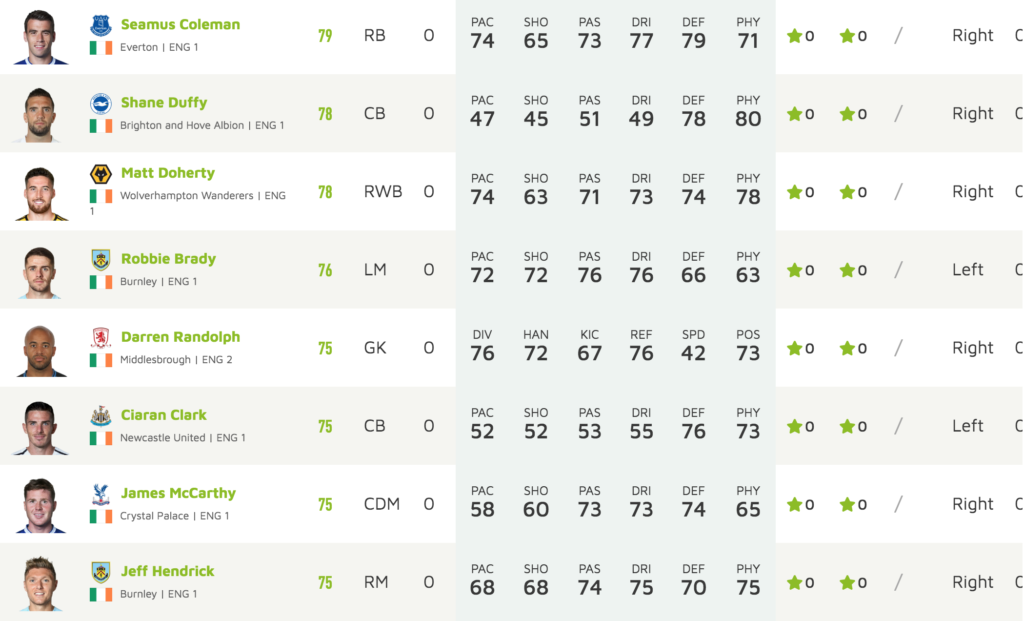 We can feel especially aggrieved with the rating of Matt Doherty here. The Wolves man was rated at 77 OVR in by January  onFIFA 19, and with the season he had in his debut Premier League campaign, you would have expected that to take a significant jump.

We have quite a few players at 74 OVR, with the likes of Enda Stevens, John Egan, Shane Long and Conor Hourihane all just below the gold level.

Callum Robinson is at a disappointing 73 OVR, with David McGoldrick at 72 OVR. 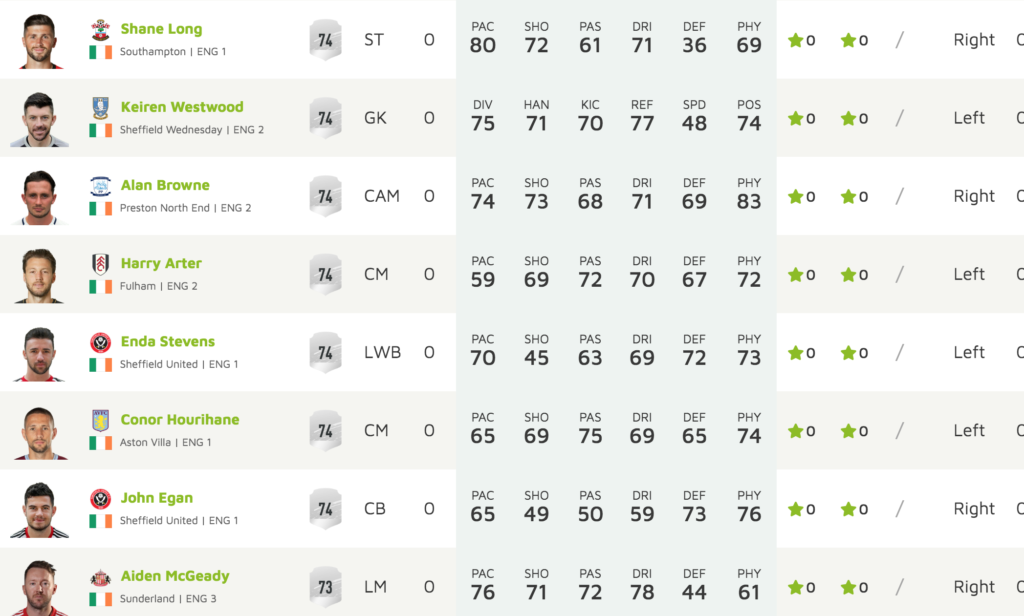 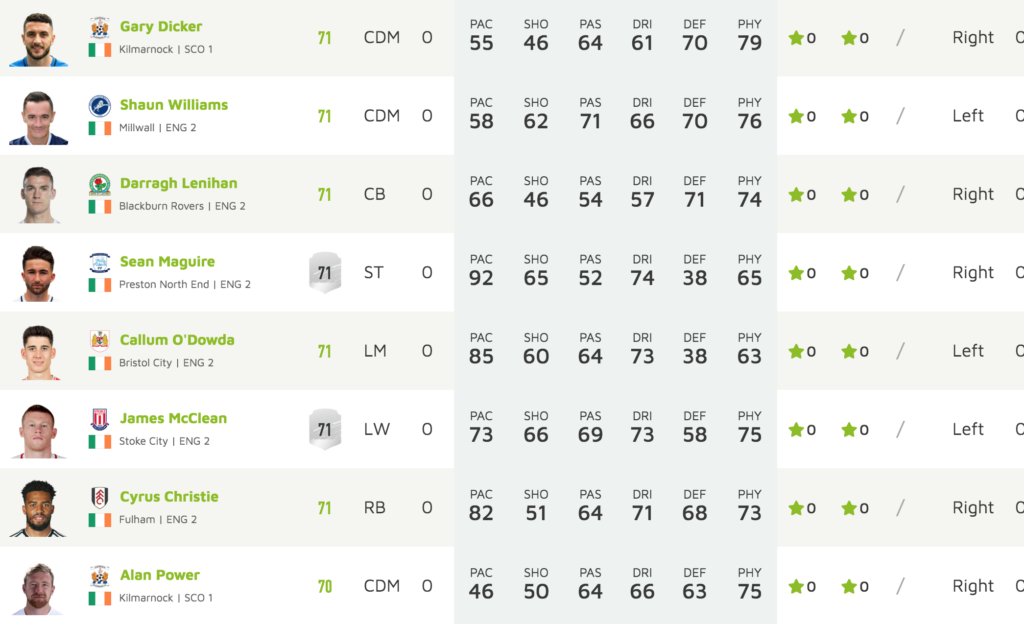 Troy Parrott and Aaron Connolly, two of the most exciting young players in Irish football, share a 64 OVR rating. Of course, there will be plenty of room for that pair to grow if you sign them in career mode.

These players will be stuck with those ratings until January at least in Ultimate Team, although they will fluctuate throughout the season in kick-off mode.