EA Sports have announced who has earned a spot in FIFA 19 TOTW 26, and there are some mouthwatering items for us to get our hands on.

Four Premier League stars make the cut, with hat-trick hero Raheem Sterling the most eye-catching inclusion. James Rodriguez is also given a cracking in-form icard, with a number of other strong offerings from throughout the European leagues. 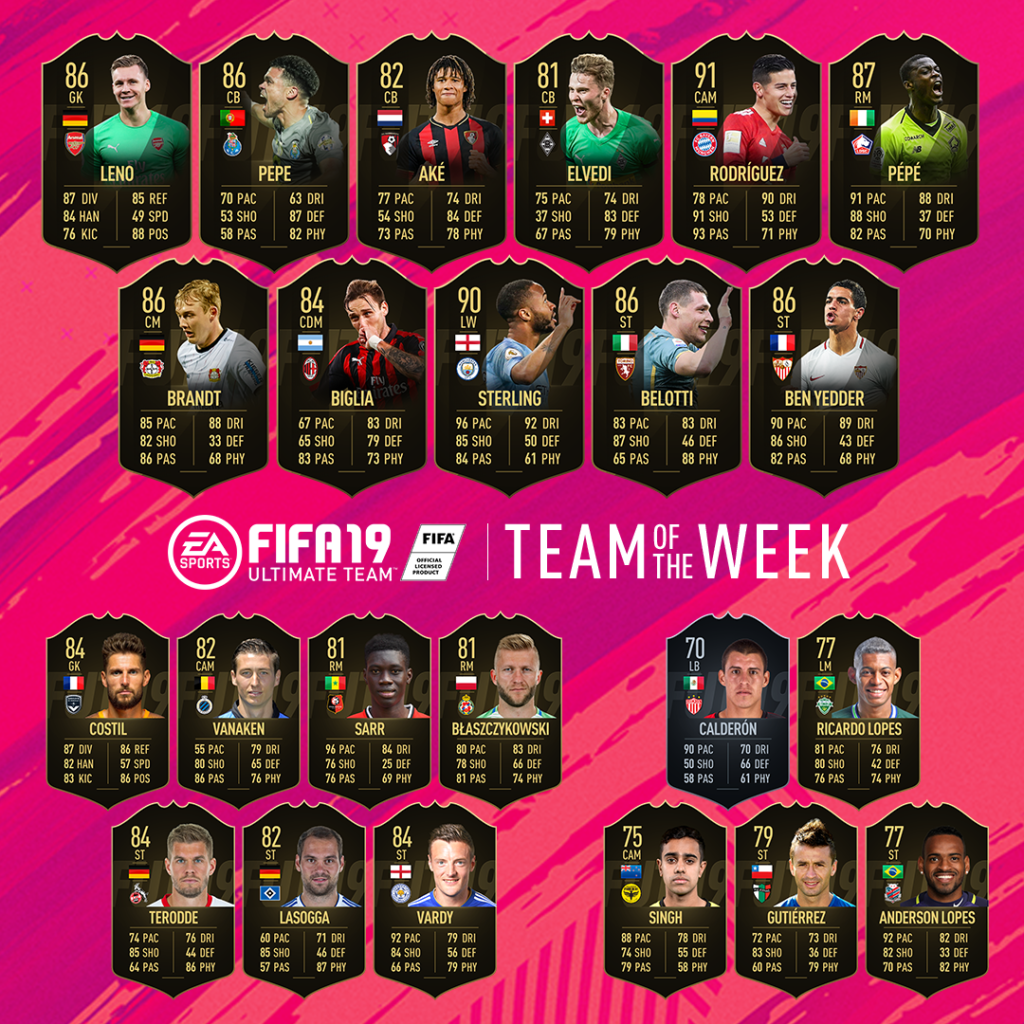 The Raheem Sterling 90 OVR in-form is the one that will draw your attention here, with some incredible stats on show. His 96 pace and 92 dribbling mean he will be the perfect man to break down opposition defences. His shooting and passing isn't bad either, rated at 85 and 84 respectively.

Jamie Vardy is also sure to be a popular choice, while Leno and Nathan Ake complete the Premier League contingent.

James Rodriguez is the highest rated player in this week's squad at 91 OVR. He starred in Bayern Munich's massive 6-0 win over Wolfsburg, and 90+ passing, shooting and dribbling will make him the perfect attacking midfielder to have in your team.

Nicolas Pépé scored the a late winner for Lille as they overcame St-Etienne, and has been giving a stunning card as a result. His pace, dribbling and shooting are all phenomenal and will be a serious addition to any squad featuring Ligue 1 talent.

Andrea Belotti and Wissam Ben Yedder are two 86-rated strikers you can also find in pack this week. The Frenchman is probably the more appealing option due to his pace and dribbling advantages, but Belotti's strength makes him a different type of player to have up front.

Porto's Pepe rolls back the years with an inclusion here too, while Julian Brandt is a very well-balanced player on the wing.

SEE ALSO: The Best FIFA 19 Custom Tactics To Get Your Team Winning Games